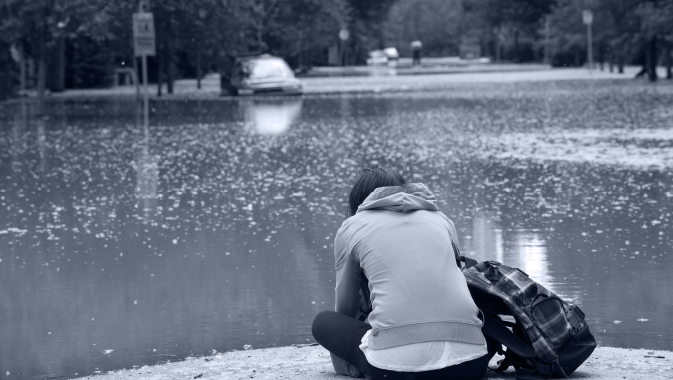 How one outlines a natural disaster is open to interpretation, but the generally accepted meaning is that it is a catastrophic event that essentially cripples a community, so much so that outside resources are required in recovery efforts.
~
Canada is no stranger to natural disasters. One such example is the Newfoundland hurricane in 1775 that claimed 4,000 lives and sank over 1,000 fishing vessels. This natural disaster was one of Canada’s worst for the sheer number of fatalities.

Also, the Great Miramichi Fire in 1825 extensively destroyed forests and one-third of Fredericton, New Brunswick’s homes with hundreds of lives lost in neighbouring towns. The fire is one of the three largest forest fires ever recorded in North America.

According to Public Safety Canada, large-scale natural disasters have been occurring annually since the 1990s. These natural disasters range in type and severity, but with increased urbanization and the accompanying increase in wealth, greater losses can be anticipated.

In fact, the Fort McMurray wildfire in 2016 was the most expensive disaster in this country’s history, according to the Insurance Bureau of Canada. Losses from ‘the beast,’ as the wildfires later became known, have been calculated to be close to four billion dollars as approximately 90,000 people were forced to flee their homes.

Coping with such a natural disaster is one of this country’s greatest challenges. The response needs to involve the implementation of disaster management mitigation at its various levels.

Conference Board of Canada’s Director of National Security and Strategic Foresight Dr. Satyamoorthy Kabilan notes that the concept of vulnerability also takes into account the idea of preparation and the connections to emergency response systems that communities have, whether municipal, provincial, federal or otherwise.

The question that needs to be asked is whether practice measures related to disaster planning are in place. “Have you got mitigation strategies for some of the vulnerabilities or some of the risks that your community faces?” asks Dr. Kabilan.

In speaking about the economic impact of vulnerability, Dr. Kabilan refers to the Fort McMurray wildfires. “The measurement of those disasters varies a lot. One piece that’s not always recognized is the actual economic impact, particularly for the private sector.”

He explains that Fort McMurray and the municipality of Wood Buffalo is essentially dependent on the oil sands. This core economic driver is the main resource upon which the community has come to rely upon for its livelihood. Dr. Kabilan explains that by not looking at ensuring that economic viability, “then the viability of the community and therefore its vulnerability in the longer term is also affected.”

This means that the private sector has to become, “an integral part of our disaster planning,” he adds. “Because if we save the town but save nothing of the industry that supports the town, does that actually save the town? That’s not always factored in.” He suggests that loss numbers do not always take into account the actual economic output. “The work we did in Fort McMurray included looking at the output and the broader economic impact that the shutdown had once we had the wildfires go through.”

The conference board estimates the wildfire losses to be five billion, rather than four billion. “That’s the broader picture including economic impact,” he says.

Flooding and public infrastructure damage is seen as the most common natural disaster risk facing this country today, but with the Fort McMurray incident, “wildfires are back on the radar.” Dr. Kabilan notes that there have certainly been some large wildfires, but it is, “only when it impacts on urban areas do we start regarding it as a major disaster.”

Over to the east, recent events in Atlantic Canada have included an increase in winter storms such as the ice storm in New Brunswick in early January 2017 that left over 100,000 without power for several days. Another widespread disruption in the province was in 2014 after post-tropical storm Arthur left close to 200,000 residents without power. “We certainly got a mix of natural disasters,” says Dr. Kabilan.

Other natural disaster risks in this country include earthquakes. “We haven’t seen one in a while, but we do know that the West Coast is at a risk of a major event like that. So it’s actually a mixed bag.”

He suggests that the problem with some of these disasters is that, “they tend to be high impact, low probability events.” However, just because natural disasters like earthquakes have not been experienced on a grand scale yet, does not mean that we should not be prepared.

Some of the disasters we notice mainly because they have “impacted human settlement,” says Dr. Kabilan. “We do see some very large wildfires across Canada. But when they occur in remote regions and don’t end up impacting an actual community, it’s not treated as a disaster, but it’s a large-scale natural event.”

When a natural disaster is affecting communities, then there are other factors to consider in measuring the impact. When calculations are being made from an insurance perspective, and there are expensive homes on floodplains and a flood strikes, “part of the scale of that natural disaster, because we measure it in monetary terms, is due to the fact that it’s hitting residences which have a high value,” explains Dr. Kabilan.

Dr. Kabilan suggests that there are a few new strategies in disaster management. “In a lot of cases, the major investments for mitigation only come after a major disaster has been seen.” He suggests that one of the reasons Calgary was so prepared for the floods of 2013, for example, was its investment in a city emergency management agency after its experience with previous floods.

“That gave them the impetus to do it,” he says. Without such mitigation investment, the Calgary flood, “would have been more of a disaster than it was,” suggesting that of the biggest changes that need to be realized are, “being able to act before a crisis happens.”

Other preparation requirements can include practicing for different disaster scenarios, tabletop exercises, and physical preparation drills. These exercises will help in understanding what components may be required to respond to a disaster. “I like to describe this as the Lego approach to disaster resilience,” adds Dr. Kabilan.

He explains this concept by relating that every time an exercise is performed, a couple of new bricks are picked up. When faced with an actual disaster, the bricks in your possession represent the “knowledge and relationships that you’ve built after every exercise.”

Although an actual disaster may differ from the exercise, the right bricks can be picked up and assembled into a formula that works against the situation being faced. Dr. Kabilan notes that one of the things that that has been observed is that, “not everyone buys into the philosophy of the need for that sort of practice which helps reinforce a lot of the relationships you may have,” such as those with other agencies, the private sector or other communities. “That sort of preparation, although it’s recognized as a good thing, isn’t something that’s always done and isn’t something that’s done consistently.”

The Conference Board of Canada has made recommendations based on its own research which suggests that “the private sector needs to be part and parcel of your emergency response. They need to be a partner,” in providing new skills or resources to which communities may not have access.

Dr. Kabilan believes that another strategy that needs to be implemented is that of community response. One of the lessons learned from the 2013 Calgary flood is that volunteerism was a great asset in getting things done as quickly as possible. “It’s almost flipping over the equation where people are not seen as victims any more but are able to do something, are able to add their voice [and] add their help in trying to respond and recover from an emergency.” Enabling communities through communication, relationships and engagement has “proven time and time again to be invaluable.”

The biggest challenge when addressing natural disasters is the mindset of preparation. If the risk is sufficient, “we need to be able to act, invest, plan [and] prepare, as appropriate, before the emergency hits. That, I think, is one of the biggest challenges that we face in the future.” Also, the private sector as partners must be, “something we incorporate going forward.”

Climate change presents issues for emergency management as it will undoubtedly exacerbate and complicate emergency measures. “It’s going to be one of the challenges that we have to deal with,” affirms Dr. Kabilan.

He contends that partnerships will be essential in addressing natural disasters moving forward. “No organization will be able to face every single major disaster in their future on their own,” he concludes. 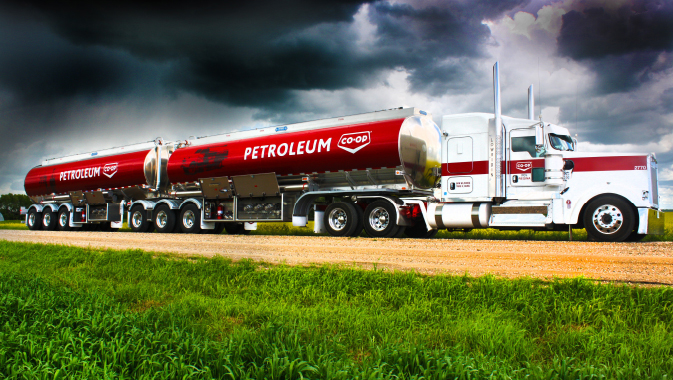 Canadian Tank Truck and Trailer Manufacturer on the Rebound