On the Cutting Edge of Irrigation, Agriculture and Lifestyle for Over 100 Years

City of Hermiston, OR 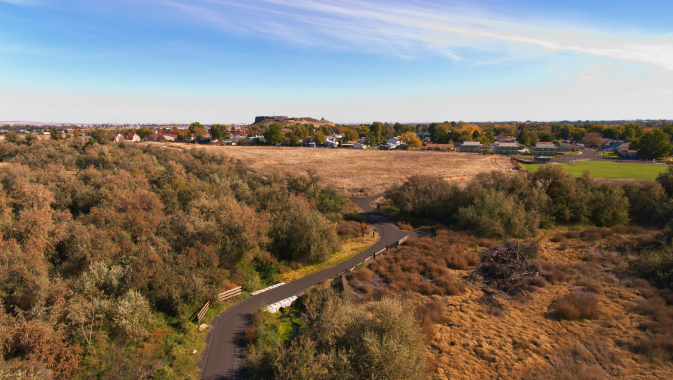 The United States Bureau of Reclamation (USBR) oversees water resource management throughout the western United States, controlling irrigation, water supply and hydroelectric power. As the largest wholesaler of water in the nation, USBR brings life’s elixir to 31 million people and provides one in five Western farmers with irrigation for ten million acres producing 60 percent of the country’s vegetables and 25 percent of the fruit and nuts. USBR is also the second largest hydroelectric power producer in the U.S…
~
Secretary of the Interior Ethan Allen Hitchcock established the U.S. Reclamation Service in 1902 as part of the U.S. Geological Survey. Revenue from the sale of federal lands financed the program, allowing the agency to study water development in each western state.

Water reclamation and the railroad are the two parents of many a community throughout North America. Hermiston, Oregon is one of those towns. I spoke with Byron D. Smith, the city manager, from his office. “Hermiston is a relatively young city,” he says. “It was established as a stop on the railway line but then some investments were made by the Bureau of Reclamation in the early 1900s for some irrigation infrastructure and that really jumpstarted the town.”

Over the past one hundred years sometimes referred to as “the American century,” Hermiston has grown from a tiny outpost to a thriving mid-sized city. “We’re now a major agricultural center, and the Columbia basin is known for a long growing season. There are many crops growing here with high yields; we grow it and then process it and then send it out.”

Sitting on a nexus of rail lines facilitates the town’s function as a distribution hub for the western U.S. “We sit on a mainline of the Union Pacific Railroad; we have both a north-south and east-west Interstate close by; and we’re only five miles from the Columbia River, so we have a lot of transportation infrastructure nearby.”

Home to a Wal-Mart, FedEx, and UPS regional distribution center, all of which take advantage of Hermiston’s proximity to the major arteries, the location is central and allows those companies to distribute to the entire northwest. “Businesses recognize our excellent transportation infrastructure,” says Smith.

On the forefront of irrigation research and sitting in one of the most fertile landmasses in the world, Hermiston is an agricultural hub. “We just made a $20 million dollar project to upgrade our wastewater system, which allows us to discharge into an irrigation canal, which allows that water to be re-used. It can go on any crop because it’s treated so well.”

The land along the Columbia River has been known for its agricultural abundance since long before Europeans first settled there. “We also have excellent soil quality and a long growing season. This area has really taken hold of the idea of water conservation so we have some state-of-the-art irrigation techniques that developed here and then spread throughout the country and the world.”

Despite weathering The Great Depression of the thirties and a dozen or so recessions since, Hermiston hasn’t felt the shocks some areas have suffered due to its focus on farming. “The economy is good, but having agriculture as a backbone keeps the region fairly steady. Everyone needs to buy food even if there’s a recession. So we stay pretty even-keeled; we’re on an uptick along with the general economy in the country.”

Consistent growth has been the pattern for Hermiston for over a century, with some acceleration in the past half-decade or so. “We’re seeing a lot of investments lately from companies outside the area. We just had a hotel add 90 units; we’ve also added some more retail space that will be coming online in the spring, so things are looking positive right now.”

The people of rural Oregon aren’t far from their pioneer roots, and the city is expected to operate frugally and efficiently. “The city is lean; we get a lot done for little. We operate electrical and water utilities and have some of the lowest rates in Washington-Oregon. We have a very solid workforce and we don’t experience a lot of turnover.”

Hermiston is a scenic and livable town that provides an excellent environment for retirement as well. “We just recently secured funding for a new seniors center / community center,” says Smith. “We received $2 million from the state and we plan on matching that contribution and then starting construction in April or May.”

Another project in the works is the relocation of the fairgrounds to make space downtown. “The city is a partner with Umatilla County, and together we’re going to move them from their home for the past 50 years. We’re going to use the space to build an expansion of the high school and the fairgrounds will move to what we call the Eastern Oregon Trade and Event Center, or EOTEC,” Smith explains.

“We also have a major effort going to reinvigorate our downtown. We have an urban renewal district that generates tax revenue that can be used there. We have a few projects that will be starting later this year that will add a lot of retail and excitement to our urban core.”

Of course, the challenge with continuing to add population is maintaining the level of services Hermiston has come to expect. “We’ve been steadily growing for the past forty years – nothing flashy, but consistent. So our challenge is to make sure we address our infrastructure. We’re in the process of a capital improvement plan.”

Cars, trucks and tractors move through Hermiston with ease but as the population increases, capacity has to increase along with it. “With the growth has come more strain on our traffic system so we’re trying to figure out how we can build more capacity into our street infrastructure. The state of Oregon is working on increasing transportation funding so we’re working to be ready for that when it is finalized… We need to make sure we can deliver what we need to.”

Unlike the other side of Oregon where wetlands and flooding can be a problem, Hermiston sits in a far more arid region often contending with the opposite dilemma. “We’re on the dry side of Oregon; our issues are making sure we have enough water. We’ve been working with the farms to secure more water and irrigate more land. We have only one major wetlands area in the city. We’ve been working with the property owner to make a park, so we’re looking for funding for that too.”

Developing the more urban elements of Hermiston has been balanced by offering new ways to appreciate nature. “We’ve had some very successful park development in the past five years. Three years ago we opened a trail called the Oxbow Trail that is a mile and a half and goes through land owned by the Bureau of Reclamation. They were excited to get it open to public use and restore it to its original state. We took out a lot of invasive trees and so forth. Oxbow is a real feather in the cap for the city. We have funding secured for another trail addition that we’ll be designing this year that will make our parks more accessible.”

Despite focusing as much as it does on parks and nature, being business-friendly to companies that want to build in Hermiston is one thing that makes the community different. “This city has always been open to development,” says Smith. “A lot of cities take the approach of being very bureaucratic, but we take the approach of working with developers. We’re continually working on ways to encourage residential and commercial or industrial projects.”

The Internet and social media are increasingly indispensable tools for communities to communicate with their citizens, and Hermiston is no exception. “Over the past five years the city has tried to get into the right century. We’ve improved our website to communicate better, we’ve gotten on Facebook. One of the successes we’ve had recently with social media is we went through a rebranding process for the city. We were able to get a lot of great feedback from our citizens and we’ve developed a new brand and a new logo through consulting with the residents.”

Education is very important to the people of Hermiston. “Our school system is very good,” shares Smith. “[It’s] the largest in Eastern Oregon, which is very rural, so there are lot of programs for our students that people don’t expect to see in smaller communities.”

The next ten to twenty years will likely be the same as the last for Hermiston – dynamic expansion. “We’ll have continued growth. The population is aging and we’ll have our new seniors center to address that. We’ll attract more business too. Our population is 17,000; in ten or twenty years it will be 35,000,” Smith says.

“We are open to growth, open to new people. With Hermiston having grown significantly in the last twenty years there’s not a lot of the ‘good ol’ boy’ mentality around here. There are opportunities to come into the city and make an impact because so many people are new.” 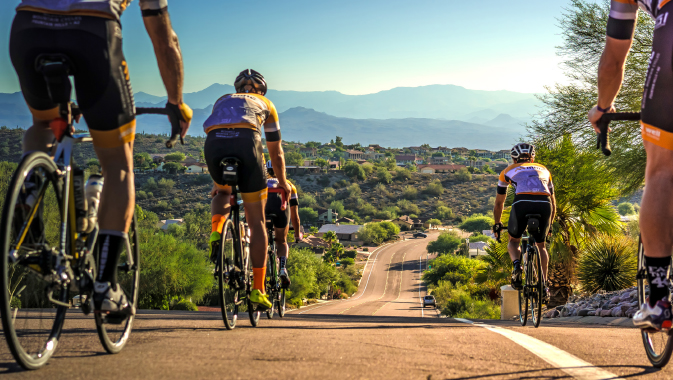 On the Cutting Edge of Irrigation, Agriculture and Lifestyle for Over 100 Years