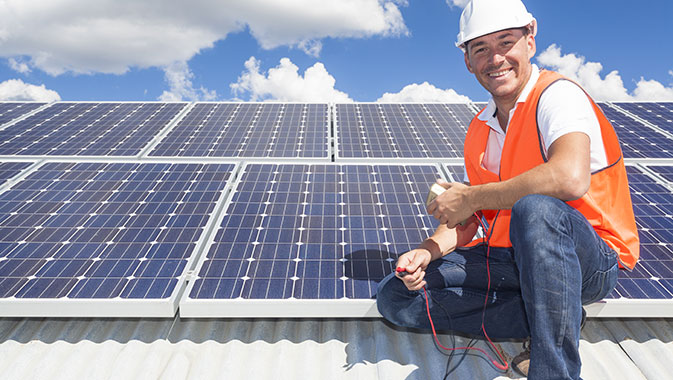 Grasshopper Solar was formed in 2010 as a branch of Grasshopper Energy. The company is one of the most experienced installers of rooftop and ground-mount solar systems in Ontario. It addresses an increasing demand for renewable energy with systems that are designed to perform reliably and are supported by its proprietary, state-of-the-art software. The company’s affordable systems make green energy accessible to everyone.
~
Azeem Qureshi, President and CEO of Grasshopper Solar, believes that the price of solar technology should not be prohibitive. His vision is to make it affordable to everyone and that this will then help the environment. Grasshopper has the largest residential solar portfolio in Ontario and through its ‘free solar program’ and continued education is set to flourish.

Originally from Canada, Azeem had a consulting company in the U.S. which primarily provided business process management and business intelligence for Fortune 500 companies. He saw a growing awareness of green energy and sustainability. Azeem yearned to come back to be with family, which he did in 2007 to start Grasshopper. He had no idea where to begin but knew that the company should focus on green energy and sustainability.

“One of the voids in the market was that there were various programs at the federal, provincial and local levels, but they were not being delivered in an organized manner. We looked at how we could deliver them, using these programs to residents and commercial clients.”

The company began with assisting clients in obtaining all the rebates and dollars available through the ecoENERGY program for energy audits. Grasshopper would send energy advisers to perform the audits, and 5,000 were accomplished in 2010.

In November 2009, the Ontario government began the Feed-in Tariff (FIT) program to encourage renewable energy and assist the economy by creating jobs. The government buys power produced by the rooftop solar installations at guaranteed rates over a term of twenty years.

“Typically that contract period is twenty years. We recognized that it was a good program and became engaged. I personally believed in solar because my background is in engineering – specializing in mechatronics – and, to me, this technology was quite eloquent. It was quite beautiful, and you could deploy it just about everywhere as the sun is everywhere.”

The main problem was price, as these systems cost between $50,000 and $100,000. Nine out of ten people could not afford it, so the goal changed to be able to address the needs of the nine. Grasshopper then designed a system that was tailored to mesh with the FIT program, procured the necessary equipment and put it together as a turnkey service. Azeem was adamant that his company would provide solar for everyone. As a result, Grasshopper created its ‘free solar program.’

This program allows qualified homeowners who participate in the government program to have solar panels installed on their rooftops for free, and income generated from the system pays for the equipment and its operating costs. For the initial phase, Grasshopper raised $3 million in 2010 and $12 million in 2012 before acquiring $100 million to expand the program in 2014. More recently it has added $67 million to continue that expansion.

“It’s been a very successful program. We have managed to get a lot of Ontario homeowners the solar they wanted on their rooftops. The beauty of this program is that you don’t have to pay for it. We don’t do a credit check; they don’t have to pay for insurance or to maintain it. We take care of it all, and it is a hassle-free program.”

At the same time that Grasshopper was initiating the residential program, it was installing $50 million of panels in commercial and industrial spaces. The company recently installed panels on top of the War Amps facility in Toronto. Its ground-mounted solar projects are also seen in the country on field edges.

The company that started with Azeem now boasts over two hundred employees and is still looking to expand its footprint and program from Ontario into other markets in Canada and the U.S. In Ontario, the company is the largest solar company.

“We do everything, starting from EPC (engineering procurement construction) and then own, operate and maintain that infrastructure. Everything is done in-house, and we are not dealing with various different parties to put it all together.” Other companies have attempted this, but on a much smaller scale.

Grasshopper places a priority on retaining a high level of service despite its rapid growth. Azeem explains any issues with service or delivery have been addressed through technology, the skills of its people, close collaboration between all parties and hands-on management.

“I am a big believer in technology and automation to reduce human error. Hands-on management is very important to be engaged with your team. I listen to customers and am always aware of any issues that may develop on site. You want to be connected with your front lines. When management starts getting disconnected, that’s where things start to lag, and problems become bigger.”

Another challenge has to do with reaching out to new customers who need to be educated since there are misconceptions about solar technology. Many people are wowed by the ‘cool’ factor but do not understand how it works.

The company has asked the government to spend money on education to explain why solar is matters. Grasshopper is still small and does not possess the funding to running a multi-million dollar campaign.

“We are very grassroots in that respect. It’s like hand to hand combat in going out there, educating people, talking to them and getting them onside. It’s a lot of hard work and education.”

Realtors who state that solar may decrease property value or make a property hard to sell can be a challenge for Grasshopper. A Department of Energy study from the Lawrence Berkeley National Laboratory says the opposite; it increases property value and is attractive to buyers. Azeem believes that the negative thinking will go away eventually. Still, this is a transitioning phase. The technology is new, and there will be both early adopters and naysayers.

A free solar program for commercial and industrial properties is in its incubation phase. Grasshopper wants let businesses know that the company can put up the infrastructure, maintain it and fix it if anything goes down.

“It’s nothing out of your pocket, and we will take our payment off the savings that you see. If there are no savings, then we don’t get paid. It’s a win/win situation. There is no risk to the business owner, and that’s the way we structured it. We are taking care of all the risk.”

There are some challenges however with that model, one of the biggest being measurement and verification (M&V). This is the process for quantifying energy conservation measure savings. It is a matter of measuring the energy savings rather than just the financial savings which may vary due to fluctuating energy prices.

Azeem believes the market will continue to grow, and Grasshopper is still in the early phases of its growth. A lot is happening with technology, and it is going to be of paramount importance that the company adopts a global outlook and not only deal in the Ontario market.

“We are constantly looking at new and upcoming technologies. Our mandate really is not solar, but our mantra is to say, ‘How do we take these wonderful products, that are great for the planet and the environment, to make sense for homeowners and business owners? How do we deliver them, so they are affordable?’”

Azeem is very passionate about the environment and the planet and wants to ensure that future generations are taken care of, without a high cost. “You shouldn’t have to sacrifice buying groceries to get solar on your rooftop or have more energy efficient windows and doors. We will expand into new homes and commercial enterprises with that philosophy intact.” 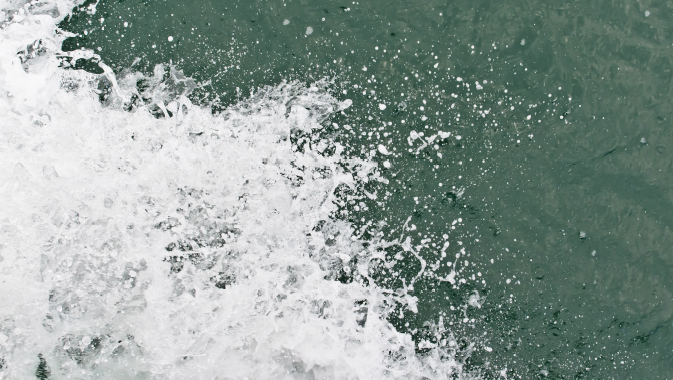 Making Waves on the Coast