The Grande Ronde Valley in Union County, Oregon, has a rich history. Surrounded by the Blue Mountains, the valley was known as the “Valley of Peace” and inhabited by indigenous peoples of the Nez Perce, Cayuse, Umatilla, Walla Walla and Shoshone tribes. Pioneers began to settle along the historic Oregon Trail when gold was discovered in the impressive surroundings of the Blue Mountains in 1862. It was not long before Union County also became known for other natural resources including the agriculture, forestry and ranching upon which its economy was founded.
~
Although these natural resources remain significant assets in Union County’s economic landscape, the county is recognized for its continued growth in industries such as manufacturing, healthcare, scientific and technical services and education. The Union County Economic Development Corporation (UCEDC), along with its partners, is proving instrumental in ensuring that the county is seen as very open to business for both traditional businesses and start-ups.

Union County, in the state’s northeast, is comprised of eight communities: Cove, Elgin, Imbler, Island City, La Grande, North Powder, Summerville and Union, each of which provide the County with a unique sense of place.

In 2011 the UCEDC initiated its business retention and expansion (BR&E) program in partnership with Union County, the city of La Grande and its chamber of commerce. The focus was on the collection of data and information from the business community – primarily through interviews – to assess business needs and issues of expansion and employee recruitment. The Business Retention Program has identified as targeted industries advanced metals manufacturing, vertical integration of companies that utilize wood products from the Boise Cascade plants, and recreational technology manufacturers.

“One of the primary issues facing our industrial sector in Union County and our traded sector is the recruitment of a skilled workforce and also the retention,” says Dan Stark, UCEDC’s executive director. “That’s been very important because it’s fed into a discussion that’s been going for some time.”

In 2014, the residents within the La Grande School District passed a $33 million school bond, which will help address this issue through the creation of a new Career Technical Education center at the High School. This program will serve all students within the County. Additionally, Union County has supported a contract with Blue Mountain Community College, sixty miles north of La Grande, so that the College can assist in delivering curriculum at the city’s La Grande School District’s new career technical education facility. The programs offered at the technical facility have a concentration on agriculture, advanced manufacturing and biomedicine. “They’re working with the industry, agricultural producers and the hospital to develop programs to address the needs of the hospital,” says Christine Jarski, the city of La Grande’s economic development director.

The UCEDC is a 501(c) (6) non-profit located in the county seat of La Grande and is one of the major partners working in conjunction with Union County, the city of La Grande and the business community, particularly the industrial sector, “to provide and assure that we have buildable land supply to meet expansion and business attraction in the county,” explains Dan.

The business recruitment program, also initiated in 2011, shares a similar mandate as the BR&E in acting on business leads through a proactive recruitment strategy. “We have to be really focused in our targeted industries,” says Christine. “Location dictates that we have to look for businesses that fit, that will be comfortable and feel that they can thrive in Union County, being the distance that we are from, say, Portland or Boise.”

Union County has incentives customized to business interests, particularly its popular enterprise zone program in which, “you can get property tax relief for new construction and new equipment for development – generally three years of tax relief,” notes Dan. “All of our major employers in the county have utilized the enterprise zone incentives in their development.”

La Grande has an urban renewal district which includes the central business zone, the downtown core as well as targeted development in the La Grande Business and Technology Park, which is suited mostly for light manufacturing and professional services.

One such incentive, in the form of a grant, was introduced in 2014 as the traded sector business attraction incentive. Businesses can receive a one-time grant of up to $200,000. This is specifically targeted, “for businesses relocating from outside Union County that want to expand or relocate into our business park,” explains Christine. She says that the most popular urban renewal program is the business revitalization incentive grant, “where we can go up to $75,000.”

There are three other business parks in Union County that include the sixty-acre Baum Industrial Park, the largest shovel-ready industrially zoned land. “Having an unincorporated industrial park serviced by municipal services is quite rare in Oregon,” notes Dan. The airport industrial park has approximately forty acres and there is a smaller twenty-one-acre business park in Elgin. Additionally, the City of La Grande recently incorporated 200 acres into its Urban Growth Area to be developed as large lot industrial sites. “We are looking at how we can bring more industrial land into our inventory that’s ready buildable land,” he continues. “Having a good land base is really critical.”

Transportation infrastructure – in the form of interstates and rail – essentially follows the Oregon Trail in Union County. The I-84 connects the county to Boise and Portland and south to Salt Lake City in Utah. The I-82, forty minutes west of La Grande, connects to the I-84 and heads north into central Washington State to the tri-cities of Kennewick, Pasco and Richland, to Seattle and Spokane in Washington, and to points further east through the I-90 connection.

Rail service is also provided in Union County through the Union Pacific Railroad and the Idaho Northern & Pacific which runs from La Grande to Elgin, twenty miles north. Both road and rail, “provides our linkage to the whole western United States,” states Christine.

Oregon’s ports of Umatilla and Morrow are approximately ninety miles from La Grande with the Port of Portland about 270 miles from the city along the I-84 and directly served by Union Pacific Railroad. “We have good connectivity,” says Dan. “Distance is one of the issues we deal with on a regular basis in terms of business development and recruitment. Our industrial base here doesn’t raise any complaints about their ability to move their products.”

Agriculture is the foundation of Union County’s economy, and programs related to agricultural sector development are hugely significant. Agriculture serves as a driver for some of the many technological services in the region, Dan says. “We do about $100 million in sales of commodities and livestock out of the county each year … the farmers out here have to get smarter in order to stay competitive, and technology is one way they’re getting there.”

Dan says that one of Union County’s largest industries is Boise Cascade Wood Products which has four wood product plants in La Grande. “They are a major employer and have been a major part of the local economy for a number of years.”

Other significant manufacturing industries include Outdoors RV Manufacturing (ORV), which employs 194 people and has recently expanded to include a new 50,000-square-foot facility in response to an increased demand for its outdoor products.

Barreto Manufacturing Incorporated manufactures garden and home improvement equipment which is sold to rental companies and home improvement stores, and sells “a considerable amount of their product into Europe,” says Dan. “They’re able to connect to a wider market out of La Grande.” Such industries were affected during the recession, “but we’ve bounced back fairly well.”

In terms of healthcare, La Grande’s Grande Ronde Hospital “has been expanding greatly in the last five years,” he adds. “They have been bringing health specialty services into the county.” With a new clinic facility, “our healthcare industry is growing faster than most of the other industries in the county.”

Christine explains that there have been a number of start-ups and expansions, particularly in the e-commerce industry. One such company is Dainty Jewell’s, a designer of women’s clothing which ships internationally from La Grande and has plans for expansion. The clothier “has a very interesting niche,” she says. “Her business is growing by leaps and bounds.”

“We have very good fiber connectivity in our county,” says Christine. This is the reason why Moda Insurance, a leading health plan insurance provider with roughly eighty stations offering customer service, decided to build its facility in the city ten years ago.

Other emerging businesses include engineering, accounting and financial services. “We are going to see growth in the back office support services industry,” Dan adds. “We’re going to market to that and get some growth from what we already have here.”

Another emerging sector is education, particularly La Grande’s Eastern Oregon University (EOU). The state has permitted the University to have its own governing board and the ability to control its services and curriculum. “They’re going to be expanding out into natural resources, agriculture and recreational services types of programs, which fits very nicely with our location,” says Dan.

Partnerships are essential to stimulate growth. Union County works in conjunction with partners such as the Northeast Oregon Economic Development District (NEOEDD), which serves the districts of Union, Baker and Wallowa.

These districts were formed through the Economic Development Administration (EDA), a bureau of the U.S. Department of Commerce and are linked to EDA funding. Dan states that the funding “has been very critical to a lot of the projects in Union County.” Moda Insurance and the University’s science centre are just two examples of organizations that have benefitted from EDA funding. “They’ve provided sewer and water development assistance throughout the county that’s helped economic development.”

Another partnership includes the Eastern Oregon Workforce Board (EOWB) that serves not only Union County but seven other counties including Baler, Grant, Harney, Malheur, Morrow, Umatilla and Wallowa. The EOWB’s vision is to create prosperous communities and economic stability through quality jobs, skilled workers and successful businesses. Representatives from industries in each of the eight counties, “sit around the table and actually direct how workforce development funds are utilized in our region,” explains Dan.

Additionally, the city of La Grande, Union County and UCEDC are members of Team Oregon Advanced Manufacturing Initiative, an organization which concentrates on showcasing Oregon as a great place to relocate with exceptional expansion opportunities. “It’s a stated testament to the interest our governments have to furthering our economic development, that they’re willing to put those resources into an organization like Team Oregon,” says Dan.

Christine concludes by stating that Union County, “is vibrant and it’s dynamic, but with that rural feel and strong sense of community.”

You can learn more about Union County and its business climate at ucedc.org. 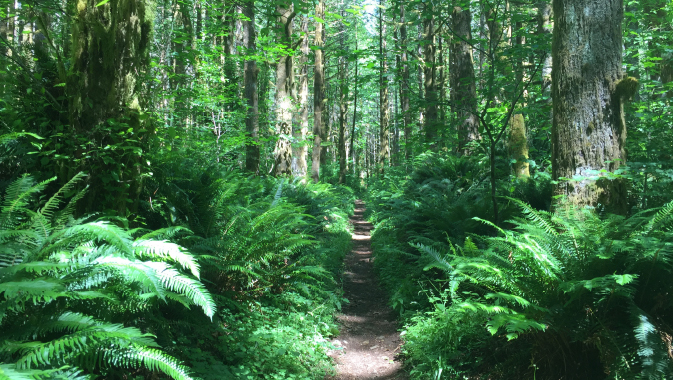