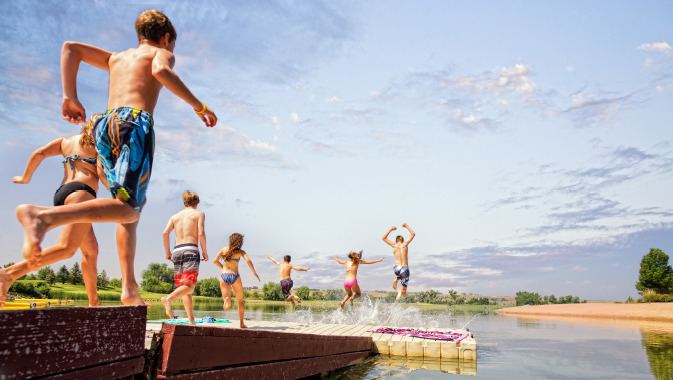 Water Valley has emerged as Northern Colorado’s only resort-style community and has become one of the most desirable places to live in the Rocky Mountain state. The Water Valley project has grown considerably over the years as CEO Lind and his team have added approximately three hundred additional acres to the core area, along with approximately four thousand acres in the area dedicated to other projects over the last thirty years.
~
In business as in life, success is often the result of doing what you love. For Chief Executive Officer Martin Lind, the realization of his dreams came from his upbringing on the family farm in Windsor, Colorado and an extensive background in agriculture. After heading off to college, Lind realized it was not for him, so he soon returned to his farming roots and began dabbling in other areas including trucking, the oil industry, and real estate and water rights. While learning as much as possible, the young Lind found a business partner, purchased two sections of land totaling 1,200 acres from what was once a site belonging to Kodak Colorado, and started his own business in 1989, which soon led to a development company called Water Valley Land Company.

“I knew the property, because I had actually driven by it my entire life going into town,” says Lind. For many years, the land was considered essentially sacred because of its ties to Benjamin Harrison Eaton, the fourth governor of Colorado. Eaton was also integral to establishing modern irrigation farming in Northern Colorado and helping to lead projects that turned the South Platte River Valley into a key agricultural region and a driver in the state’s economy.

In addition to a very rich water right, the land also had significant sand and gravel deposits below ground that Lind knew about from his farming days; if farmers plowed too deep, they would hit gravel. Realizing the importance of water rights on the land, the first thing he did once he purchased the property, was have it annexed into Windsor, then took out a mining permit allowing his company to create a gravel road and form lakes.

No mining company was interested in the gravel and sand, even when it was offered for free, so Lind tapped into his entrepreneurial spirit and created a separate company in 1991 called Poudre Tech Aggregates, named after Colorado’s Cache La Poudre River. The next 10 years saw Poudre Tech become one of the largest sand and gravel operations in the state. “We made all the lakes, the reservoirs, and did the land contouring with the mining operation,” says Lind.

The company has grown to 40 full-time and 200 seasonal employees and continues to evolve to meet the demands of the marketplace. Back when Water Valley started, CEO Lind worked with a number of small custom builders each producing about 50 houses annually. Once the recession hit, many of these builders went under.

For home buyers, Windsor, Colorado’s Water Valley offers quality, well-built houses and an unhurried way of life. As Lind says, it is a “vow to dive into life.” Water Valley is a master-planned community with the 27-hole Pelican Lakes Golf Club, a seasonal swimming pool, two restaurants (Grillhouse at Pelican Lakes and The Sand Bar at Pelican Lakes), five man-made lakes, miles of beaches, the beautiful Poudre River, scenic trails set against stunning mountain views, and much more.

The homes are appealing to young families with children and older couples looking for a relaxed way of life and are reasonably priced, starting in the low $300s. There are a variety of floor plans and layouts to accommodate every need. Here, residents are free to choose activities as their hearts desire, including hiking, biking tennis, dinner and drinks at the golf-themed Sand Bar or the Pelican Lakes Restaurant and Bar or catching a Colorado Eagles hockey game at the Budweiser Events Center. Lind is also the majority owner and CEO of the Eagles, a minor league team in the East Coast Hockey League that’s affiliated with the NHL’s Colorado Avalanche.

The Pelican Lakes Golf Club is unique to the area and approachable. “It’s not a high-end country club,” says Lind, “it’s a semi-private membership, lots of fun, very family-friendly, and that’s what we’re about; it’s not a social status for our membership. You don’t say you are a member of Pelican because you want to have a social status. You tell them you are a member of Pelican because you really want to enjoy your life, and that’s what Pelican is all about. We have an enormous amount of happy members because we always have family-friendly membership events going on, including live bands.”

Windsor, the Water Valley community and Pelican Lakes have received many accolades over the years. Windsor was named among the top three safest cities in Colorado by Movoto Real Estate, Water Valley is among the top 10 places to raise a family in America by Family Circle Magazine, Pelican Lakes is annually named best golf course by Windsor Now readers and received a 4-star rating in 2008 by Golf Digest Magazine. Not to be outdone, the Pelican Falls Golf Course was awarded the 2015 co-course of the year, by AlwaysTimeFor9.com. These rave reviews, among others, show that Water Valley is a desirable place to live and grow.

Owing to its tremendous location in Windsor, there is never a shortage of places to see or things to do. While it maintains a quaint, small-town feel, Water Valley is not far from larger centers such as Denver, Fort Collins, Greeley and Loveland. Among the many amenities and attractions located within a 20-mile radius are the Pelican Lakes and Falls Golf Club, Grillhouse at Pelican Lakes, The Sand Bar at Pelican Lakes, the Poudre Valley Medical Fitness Center, the Budweiser Events Center, the Promenade Shops at Centerra, the Loveland Outlet Malls, Colorado State University and the University of Northern Colorado. Windsor also provides an award-winning school system, a median age of 37.6 years, and a median household income of $78,207.

Over the years, Lind has spearheaded successful projects in both the residential and commercial and industrial arenas. One of the most recent of his residential initiatives is RainDance. A sister project of Water Valley, RainDance shares the same interconnected trail system, yet remains a separate development. “Water Valley has a very aquatic and golf-theme to it,” says Lind, “while RainDance has an agricultural and sustainability theme to it. It will also have a golf course that we are going to build.” RainDance is currently under development. It has a main arterial road, and new owners will start moving into some of the 2,800 units beginning in September or October of 2018. The 18-hole RainDance National Golf Club will be the first course design by PGA player Fred Funk, the winner of the 2005 Players Championship, and offer golfers a chance to play 45 holes within a two-mile radius.

The company’s projects are only limited by the available inventory. “If we had more inventory of housing, it would sell faster,” comments Lind. The company is completely sold out of single-family homes, but there are a number of multi-family projects on the horizon and some land allocated for infill commercial development, a resort hotel and multifamily use.

“We are seeing a trend in downsizing and less maintenance,” he says. “The lifestyle people want to get out on that golf course, or go fishing, or go swimming. They really don’t want to be labored to that yard.” Most single-family Water Valley homes have the front yard complete, with owners able to take on backyards themselves to suit their needs and taste, while all multi-family homes are turnkey ready, with essentially zero maintenance.

Martin Lind envisions development for years to come and says housing will continue as new tracts of land become available. Lind is proud to be an on-site developer. “It’s easier to be a land developer if you don’t live here, but that’s just not us,” he comments, voice full of pride.

“Our offices are in the middle of the development. I live a couple of miles away. All my kids go to the schools and now my grandkids. It’s unique to have an on-site land developer, and when you look at the project, see how much it reflects in the quality of what we have to offer here. We have our crazy beautiful Colorado sunsets with the Rocky Mountains, and it’s all good.” 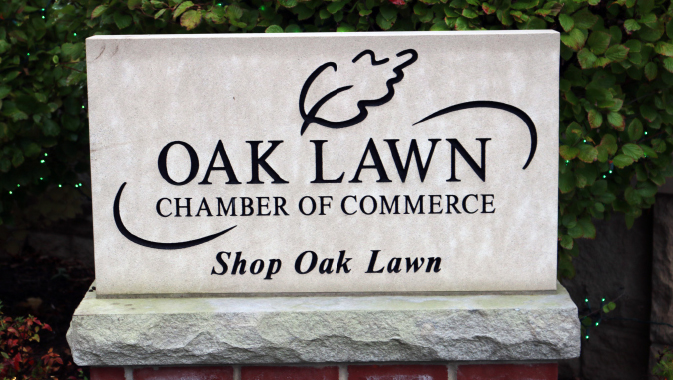