The Building Union of Canada 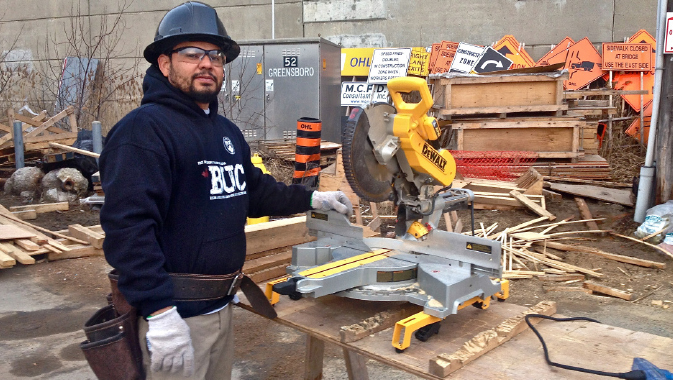 Founded in 2012, the Building Union of Canada (BUC) has quickly established itself as a foremost advocate for labour in the construction industry. BUC is what is known as a ‘wall-to-wall’ or industrial union. The organization aims to unite every worker in the building industry, irrespective of skill level or discipline. The BUC’s all-encompassing membership is unusual in the industry, revolutionizing the model for labour representation.
~
The BUC has achieved results quickly, making significant progress in only a few years in improving the quality of life and work for employees. The BUC was started by Craig Bromell, a well-regarded union leader, and a notable industry presence.

Bromell was previously a police officer and chief union steward of 51 Division, is best known for his role as president of the Toronto Police Association. He was featured in Copfather: The Craig Bromell Story and was elected to the Canadian Police Association’s Hall of Honour in 2006.

Craig was joined by his brother Stephen Bromell, whose reputation in the construction industry preceded him. Stephen assumed the role of treasurer. The Bromells then recruited Dannis Koromilas as director of communications, Bill Sotiropoulos as vice president, and Peter Foulds as director of operations to bring their vision of a wall-to-wall union to reality.

Craig Bromell recounted how the idea for the BUC came to be. “In 2011, I was approached by another union to come on as a consultant,” he explained. “What I realized in the first six months was that they people didn’t want to see the union, they wanted to see me.”

“My brother was already involved in the industry with construction and labour, and I looked at it and thought we could really do some good here. When I ran the police union, it was a massive undertaking; we were known as THE union in Canada.”

Bromell does not see a difference between his role as president of the Toronto Police Association versus the BUC. “Labour is labour. It’s the same rules: try to get the best for your people whether it’s working conditions, salary, equipment, or pension. It’s all the same, so I realized very quickly that there was an opportunity here, and I really enjoy it.”

The founding meeting of the BUC was held in March 2012, and from that point onwards, Bromell and his team worked to have the union certified and ready to go. With the industry and union experience, leadership, and reputation of the team, the BUC was well on its way.

“I had on-the-job training,” acknowledged Bromell. “You don’t go into a course anywhere as to what you do as the president of a very powerful union. It was all on-the-job training, so I had six years of training. The exposure and the media in this is much easier, but the philosophy is the same. Bottom line: you are here to protect your members and try to get the best for them.”

The BUC grew quickly, built on its core values of transparent and accountable operations, the recognition and respect of the differences of its members, member involvement, principled decision making, strategic actions, and fiscal responsibility. As a result, it has created a situation described by Bromell as, “a win-win-win.”

A key difference in the BUC is its financial position. “We have a pension fund; we have a benefit fund; we have trustees for that. We just passed our trustees for our training fund. And where we’re different: we don’t have the outstanding debt of some of the other unions.”

“When you are on payroll with the BUC, the employers save about $7 an hour with us. When you fill out the pay stub, we have less boxes to fill out. We believe it should go to the members, so we’re $7 less. We ask that you give our members a dollar or two dollars more an hour, and the other $5 or $6 you do whatever you want, and it helps the builders – the contractors because they can put in a lower bid.”

“A lot of that is government jobs, so the taxpayers save on that also, so we have a win-win-win,” he said. “The builders are happy, the members are happy because they get paid more money, and we have the same pension plan and same benefit as the other big unions.”

The BUC takes a friendly and proactive approach to negotiation, drawing on the organization’s reputation and experience to achieve the desired results for all parties involved. That does not mean the BUC is not tough when it needs to be. Bromell’s past proves that he won’t back down from a fight if what he is fighting for is in the best interest of his union’s members.

“Once we explain what we’re about,” stated Bromell, “We guarantee no strikes. We guarantee no labour unrest. If I can’t work out a grievance with an owner in a boardroom, then we shouldn’t be in business, so that’s our approach to that.”

“We come in a little friendlier,” he added. “There will be times that we have to challenge them and they will have to challenge us, but we go in first with the attitude, ‘Let’s try to work this out as best we can,’ and having that approach has really worked out for us.”

The BUC’s membership has grown to over 1,000 in only a few short years. Bromell explained that only thirty percent of the market is unionized, so there is a great deal of opportunity for the BUC to impart change in the industry and increase its membership in the process.

It targets non-union companies that have exhibited some desire to make a change that will benefit from what the BUC offers. The union has made it a strategy to grow in a scalable fashion to ensure the future strength and viability of the union without debt.

Being wall-to-wall has served it well in terms of membership growth. “This was a business decision, and we took a chance, and we have been challenged a dozen times at the labour board, and we have won each one.”

“When I looked at it from a business plan, when I was putting everything together, I just realized that this was the best way to go because nobody else was doing it” he recalled. “There’s another group out there, the CLA, Christian Labour Association of Canada. They are across the country, and we are the only other one.” Bromell wasn’t sure the BUC would achieve certification, but it was worth a try.

The BUC was successfully certified as a wall-to-wall union. Being wall-to-wall is also advantageous for builders, who Bromell refers to as partners. “The plan right now is, if the PLCs and Ellis Dons of the world negotiate, they’ve got to negotiate with eight trades. That’s a lot of lawyers. With us, you only have to do it once, so there is a massive savings with us.”

The BUC has been approached by several other unions that would like to work in coalition moving forward, as they recognize the strength of BUC and the impact it is having in the industry. In fact, the BUC recently secured significant increases for Daniels Group Inc. members over the course of their renewed three-year collective agreement.

The BUC has also received international recognition, and Bromell said that he would be heading to Switzerland to address a very large union early this year. Bromell has made his mark on the Canadian labour market and will have an opportunity to share his experience and success with Europe.

The BUC can secure a better deal for the men and women in the trades – regardless of their trade – by developing working relationships with its partners. It saves builders and contractors both time and money, improves work conditions, creates better relations, and a better bottom line certainly is beneficial for all parties involved.

As most of the construction jobs that its members undertake are public projects, the union is also able to save the taxpayer’s money resulting from the ability to bid lower to secure contracts. A significant amount of money is soon to be invested in Ontario’s infrastructure, and the BUC and its members are looking to take full advantage of the opportunity.

“It’s a simple template,” Bromell said. “We wanted to go into this with a new template on the labour front that is really going to benefit everybody, and that’s unheard of. I’d rather partner with the builders than fight with them. I’d rather partner with the other union than in-fighting. So, that’s our approach to this, and we feel we have the best template moving forward.”

“We’re definitely being noticed,” stated Bromell. “We’re there to make it as safe as possible for the people on the tools, get them the best working conditions, salary, pensions, and address the challenges that arise with labour, while, at the same time, trying to have some satisfaction with the people who are writing the paychecks.” The BUC’s growing membership and results are proof of its success. 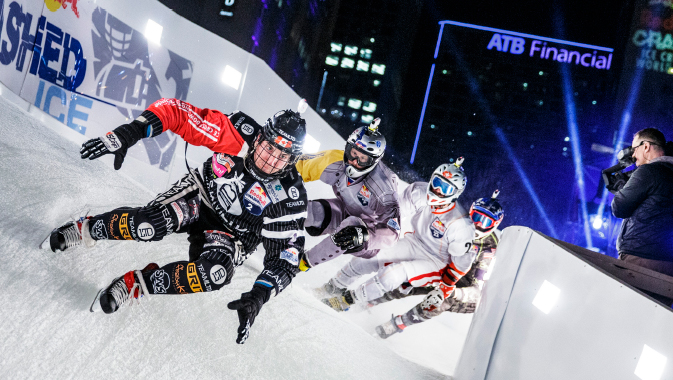