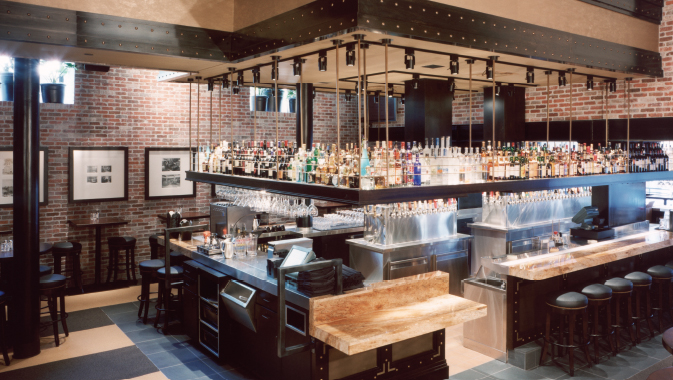 Imperial Brown is a rapidly growing manufacturer specializing in refrigeration products, particularly the insulated panels used in walk-in coolers and freezers. The company more than doubled in size since combining operations on the east coast and west coast in 2012, with space and plans to continue expanding. The coolers and freezers Imperial Brown manufactures are widely seen in the foodservice sector but are also used for medical, scientific, retail and industrial purposes.
~
Rick Jones, the technical services manager, describes the employee-owned company as having a ‘can-do’ attitude: “The difficult, no problem; the impossible, give us a day or two. Imperial Brown’s products are found in skyscrapers, museums, restaurants, stadiums and industrial testing facilities; anywhere something needs to be preserved. The majority of the company’s customers are based in the United States due to the shipping costs internationally, but some product heads over the borders to the north and south when design and construction requirements call for it.

The foodservice sector is “probably sixty-five to seventy percent of our business” with scientific and retail being other main segments, says Michael Beachkofsky, the vice-president of marketing and sales.

Beachkofsky stresses that Imperial Brown, which is headquartered in Portland, Oregon, is a full custom manufacturer. “One of our strengths is the ability to deliver what the customer wants and what fits their application.”

Jones explains, “Typically, the way we operate and go to market, we sell through dealers and refrigerator contractors,” who handle the installation process.

The company takes pride in its formidable design and construction abilities. Walk-in panels can come in either ‘soft-nose’ or ‘hard-nose’ varieties; each of which requires a different manufacturing process. Making soft-nose panels involves using a jig or frame to turn out consistently standard sizes of panels, while making hard-nose panels involves using either a polyurethane or wood perimeter individually built to computerized design specifications.

“All major manufacturers use one or the other of these methodologies. Imperial Brown actually uses both. We can manufacture both types of panels in both of our factories. The choice of manufacturing method really depends on what the application is and what the customer requirements are,” Jones states.

The company’s cutting-edge manufacturing skills extend to energy efficiency, both in the manufacturing plant and in the product use. “Energy efficiency is huge. It’s good for the environment; it’s good for business. Basically it’s a win-win for everyone involved. We probably started this eight years ago. In our minds, we knew if you provided thicker panels you would have more insulation. If you have more insulation you typically are going to have something that’s more energy efficient,” says Jones.

Imperial Brown sent panels of varying thickness to be tested by the Food Service Technology Center in California, an organization that analyzes energy efficiency in cooking equipment.

“The results came back, and we were looking at anywhere from thirty to forty percent energy savings by going to a thicker panel and moving from traditional mechanical refrigeration to electronic-controlled refrigeration with smart defrost or an intelligent defrost system on it,” says Jones. Energy efficiency of course, saves the customer money in the long-run, he notes.

“We have outpaced the industry. While the walk-in freezer and cold storage segment has done well in past couple years, we definitely have taken a bigger piece of the pie. We bring something unique to a market that hasn’t had a lot of innovation in years,” says Beachkofsky.

The company, originally called Imperial Manufacturing, was founded in Portland in 1970 by Al Zell who eventually sold the firm to his employees. By 2009, Imperial had become a worker-owned firm run according to ESOP (Employee Stock Ownership Plan) principles. In May 2012, Imperial Manufacturing acquired W.A. Brown, a century-old manufacturer of walk-in cold storage products in Salisbury, North Carolina, and the firm became known as Imperial Brown. The company remains an ESOP business.

Being employee-owned is absolutely an advantage says Beachkofsky, who says that “every single person has a vested interest in the organization.”

For the past four years, staff at the Portland and Salisbury plants have been sharing best practices and blending their corporate cultures.

“We’re getting the teams to work together. We are one team, one company. We’re adopting construction processes that one facility may never have thought of and coming up with new processes together. We talked about hybrid construction in our products. By bringing people together from different cultures and talking about why things were done in a certain way, we’re able to develop a whole new methodology that encompasses the best of both worlds,” says Beachkofsky.

Having facilities on each coast is also advantageous, he notes. If a situation occurs at one plant and an order can’t be met, the other plant can offer backup and take over. The plan is to launch more manufacturing facilities, preferably in the middle of the U.S.

With expansion in mind, Imperial Brown looks for employees who have “a good attitude, someone who’s dedicated to doing their best and is dedicated to learning. We do have a lot of internal training as walk-ins are somewhat unique,” says Jones.

Training “varies by job duty. One of the neat things about what we do, we do a lot of cross-training. If a guy working in the factory is starting out on the steel line, he gets trained in that, but also we’ll cross-train that person in the other portion of the line, whether it be framing or foaming or finishing the doors,” he continues.

And then, there was the project with Tesla Motors, which was “a real fun one for everybody,” recalls Jones. Tesla wanted to build a test chamber to see how its cars reacted to temperature extremes – a test chamber big enough that cars could be driven into it. Imperial Brown custom manufactured the specialized doors for the mammoth project.

“In this case, we had doors that were about nine feet tall and twenty feet wide – big sliding doors that would open up that you could drive cars into the chamber and run the test,” says Jones.

Walk-in coolers with Imperial Brown panels are used in a restaurant at the new One World Trade Center in Manhattan. “Our walk-ins are at the very top in One World Observatory; that to me was a pretty cool application and a really neat project to be part of. They have an observatory up there and a restaurant. We’ve got several walk-ins up there,” says Jones.

Other memorable clients include celebrity chef Gordon Ramsay, who uses Imperial Brown walk-in coolers at a restaurant in Las Vegas. The San Francisco Museum of Modern Art relies on Imperial Brown products to control temperature and humidity in a special room dedicated to preserving artwork. Some twenty-five years ago, the Kodak Company acquired Imperial panels to create a temperature-controlled storage environment to store Hollywood films. From what Jones understands, the Smithsonian museum uses Imperial Brown products in a storage facility to preserve astronaut suits used in Apollo space missions.

Imperial Brown has a website but relies largely on old-fashioned word of mouth to promote itself, says Beachkofsky. “We belong to some trade associations. We do trade shows. We have some print ads that go out. We have a small social media presence. It’s really a small industry. There’s only a handful of legitimate players so if anyone is looking for us [we’re not hard to find],” he adds.

As for the future, Imperial Brown hopes to become “bigger, stronger, a leader in industry innovation … We have in our five-year plan continued growth. We put a lot of new equipment into both facilities that improved efficiencies and increased production. We were able to expand quite a bit with that … We’re looking to bring more and more innovation and technology into the process. [We always ask,] how do we approach it differently? How do we bring sexy into the walk-in panel business?” continues Beachkofsky. 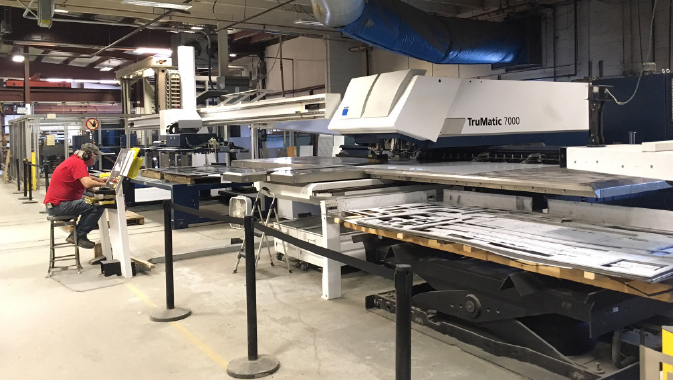