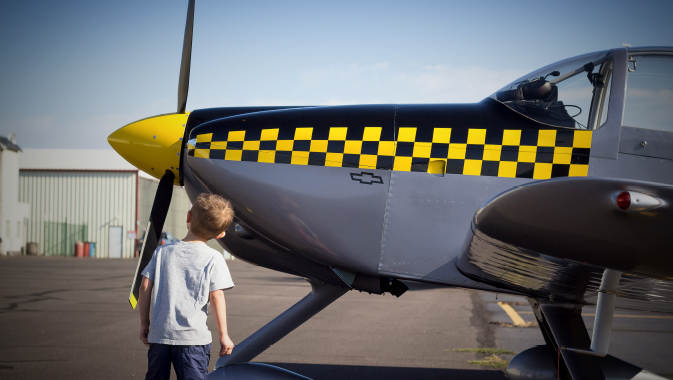 There is something special about Oregon. The mix of rural simplicity with urban hipster progressivism and twenty-first-century industrial technology creates a cultural hybrid of old and new, country and city that produces some of the smartest and funniest people you will ever meet.
~
John Pascone is the president of the Albany-Millersburg Economic Development Corporation (AMEDC). Upon completing his undergraduate degree in engineering, John got a degree in business administration before completing his MBA at Santa Clara University. In the thirty-five years since, he has been a pillar of commerce in the region. For nineteen of those years, he was a business counselor at Linn-Benton Community College and moved over toAMEDC in 1997. He spoke to me from his office in Albany.

Albany College closed in that decade, but was resurrected by an intrepid local Chamber of Commerce manager who stopped a train with a site official from the Bureau of Mines. The official was going to check out Portland and Seattle in search of a place for a new college, which became Lewis & Clark; the train made a stop in Albany and they went to look at the abandoned campus. “The Bureau of Mines bought it for a research facility. It’s a world-class NETL research facility, and they developed the Kroll process for titanium, zirconium and other reactive metals.”

The Albany-Millersburg Economic Development Corporation was formed in 1982 during a recession that was complicated by an oil embargo which hit the local timber industry particularly hard. “This was basically a timber and agriculture community, and now we’ve got a metals industry also. So, back in ’82, the economy was pretty bad; some parts of Linn County had eighteen to twenty percent unemployment. So the mayors and council members of the two cities – Albany and Millersburg – got together with some business leaders and created a private non-profit.”

“We have a board of twenty-five people made of the mayors and council people, engineers and realtors and folks that run the major businesses here.”

The area is only an hour from the coast, and many of the businesses in the community work with the growing Pacific Rim market.

“We have good power, good water. Albany and Millersburg put $60 million to $70 million into a brand new water treatment plant,” and even more into a waste water treatment facility expansion.

As a long-time, industrial transportation hub, (they called themselves “Hub City” for many years), the Union Pacific (UP), Burlington Northern Santa Fe (BNSF), Portland & Western (P&W) and Albany & Eastern (A&E) railways all run through Linn County, providing further access to markets everywhere. They are also strategically located on Interstate 5 and highways 20, 34 and 99E run through.

“We just work with businesses. We manage the enterprise zones for tax abatements and investments. We manage and keep an inventory of sites, so we respond to state leads for businesses looking to expand or relocate. We help find sites and find buildings.”

However, Albany-Millersburg’s buildings are being snapped up by businesses as the community grows. “Buildings are getting to be in short supply around here. A few years ago, we had a company called CAMCO that makes parts for recreational vehicles, buy an old mill site that International Paper owned and extend the rail line. Some folks from Japan have been looking at putting in a chemical plant. So we are growing nicely.”

Wah Chang, a spinoff from the Bureau of Mines, was the first titanium plant and still makes titanium and zirconium in Millersburg. In the decades since that institutional company opened shop, countless other enterprises have decided to call Albany-Millersburg home. “We’ve got Georgia Pacific Resins there; we’ve got DuraFlake that makes particleboard, Palm Harbor Homes OFD Foods, Oregon Freeze Dry, who pioneered freeze drying foods, National Frozen Foods, ATI Pacific Cast and Selmet, the latter two being metals industry spinoffs.

“All three of our Investment Casting companies are doing very well as a result of the aerospace expansion that’s happening right now. They’ve probably added five hundred to six hundred jobs between the two, and they’re still growing.”

No region is without its challenges, and wetlands can be a vexing problem for Linn County due to the flatness of the Willamette Valley and high rainfall. “No one wants to pay for these wetlands reports, and even if one is commissioned, it takes six months to a year. Mitigation for an acre of wetlands cost $50,000 to $75,000 as well, so it’s an expensive problem.”

Mitigation is when the wetland is moved somewhere else and filled in. The problem, of course, is what to do with the soggy earth. “There are wetland banks, or you can leave the wetlands on your site. One of our industrial sites is a fifty-acre site with forty-eight acres of wetlands. We have to take it all off site somewhere, so the land is hardly worth anything because they have to make or buy wetlands somewhere else.”

Despite some of the drawbacks for industry that are created by wetlands, the economy is thriving so much that the Chamber has a full-time manager for its workforce advisory committee to showcase businesses and career opportunities to students, teachers, and parents. “We take students and teachers out to different facilities to see what’s out there. Not everyone needs a four-year college degree.”

Albany-Millersburg needs millwrights, production workers and people to program the computers that run the machines. “If we can get these kids engaged at a young age, they can have great jobs. We eliminated most of the shop classes and vocational technical track, so if you’re not an academic then school’s not very attractive, and you drop out, and we lose some valuable resources.”

Another key online tool that connects workers with jobs is the Albany Area Chamber of Commerce ‘Pipeline to Jobs’ website that has been very effective for both employers and personnel.

Helping develop talent for industry is one task for the AMEDC, but attracting the industries themselves starts with the website. “Most folks that are site selectors go online and do their research. The state has a good workforce, employment data system. We can get customized reports.”

Among the AMEDC’s many victories is the 1,600,000-square-foot, eight-hundred-employee Target distribution center that it helped draw to the region. “200,000 square feet is used for an internet order fulfillment center right in the middle of the facility, so the trucks are going non-stop.”

Lifestyle is an important feature of living on the West Coast, and the Willamette Valley delivers with its mild climate, a short drive of just over an hour to the coast and being near world-class skiing and the city of Portland. “We’ve found, over the years, that folks that relocate here when they retire, they don’t want to leave.”

“Back in the seventies, Hewlett-Packard put a big facility in. At one time they had ten thousand; they still have quite a few. When they retire, they often stick around and start businesses or just live here because they like it so much.”

An emphasis on lifestyle and industry is tempered with the need for sustainability, and Oregon has a proud tradition of environmental awareness. “Our recycling center has expanded to include food. They mulch it all, and they’ve got sealed landfills. The power companies have the programs for solar and wind; there’s a lot of wind power in the Columbia Gorge.”

“The forests are sustainable. A lot of people hate to see trees get cut down, but there are a lot of private forests that get replanted. Trees grow, and by law must be replanted so they replace what they take. The forest is a sustainable product.”

One local company is developing laminated plywood panels that are twenty feet wide and eighty or ninety feet long that can be used in the construction of office or apartment buildings without needing concrete or steel. “They’re strong, light-weight, all from the forest, and they survive earthquakes because they have a spring to them.”

Albany-Millersburg has increased in population to the point of being declared a Metropolitan Statistical Area (MSA). “We’ve grown a lot since the last recession. There’s lots of construction now in terms of housing and apartments. I think with our location and infrastructure, we’re just going to keep on growing for the next several decades. We’ve grown one to two percent a year, and that’s going to continue.”

Pioneering some 150 years ago with timber and agriculture then again fifty years ago in metals, Albany-Millersburg represents the best of American industrial innovation. The most accurate predictor of future behavior is past behavior, and despite weathering depressions, world wars and recessions, this community has found a way to thrive.

“We’re well situated; we’re well-resourced with water and power and roads; we’ve got rail and sea access. We have a long history in agriculture and industry and technology. We’ve got building sites, and we have a handle on our workforce development.” 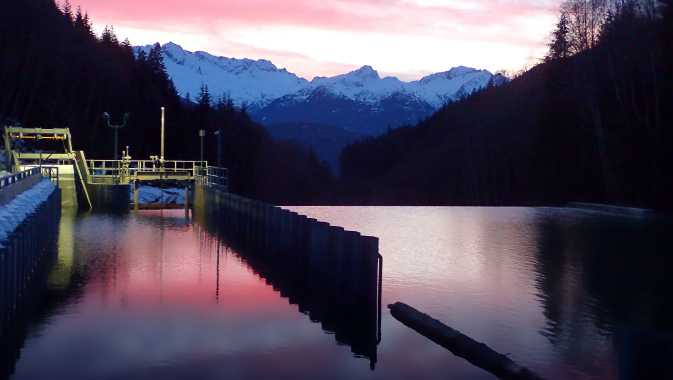