Fayetteville, Arkansas is the county seat of Washington County and rests deep within the Ozarks on the edge of the scenic Boston Mountains. Named after Fayetteville, Tennessee, the city was founded in 1828, incorporated in 1836 and re-chartered in 1867. It is part of the Fayetteville-Springdale-Rogers Metropolitan Statistical area that includes Washington, Benton and Madison counties in Arkansas and McDonald County in Missouri.
~
Oh, I may wander, but when I do
I will never be far from you.
You’re in my blood, and I know you’ll always be.
Arkansas, you run deep in me
– Arkansas (You Run Deep in Me) – adopted as a state anthem in 1987

This chorus sums up how Arkansas residents feel about the place they call home. There are many communities and cities within the state, each with a unique story to be told, but it is the city Fayetteville, in Arkansas’ northwest, which holds the heart of Steve Clark, president and chief executive officer of Fayetteville Chamber of Commerce.

Fayetteville is, “right in the heart of the country, almost dead centre,” says Steve, “That gives us a real competitive advantage.” The city is a six-hour drive to Des Moines, IA, Nashville, TN, New Orleans, LA, and Amarillo, TX. “There are about forty million people living within a day’s drive of Fayetteville.”

Rail service is provided by the Arkansas Missouri Railroad, which has been moving freight between Forth Smith, Arkansas – approximately fifty-seven miles south of the city – to Monett, Missouri for thirty-one years. The railroad is also instrumental to Fayetteville’s tourism industry with excursions through the Ozark Mountains and stops in the city, Springdale and Rogers.

Fayetteville has over 4000 businesses and is proud to be home to numerous traditional manufacturing companies, some of which have been part of its economic landscape for ninety years or more. Companies such as Wal-Mart, the world’s largest company by revenue and the number one Fortune 500 company, has had its headquarters in Bentonville, twenty eight miles north of Fayetteville, since 1950. Wal-Mart has contributed to Fayetteville’s growth, but there are other legacy companies that have proven to play a decisive role in shaping the city’s economic landscape.

Companies such as Collier Drug Stores, Tyson Foods, and Marshalltown Tools continue to be economic drivers to the local economy. Collier Drug Stores has a store in Fayetteville and numerous outlets in northwest Arkansas and has been a presence in the region for almost one hundred years. “That’s five generations of that family,” says Steve, adding that Fayetteville and northwest Arkansas, “must be doing something correct.”

Tyson Foods, founded in 1935 in nearby Springdale, is one of the world’s largest protein producers, supplying its products to over 130 countries. The company employs approximately 115,000 worldwide and plans to construct a new processing facility in northwest Arkansas. The $136 million plant is expected to be completed by 2017.

Marshalltown Tools was established in Fayetteville in 1982. The company, formerly known as Marshalltown Trowel, dates to the late 1890s and started as a maker of trowels for the construction industry. Today, this is one of the world’s largest tool makers.

“We have these kinds of employers that have been here a long time,” says Steve. “That tells you that they believe they have been treated well, and that gives us strength.”

Fayetteville is a hot-bed for startups and some are fuelling the area’s economy. Some of these have matured in less than five years and were purchased and acquired by larger companies. One example is Arkansas Power Electronic Incorporated (APEI) which was established here in 1997 and specializes in high density and power electronics solutions. APEI was acquired in 2015 by Cree Incorporated in 2015, a global leader in silicon-carbide power and radio frequency products.

Other Fayetteville start-ups include BlueInGreen, a water treatment solution company established in 2004 and Pacific Vet Group (PVG), a developer, manufacturer, and marketer of cutting edge probiotics for animals. PVG was acquired by Novozymes in 2015. All three companies maintain a presence in the Arkansas Research Technology Park in Fayetteville and are well positioned for exceptional growth.

“We have that nice mix which gives us that great strength and a robust base upon which to build,” adds Steve. “In Fayetteville for the last 1750 days, we’ve created a new business every day. We’ve created about three new employees every day, and so we’re a very vibrant community as the new start-ups come.”

The chamber, city and state work diligently at business retention. For those businesses looking to expand, add employees or a new product line, “the state will help you with skills training for those employees, and it will help you with equipment purchases. The city will help you with those infrastructure kinds of needs whether that is roads, parking, water or sewer,” Steve says. “The best businesses are the ones that are already here. They serve the best for us in terms of our message of recruiting new business.”

Additionally, the employer retention and expansion program, initiated in 2009 for the city and 2012 for the region, gathers a database of information for not only Fayetteville but the entire region. It collects data about companies’ plans for expansion, changes and challenges in the industry and basic needs that can be met by either the state or the city. “We reach out to more than one hundred companies a year – about two every week,” says Steve. “It’s such a vibrant and changing world that twenty-four or forty-eight months can be a lifetime in a business cycle. So being able to reach out to the companies, gather this information and create those lines of communication are very, very important in business retention.”

These efforts showcase all that makes Fayetteville and northwest Arkansas a great place to do business. “About one in every seven jobs created in Arkansas is created here. If the job creation that occurred in northwest Arkansas had not occurred in the last five years, Arkansas probably would have had a net loss of employees statewide. So clearly, we are an economic engine that helps drive the great state of Arkansas.”

The GreeNWAy Initiative program originated with the chamber in 2010 and is a certification process that encourages businesses, both large and small, to engage in green practices that subsequently lead to more sustainability and efficiency.

This program effectively bridges the gap to programs such as LEED certification that many small businesses and non-profits would find difficult to achieve due to cost barriers. It enables companies to, “reduce their costs of doing business and certainly their footprint in terms of impact on the environment,” Steve explains. The objective is simply to have companies, “be attuned to what best practices mean in terms of sustainability.”

One GreeNWAy company in the city is Pinnacle Foods Incorporated, a packaged foods company specializing in numerous brand names that has been in the city for over fifty years. Its forty-acre property contains a pond with natural milkweed growth, a habitat for monarch butterflies. “They came to realize that pond – which is a small retention pond – really was an ecosystem,” says Steve. “Now they maintain that ecosystem for those butterflies …everything we do, we want to do sustainable because it has some impact.” GreeNWAy is a program, “that everyone can make a difference and without a large expenditure. A lot of this is changing behavior.”

In Fayetteville, multiculturalism is, “really, really important and really strong,” he says. The fastest-growing minority group are Latino and Hispanic. The chamber recently hosted the National Association of Latino Elected and Appointed Officials (NALEO), an organization established in 1976 to promote electing Latinos to public office.

The chamber also works with the annual Northwest Arkansas Hispanic Heritage Festival. “We salute different Spanish language countries every year. We saluted Mexico, Panama, Colombia, and this year it was El Salvador,” Steve explains. “Next year it’s Chile. Fayetteville is becoming a sanctuary city. That’s a positive thing for us.”

“We encourage people to learn a second language, whatever that language is. Learn to read it, learn to write it, learn something about the cultural history of that country or that language.”

Fayetteville is also the first city in the state to have a civil rights ordinance that protects the rights of the LGBT community. “We think that’s important. We need to show people that Fayetteville is a welcoming place,” he explains, noting that half of the city’s residents were not born there. “That’s good news for us. That means we’ve had more ‘in-migration’ than ‘out-migration.’ Fayetteville grows a new person every six hours … That’s been true for the last three years.”

One cannot look at Fayetteville without recognizing the monumental impact that the University of Arkansas has had on the region since it was founded in 1872. The university is not only an educator but a promoter of American culture and history. At least twenty-five percent of the university’s 27,000 students are from a minority background and all religions and ethnicities. At the Spring International Language Center, students who do not have English as their first language can become, “familiar to English and also a little bit of the United States culture and history.” These students stay anywhere from six months to a year.

Fayetteville is home to the flagship campus of the university, and Fayetteville’s Chamber of Commerce works closely with the university to address such issues as future educational requirements, job creation and developments that are pushing the city forward. It also partners with the Arkansas Research and Technology Park where the Genesis Technology Incubator has been the spark “for a lot of our start-up businesses and has been a huge asset,” continues Steve. “We are all about education, healthcare and innovation. We are looking to become known as the start-up capital of the south … As a community, we thrive not only because of the strengths we have but the strength and partnership with the university.”

Fayetteville prides itself on its low cost of living for such things as food, utility service and housing. Earlier this year, Fayetteville topped U.S. News and World Report’s list of the 20 Best Affordable Places to Live in the U.S. for 2016.

This bustling, vibrant community in Arkansas’s northwest has the first-class Walton Arts Center, a rich culture and history and numerous parks and trails including the Razorback Greenway Trail, a thirty-seven-mile trail that extends from the city to the Missouri state line. The downtown core and College Avenue is the backbone of the city with numerous retail outlets and restaurants.

When one thinks of home, “they think of Fayetteville,” reflects Steve. 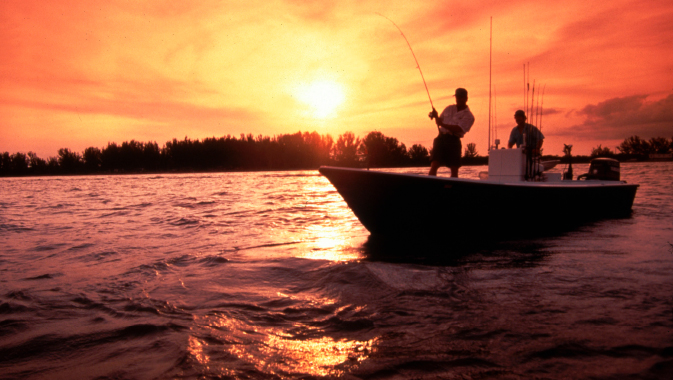