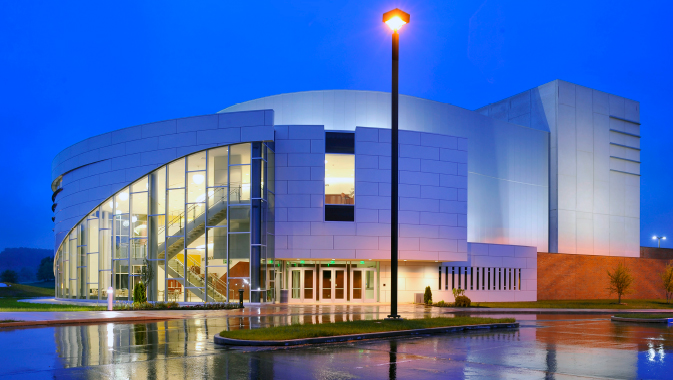 Tuscarawas County – a highly popular tourist destination in east-central Ohio – is open for business. Well-known for its historic past, recreational opportunities and proximity to Amish country, Tuscarawas is eager to attract new companies to its fold. This is not just community hype: in 2015, Site Selection magazine picked Tuscarawas County as America’s number two ‘micropolitan’ region for past-year economic and industrial site development.
~
“We are sort of a diamond in the rough. We are a world class community with a lot of small town values. We have a lot of people who live here because they like the quality of life but work in [bigger cities outside the county],” says Bruce James, second vice-president of the Tuscarawas County Community Improvement Corporation (CIC).

James cites a large, educated workforce, a regional pro-business mindset and affordability as the main reasons why a business would want to set up or expand in Tuscarawas County. “We have a very low cost of living. A $400,000 house here is a $1 million house and up if you go forty miles north of here,” says James.

Certainly, Freeport Press, based in Freeport, Ohio, was charmed by the county’s allure. The firm, which describes itself as “North America’s most advanced magazine, catalog and direct-mail printing company” is expanding operations to Tuscarawas. The company is settling into a 250,000-square-foot facility in the town of New Philadelphia, much to the delight of county boosters.

In terms of education, there is a campus of Kent State University in the county as well as Buckeye Joint Vocational School. The Kent State campus has 2,500 students and a new 1,100 seat performing arts center that hosts Broadway shows and similar fare. Buckeye is a trade school for high-school aged students and adults and serves several school districts in three different counties. Students can take courses in practical subjects such as auto repair, office technology, electronics or CNC operation.

Tuscarawas is conveniently located. The county is served by several major roadways, including US Route 36 and State Routes 258, 39 and 183 and Interstate Highway 77, US Route 250 and State Routes 800, 21, 93, 212 and 416. There are four major airports within a reasonable driving distance including the cities of Columbus, Cleveland, and Pittsburgh.

Half of the American and Canadian population resides within five hundred miles of Tuscarawas County. Over half of all US manufacturing operations and a third of US farmers can also be found within the same radius.

In addition to his role on the CIC, James is chief executive officer of Union Hospital in Dover. A general and acute care facility with 1,050 personnel, Union Hospital is the largest employer in the county.

Other major employers include Timken, Aleris Rolled Aluminum, Gradall, Zimmer Biomet and Dover Chemical. Plastics is a local specialty, not a surprise given the presence of nearby Akron, Ohio, plastics and rubber capital of the world. The firm Lauren International, which is headquartered in the county, makes various rubber and plastic products, including seals and gaskets.

“We can draw on the polymer expertise coming out of the University of Akron,” explains Ted Gentsch, IT director at Lauren and first vice president of the CIC.

There has been a renewed interest in the oil and natural gas sector in Ohio and ancillary pipeline development. To this end, natural gas company Dominion East Ohio is “heavily involved in infrastructure replacement … We’re involved in replacing old steel pipes with more modern plastic pipes. That’s a long-term commitment to the county and the rest of the state,” says Paul Johanning, director of gas operations at Dominion East Ohio and CIC president.

The county is proud of the Tuscarawas Regional Technology Park, a high-tech hub situated in 170 acres of attractive rolling green hills. All technology park streets are paved, and the facility offers an extensive broadband system. The 27,000-square-foot Tolloty Technology Incubator, a place designed to facilitate start-up companies in the technology or research and development fields, is the centerpiece of the park.

The technology park opened “in December of 2008, when the economy was going bad,” which was admittedly not great timing. The park currently has plenty of room for companies to grow and is ready for new clients.

“I would like to see some technology companies come and fill up the tech park. Some software development firms, nanotechnology – anything along those lines would be ideal,” states Gentsch. Appropriately enough, the Buckeye Joint Vocational School and Kent Tuscarawas are located next to the technology park.

In addition to technology, tourism, energy and manufacturing, Tuscarawas County has a sizeable agricultural sector. Agriculture is primarily represented by cattle and dairy farming with a large cheese industry. There are also hog farms in the area.

Tuscarawas is on the doorstep of Amish country. The Amish faith being a conservative sect related to the Mennonite church, its followers shun modern technology, preferring horses, hand-made clothes and old-fashioned tools and primarily farm to earn a living.

Schoenbrunn Village was one of the first European settlements in what is now Tuscarawas County. The village was established in 1772 by a minister of the Moravian church who set out to convert local Delaware Indians to the Christian religion while finding a new, rural, agrarian environment to grow and expand their community. This mission was interrupted by the Revolutionary War, but the remnants of Fort Laurens, built in that war, are now a historic attraction.

Tuscarawas County itself was officially established on March 15, 1808. By 1810, the population stood at 3,045 people. The population rose rapidly from there, hitting 8,328 in 1820, then tripling to 25,631 by 1840. By the turn of the twentieth century, there were 53,751 residents in Tuscarawas County, and the figure continued to increase through the ensuing decades.

“This county has a lot of history,” notes James, adding that Tuscarawas has two locations listed as National Historic Landmarks.

The two locations in question are Zoar Village and the Dennison Railroad Depot Museum. Zoar was a community set up in 1817 by German religious dissenters and is still inhabited today. Families in Zoar live in homes that range from modern dwellings to residences built in the early nineteenth century. The Railroad Depot Museum is based in the town of Dennison.

Located throughout Tuscarawas County, there are many small towns and villages such as Zoar, and some hold popular community festivals during the year. Other county recreational opportunities, meanwhile, include golf, boating, camping and hunting.

Tuscarawas is hugely popular with tourists. The county receives an estimated four million visitors a year, drawn to the area’s historic sites, festivals, recreational activities and Amish presence. Some of these visitors also come for deer hunting and golf tournaments. The county boasts nearly a dozen golf courses.

The county wants to encourage young people to enter the industrial sector. To this end, there are programs in Tuscarawas to acquaint students with local manufacturing operations in the hope of encouraging them to take on full-time employment in such facilities after graduation. Several companies recently sponsored a manufacturing camp that saw seventh- and eighth-grade students visit a variety of local manufacturers. There are plans to hold similar manufacturing camps in the future.

As noted, the county’s focus on expanding its economic base and industrial sector earned it recognition by Site Selection magazine as a thriving ‘micropolitan’ region. According to the US Census Bureau, a micropolitan region covers at least one county, has no cities above 50,000 people and an overall population below 250,000.

Tuscarawas officials are eager to build on economic development efforts while maintaining the county’s micropolitan status.

“I don’t foresee we ever want to completely go away from that small-town feel. That’s part of the charm of the area. I think you can maintain that while still attracting high-tech companies. I don’t know that we would ever want to see us grow into a bigger metropolitan area,” says Johanning. 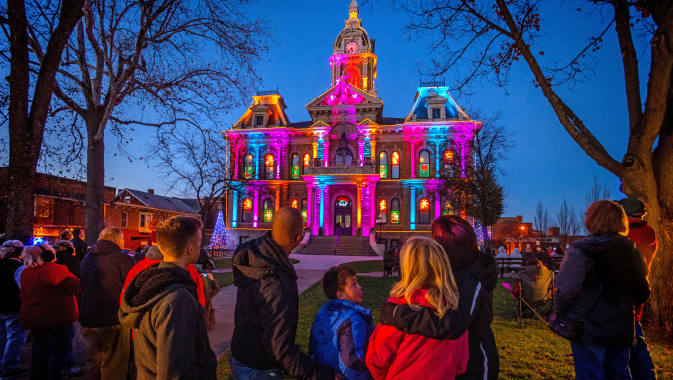