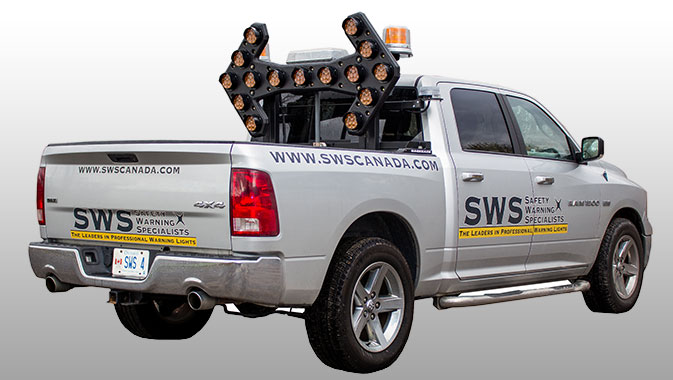 If you are driving in Canada and come across a group of work vehicles with flashing beacons or lighted traffic arrows indicating which lane to take, there is a good chance the lights were made by SWS of Niagara Falls, Ontario.
~
The company’s name stands for ‘Safety Warning Specialists’ and it manufactures LED safety warning lights, backup alarms, and audible devices in Canada. The firm was founded in 1969 and is now looking at conducting a major expansion of its operations into the United States.

“Most of our business is generated from construction, fleets and municipalities. For instance, the cities of Toronto, Ottawa, Vancouver, Winnipeg, Calgary, Edmonton, Montreal, and every city in between [use us for their] city service vehicles,” explains Selman.

Besides snowplows, city service vehicles might include street sweepers, dump trucks, or anything that could be a public hazard. SWS lights are also used for work vehicles in the agricultural and mining sectors.

The users of SWS products are public and private bodies that put out tenders when adding to fleets and it also supplies lights to upfitters that make work vehicles. “The reason why [upfitters] include SWS on so many of the fleets, municipalities and cities across Canada, is because of the performance and durability of our lights and the fact we’ve been around since 1969,” says Selman.

Individual motorists who want to fit a dump trucks or snowplows with safety warning lights are welcome to contact SWS, but will be referred to a distributor, he adds.

The company says its LED lights endure Canada’s extreme weather conditions (very warm, often humid summers and bitterly cold winters) better than products from its competitors. SWS lights are also treated with protective coatings and put through treatment processes so they better stand up to road salt, dirt, moisture and other elements that can damage internal circuits.

SWS has about fifty-five employees, most of whom work at head office. This total also includes a small number of sales representatives who deal with SWS’ distribution partners and end-users.

Selman notes that the firm has enjoyed “double-digit growth in the past three years.” He attributes this to new management and its revised focus toward promoting the products that it builds in house.

“This company has always been designed and set up as an engineering company with tons of accomplishments. We made the best lights, but the company never told anybody about it. You could say, in true Canadian style, we don’t like to blurt out that we are the biggest and best. But I think the new owners understand that part of marketing is doing exactly that. We make incredible products; we test our products against other products in the business, and we come back number one,” says Selman.

Although the company has a website, the company is counting on sales staff to provide much of the energy behind the new emphasis on promotion. Sales representatives will be educating distributors and end-users on the benefits of the lighting systems. While this move is being made with increasing market share in mind, Selman is proud of the potentially life-saving capabilities of SWS products.

While a competitor’s safety warning light system might seem just as bright as an SWS system to the naked eye, when put into practical applications, the SWS system almost always outperforms.

One case study that Selman points to in which the company’s lights improved safety and/or saved costs involves snowplows being used on Ontario highways). This particular project took place 2014 to 2015. “We worked side-by-side with the MTO and other vendors. The MTO was looking to improve the visibility and recognition of the vehicles being operated by its area maintenance contractors,” recalls Selman.

At the time, snowplows in Ontario had been mandated to have lighting that resembled that of other construction or public works vehicles. This lighting included amber and blue strobes and rotator beacons, with minor perimeter lighting. The problem was that this lighting system was proving to be insufficient in preventing a disproportionately large number of rear end collisions with snow removal equipment.

Among other details, the MTO wanted a lighting solution that brought more illumination to the rear of its snowplows to prevent accidents. Working in conjunction with a national manufacturer of snowplow vehicles, SWS came up with the 75028 Snowplow Warning Light System. This system offered high-brightness LED technology and a synchronized flashing pattern and satisfied the MTO’s newly developed color and product size requirements.

So successful was the result, it became the provincial guideline for snowplows and snow removal equipment under the MTO.

Besides superior light output, Selman says other advantages of SWS products include an excellent company warranty (it is the only company with up to ten years on some products) and technical features such as automatic dimming and battery check. Battery check is helpful in jurisdictions with strict anti-idling regulations. In some regions, municipal workers have to turn off their vehicles if they have been idling for longer than ten minutes. This means vital functions such as lights, computer and radio have to be powered by batteries. SWS lighting systems with battery check will begin flashing in a distinct pattern when the battery runs low. Workers can intervene before the battery is drained and will not require a boost when it comes time to turn on their vehicles again. Auto-dimming will adjust the light to appropriate night time levels with user input.

At present, most of SWS’s work is in Canada, and less than five percent of business is with American clients. This might soon change, however.

“We are now hiring people in the States. It’s going to be a huge market, and we’re going after it very aggressively,” says Selman.

SWS will be approaching the U.S. market in the same manner it deals with the Canadian market, with a focus on selling to public and private bodies, as opposed to individual consumers.

The company prizes new hires who are honest and open. “We always address [things openly]. Even owners –when they are around – we let them know, ‘Hey I think we should do it this way.’ We have a very open culture. A lot of input goes into decisions we make,” he explains.

It is safe to say these products will probably be welcomed by SWS’s customers, further solidifying the company’s presence in its homeland.

“Our products are all over a lot of vehicles. When you pull into a subdivision or an intersection in Vancouver and there’s city vehicles around you, or in Toronto, Niagara Falls or Guelph … it’s not always our lights flashing, but the vast majority are ours.” 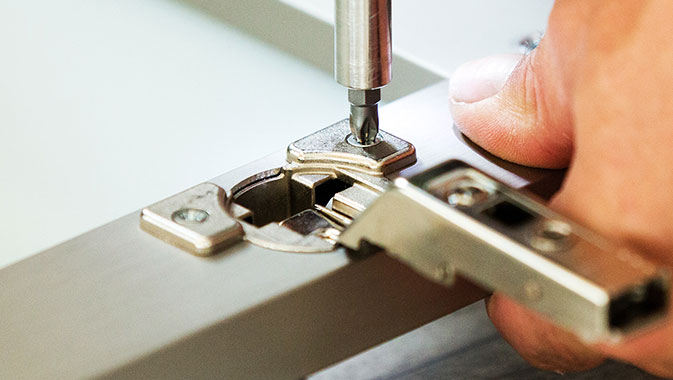 Opening the Door to Exceptional Design