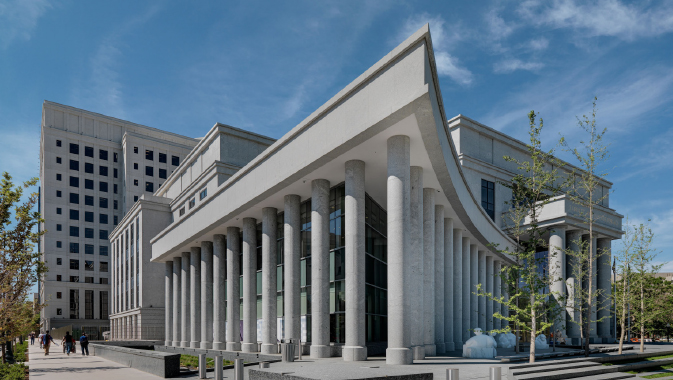 Despite joining the Gage Brothers in 1980, Company President Tom Kelley doesn’t feel that he has ever worked a day in his life. “I wake up every morning, and I can’t wait to get here. I just thoroughly enjoy every day. When I got here in 1980, there were about 80 people and about $4,000,000 a year in sales; now in 2016 we are doing about $60 million a year in sales with three times the workforce.”
~
Although Gage Brothers will have moved to its new state-of-the-art facility by the middle of 2018, the plant currently sits on the same thirty-acre plot on which it originated. Gage Brothers began as a family-owned enterprise in 1915 when William Gage Sr. began pouring concrete sidewalks in Sioux Falls, South Dakota. When his two sons Bill and Al Gage returned from their service in World War II they took over.

Eugene Freyssinet, a French structural and civil engineer working in the 1940s and 1950s, patented pre-stressed concrete, which are concrete beams or girders in which steel wire is embedded under tension, greatly strengthening the material. The invention of this new technology coupled with President Eisenhower’s 1956 signing of the Federal-Aid Highway Act resulted in the construction of a 41,000-mile highway system throughout the United States and facilitated the Gage Brothers modern inception.

“Then Bill had a son Fred and Al had two sons – Al and Tom – and they became the third generation to run Gage Brothers, and they were just taking hold of the company when I joined in 1980. That was the last Gage generation to own the company because an ESOP (Employee Stock Ownership Program) became the family company’s fourth generation in 2007. We are about seventy percent employee-owned, while other key managers and I own the other thirty percent. The Gage family has transitioned out, and we try to maintain the feeling of family ownership.”

According to Kelley, what has differentiated Gage from the competition is what has also allowed the company to weather the worst economic downturn since the Great Depression and transform into a company that generates roughly $60 million in annual sales. “Our two most important differentiators are our preconstruction services and engineering prowess. A lot of our industry is consolidating. If you go back forty years, you have a lot of Ma and Pa shops, but now these big corporate entities come in, and this consolidation is typically followed by a loss of the brain trust since the price tag of keeping long-tenured staff makes them an appealing prospect for expense control. In contrast, the top five people in Gage Brothers’ pre-construction services bring nine decades of experience to the table, while its engineering is backed by a combined 120 years of experience.”

Working in a city with an unheard of two percent unemployment rate makes finding employees a daunting challenge even for an award-winning one-hundred-year-old company. “We have had ten to twenty-five openings for five years, so we’re building a more automated facility to turn the place from brawn to brain. Today’s generation doesn’t embrace the same physicality of work that past generations have embraced. We have a very diverse group; we are probably fifty percent Hispanic, and we have representation from maybe nine different countries and many different languages which is a huge challenge, but we embrace it.”

So it can attract and keep its talented workforce, the company goes above and beyond the standard levels of employee assistance to help create a magnet for employee retention. Gage Brothers offers its employees a myriad of educational opportunities, including English classes. It gives English courses and financial literacy programs. It works with the housing authority and assists employees with finding apartments or purchasing a house. It even helps navigate healthcare and parenting issues. “I always believe that if you’re there for your employees outside of work, then they’ll be there for you inside of work,” said Kelley.

Gage Brothers has also been recognized as a Platinum-Level Fit-Friendly Worksite by the American Heart Association for helping its employees eat better and move more. This is the fourth straight year that Gage Brothers has been recognized by the AHA as a fit-friendly worksite. The company attained gold-level status from 2013-2015. Added Kelley, “We’re offering smart eating options, physical activities, tools, tips, and incentives, and it’s rewarding to see our employees making better, more confident decisions about their health and wellness.”

Construction is often an industry where companies just wait for clients to call and then they do the work. Kelley admitted that the company did not even have a marketing department until roughly five years ago. Marketing Director Stephanie Pendrys has embarked on marketing via social media, and she “certainly keeps our brand front and center.”

For these efforts, Gage Brothers won a 2016 Excellence in New Communications Award, receiving top honors in the Visual Storytelling Category for the Corporate Division. “Stephanie went to New York City to attend the ceremony last spring. Adobe, John Hancock and Mariott International were all past winners, and she participated in a series of marketing workshops with her peers. To think of us in that same light is just tremendous.”

Gage Brothers was recognized for a broad-based social media and public relations campaign that spotlights both its employees and products. The efforts produced tangible results, including a significant increase in social media followers, more local news coverage and improved employee satisfaction. Tools used in the campaign included employee-engaged videos, time-lapse construction videos, weekly trivia, dozens of digital photo albums and the creation of a company blog.

“Marketing is one of those differentiators; Stephanie always has us doing something different, and I let her run, that’s her business. Sometimes I think, ‘Wow, what is that going to do?’ but it always does well in the end. We were also notified recently that Gage Brothers won the Sidney Freedman Craftsmanship Award for the Sanford Medical Center in Fargo and that’s a $400 million project – four twelve-story towers wrapped up by a four-story podium, and Stephanie was instrumental in the submission process,” said Kelley.

“We’ve seen five to ten percent growth since the Recession of 2008, on an annual basis, and it looks like that’s going to continue through 2018. We were able to weather the storm during the economic downturn eight years ago because we had been awarded two large stadium projects for the Minnesota Twins and the University of Minnesota Golden Gophers football team. We did those projects concurrently, and we started them right at the downturn.” He says that these projects helped mitigate the blow of the recession to such an extent that profits only fell about twenty percent during this period compared to fifty percent or more for some of its competition.

Relationships with customers, partners and employees are paramount, but a close second in twenty-first-century business has to be technological innovation. “We took on a new line that’s called ARCIS. Precast has a lot of positive attributes: it’s low maintenance, it’s energy efficient, it’s durable, it has a low lifecycle cost. But one negative is that it’s heavy so if you are going to put it on the side of a building, you have to build a strong substructure to do that. Ninety percent of our cladding is six inches thick, whereas this product brings it down to an inch and a quarter. We go from seventy-five pounds a square foot to seventeen pounds a square foot, so that’s a huge differentiator for us. We can make a concrete fence that looks like a wood fence, but since it’s concrete it will last forever and it won’t rot away.”

The story of a tiny family-owned concrete company that has grown to $60 million in sales and takes on $400 million dollar projects may seem miraculous to most, but for Kelley it simply boils down to the company’s team of dedicated employees and the rock-solid reputation that Gage Brothers has built over the past century; one water-tight, load-bearing, cost-effective precast panel at a time.

“Any time you have a high-risk construction project, the architect or project manager is going to give Gage Brothers a call,” Kelley added. “More than half our work is negotiated with repeat customers that know they can depend on our quality, delivery and our reputation.”

He finished, “we are not the low-cost supplier, although we stay competitive in the big market. We are not the cheapest, but if you want the best service and the best product, you come to us. We don’t tell you what you want; you tell us what you want, and we make it happen.” 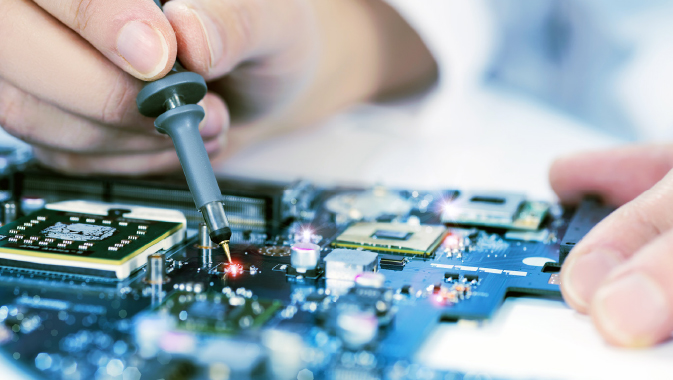