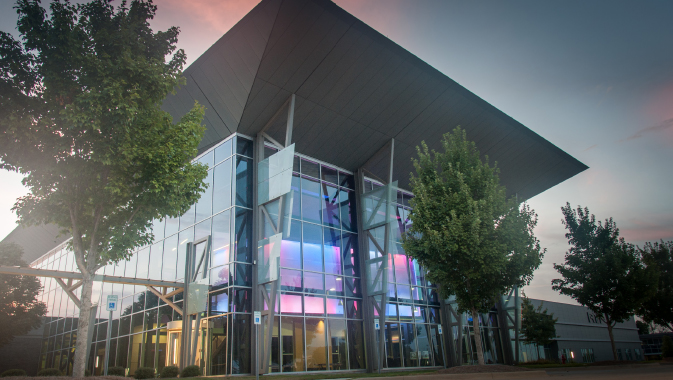 Limestone County, in the Huntsville Metropolitan Statistical Area (MSA), is one of the fastest-growing counties in Alabama. The main focus for the Limestone County Economic Development Association is creating jobs and workforce development. Swift growth keeps the association on its toes and busy with many strategic initiatives. It helps to have infrastructure that is ready for new businesses to come in, the largest community college in the state, a highly educated workforce and attractive business incentives.
~
The Limestone County Economic Development Association was founded over sixty years ago, primarily to serve the City of Athens, which is the county seat and the main city in Limestone County. The association’s board of directors consists of twenty-five people from all walks of life to represent the local community.

Limestone County Economic Development Association President Tom Hill represents the industrial recruiters for Limestone County, and one of the primary partners is the Alabama Robotics Technology Park (ARTP). The association has many other partnerships, including the Alabama Department of Commerce and the North Alabama Industrial Development Association, but (ARTP) is one of the biggest and most productive. We spoke with Tom Hill and ARTP Director Rick Maroney.

“We are actually part of the Huntsville MSA, which consists of Madison County, Alabama, with about 350,000 people. Limestone County has about 90,000 people. So, together it’s a pretty good size MSA for the southern states,” says Tom.

Limestone County is halfway between Birmingham and Nashville on I-65. Atlanta is a three hours’ drive to the east with Memphis three hours to the west. The City of Huntsville is another major economic area twenty-five miles away.

Huntsville has annexed over 10,000 acres of Limestone County. Eventually that will include seventy square miles of property in the county as well. The relationship with the City of Huntsville will help to attract companies that need space of two hundred acres up to 2,000 acres as Limestone County has the sites to compete for projects that require that size.

The City of Huntsville was running out of easily developable industrial property, and Limestone County happens to be along two interstates: the I-65 and I-565, which terminates at the City of Huntsville. “We have extremely large, flat land that’s been cleared of trees and is in agricultural production. Also, along these interstates, is run electricity, natural gas, sewer, water and telecommunications. So, we are strategically set up with infrastructure to attract more industry and are particularly concerned with good, high paying jobs,” says Tom.

In 2012, Carpenter Technology Corporation of Reading, Pennsylvania, conducted a site study of over 250 metropolitan statistical areas worldwide when searching for a new location. It came to Limestone County to open its $500 million specialty alloy steel forging facility.

“They have the largest mechanical forge in the world, built in Germany and installed in this $500 million facility. In that search, they looked at things like public education – community colleges, junior colleges – and the robotic technology park. The purpose of which was to see how to generate employees that come out of school that are capable of learning what was needed for the industry,” explains Rick.

Currently, the largest company in the county is Steelcase, which makes office furniture and architectural walls for office complexes. In Athens, it has over 1,100 employees and has been here for over thirty seven years.

Industries want to locate here. Limestone County has education and workforce development systems in place that companies view as very positive when it comes to staffing plants with knowledgeable personnel. As a direct result, the county was able to recruit a Japanese company called Asahi Kasei, which decided to locate a $30 million plastics processing and compounding facility in Athens, Alabama. The result was one hundred jobs for the community.

Then, in January of 2015, Polaris Industries committed to build a plant in Limestone that will initially manufacture the Ranger off-road vehicle. That news was followed by Shape Corporation of Grand Haven, Michigan announcing a project with 174 plastic injection molding and custom metal roll forming jobs.

Limestone County has the largest community college in the state – Calhoun Community College – and the Athens school system is building a $55 million high school, which broke ground in August of this year. Athens State University is the oldest institute of higher education in Alabama and was founded in 1822.

“All the schools have excellent test scores, and along with the new high school, that will really help us to compete with other communities,” Tom says. Limestone’s County school system has seven high schools, including the Limestone County Career Tech Center which includes everything in its curricula from police, fire and emergency medical technician training to engineering, robotics, mechanical welding and more. Three years ago, there were five hundred students and that has jumped to nine hundred.

“We are trying to get parents and counselors to understand that there are a lot of really good jobs in this area. Going through Career Tech and Calhoun Community College equates to an excellent chance for employment, making a starting salary of $40,000 per year,” says Tom.

Alabama Industrial Development Training (AIDT) has become one of the main incentives in the state of Alabama for new industry coming into the state but also for industries that are already here. According to the county’s vendors and partners, the AIDT is unique in its recruiting, screening and training process.

The ARTP is the result of alliance between Alabama community college system, the state, companies within the robotics industry and AIDT. The park aims to create a skilled and technically trained workforce who are capable of working with robotics and automation.

“Everything we teach here is [original equipment manufacturer]-specific. Kuka robots come with Kuka compliances and Kuka certification. Kuka curriculum is what we teach, along with Yaskawa Motoman and [ABB Robotics] robots, for example. We have nine different brands of robots and three programmable logic controllers,” says Rick.

There are basic, intermediate and advanced level classes. “The cool thing about those are that these are all classes that we teach for Alabama companies that are at no cost to them! That makes us a huge part of the economic development for Alabama.”

There are three phases to the robotics technology park, each addressing a specific industry requirement. Phase one is 60,000 square feet and features automation and maintenance training. Phase two is dedicated to research and development and has a one mile long test track.

The ribbon has just been cut on phase three – The Integration, Entrepreneurial and Paint/Dispense Training Center. This phase will train both manual and robotic paint spraying as well as provide space for paint research and testing. It will have an incubation entrepreneurial area that will serve to help new companies get established or existing ones to automate.

All of this is because Limestone County is right in the middle of the southeast automotive corridor, which includes automotive assembly plants in Kentucky, Cincinnati and southern Ohio, all the way over to South Carolina, North Carolina, Mississippi, Georgia and Alabama. A primary focus of the economic development association is on automotive suppliers due to the concentration of original equipment manufacturers in the area.

Advanced manufacturing is another important target along with the aerospace and aviation industries owing to the proximity to Huntsville. Tens of thousands of people work at NASA’s Marshall Space Flight Center and the U.S. Army’s Redstone Arsenal in Huntsville. This has an impact on all of North Alabama and particularly Limestone County and Madison County.

In 2005, the Tennessee Valley Authority (TVA) came up with its Mega Site program. “The goal was to come up with sites that were one thousand acres or more in order to target automotive assembly plants. This has become a very successful endeavor. We have a TVA site in Limestone County, and we are hoping that it will be a draw for recruiting the automotive industry as well as other industries.” Limestone County’s site certification indicates to the world that it is ready to accommodate large-scale manufacturing facilities.

The TVA also has a three reactor nuclear plant In Limestone County: the Browns Ferry Nuclear Plant. This gives the county plenty of electrical capacity to complement the natural gas turbines and hydro-electric power generation in the area. “We are really situated well for competitive industrial power both now and in the future.” 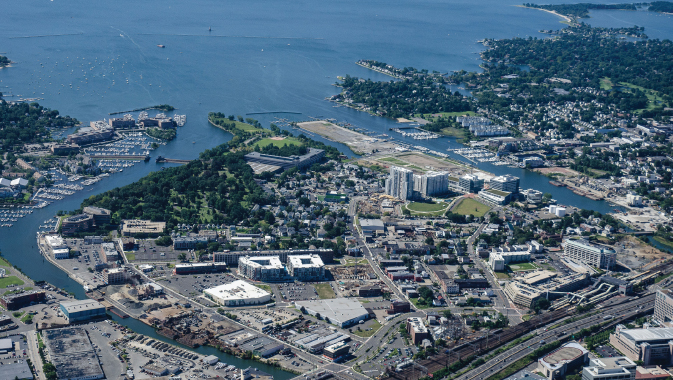