CityWest is more than a telecommunications company; it is a vital tool for the fifteen thousand residents and businesses it connects across Northern British Columbia. The company stays true to its founding vision of being a company ‘that has a direct impact on the local economy through job creation, charitable donations, infrastructure investment, shareholder dividends, municipal taxes and more.’
~
Back in 1910, the telecommunications industry was still very much in its infancy. The wired telegraph had been invented in the late 1830s, followed decades later by the pioneering work of Italian engineer and inventor Guglielmo Marconi, who sent the world’s first wireless signal over 2,000 miles from Newfoundland to England. In the years between, a new innovation signalled one of the great inventions to change the world: the telephone. When Scottish-born inventor Alexander Graham Bell summoned his assistant Thomas A. Watson from one room to another via the telephone with, “Mr. Watson, come here; I want to see you,” communication changed forever.

In the decades after Bell’s 1876 invention, use of the telephone grew, and the origins of a West Coast telecommunications company began.

“The company was very dependable and a key part of the city’s growth,” says Don Holkestad, CEO. “In the 1990s, when technological change in the industry really accelerated, CityTel adapted to the changing landscape. It launched the only cell services west of Prince George, and it launched DSL Internet before even London, England.”

Other industry changes soon followed. In 2005, the City of Prince Rupert spun off CityTel into a separate company with the city becoming the sole shareholder of the newly-named CityWest. And at the same time, CityWest purchased Monarch Cablesystems. “CityWest is actually the joining of two proudly Northern companies: CityTel and Monarch Cablesystems,” comments Holkestad.

Monarch Cablesystems began in the 1960s as a provider of cable television services and expanded into Northern British Columbia and portions of Alberta. The company had launched Internet services via coaxial cables – the most-used technology to deliver Internet services within North America – in the 1990s.

Since the unification, the company has been proud to provide telephone, Internet and television services over a variety of technologies to customers from Prince Rupert, Terrace, Kitimat, Stewart, Hazelton, Smithers and Houston.

Much of the company’s ongoing success comes from its people. It hires employees who adhere to the CityWest values of being active listeners and open communicators, remaining humble and being fun, passionate and caring.

Part of the reason CityWest is so effective in the communities in which it operates is due to the company being based locally. Its staff of eighty all live in Northern B.C., and many were born and raised in the area. Living in the same area as the company’s many customers enables CityWest staff to truly appreciate their needs.

“The main advantage is the customer experience they get with us,” says Holkestad. “Part of this is the customer service aspect, where we find a way to deliver our services to our customers and respond quickly if they need help, but it goes beyond that. As people who live in the North, we have a good understanding of what our customers need, and if we don’t quite understand what they need, we’ll find out pretty quick, because we go to the same stores they do; we go to the same coffee shops; we meet each other on the same streets. Oftentimes, it’s those encounters that provide the best market research we could ever get, and we’ll adapt to those customer needs faster than anyone else can.”

CityWest has many business customers, especially in the logistics and transportation industries.
“The service sector is particularly strong in Terrace, and we’ve seen some strong growth there, even if the economy has decreased slightly,” says Donovan Dias, Vice President, Sales and Project Management. “We also serve a lot of government clients, including schools and municipalities, as well as aboriginal communities.”

CityWest remains a great supporter of its customers, employees and local communities in which it is involved through numerous philanthropic efforts. Each May, the company takes part in the annual Relay for Life, a national campaign to raise money for cancer research. This year, staff fundraising events raised over $15,000. The company has sponsored hockey teams in Prince Rupert, Terrace and Kitimat. It has also donated to the Dr. R. E. M. Lee Hospital Foundation in Terrace, sponsored an award at the Northwest Innovation Challenge to celebrate the resourcefulness of local inventors, donated towards the purchase of a 3D printer for the Prince Rupert school district and sponsored graduation scholarships in Prince Rupert, Terrace and Kitimat.

To maintain its competitive edge, CityWest continues to expand, with significant product launches of cable telephone, digital television and high-speed Internet fuelling its growth. In just the past five years, the company has invested over $21.5 million in technology, with the sole intent of improving the overall experience of its customers. “While we’ve seen some very good return on these investments, we have seen even bigger returns in the investments we’ve put into our team of amazing employees,” says Holkestad.

CityWest is always looking for ways to improve the customer experience, “whether that means refining our products or bringing our customers the best technology,” says Dias.

In addition to expanding into Smithers, the company recently launched services in the nearby community of Telkwa. Over the past year, CityWest has also expanded into the aboriginal communities of Metlakatla, Gitanmaax (Old Hazelton) and Kispiox. It has a significant presence in most if not all multiple dwelling units. “We believe that the owners and tenants benefit from our services. We work very closely with the owners of these buildings to ensure their customers are happy.”

CityWest provides both residential and business bundles available to customers in its Terrace, Kitimat, Smithers and Hazelton markets; additionally, the company has residential bundles in Prince Rupert and is hoping to launch business bundles there soon. For customers, bundling provides a range of advantages from cost to convenience.

“The main advantage for customers with bundling is that their experience improves by having more than one service at their location,” states Holkestad. “Customers have a lot more to choose from if they have both TV and Internet services in their house. They can watch a live event on digital TV while tweeting their opinions and observations to their friends on their phone over their wireless Internet network. Their experience is also improved by saving some money in bundles; the more services you subscribe to with us, the more you save. And there’s also the convenience of having all services on one bill, rather than spreading this out to a bunch of different providers.”

“In everything we do, we ensure that our customers have a great experience with our services,” says Holkestad. “We’re proud of the fact that it has been local people that have built this company from humble beginnings to serving many customers in many different markets across the North.” 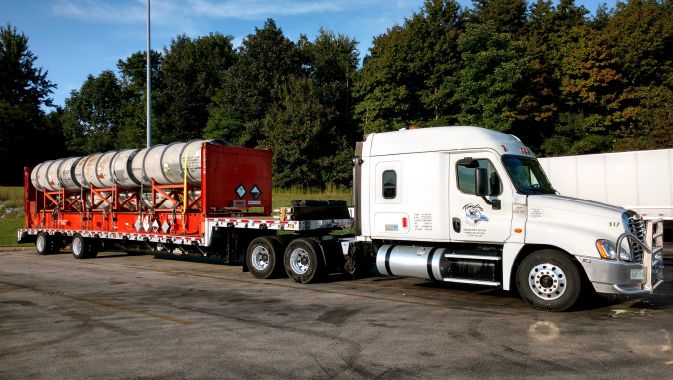