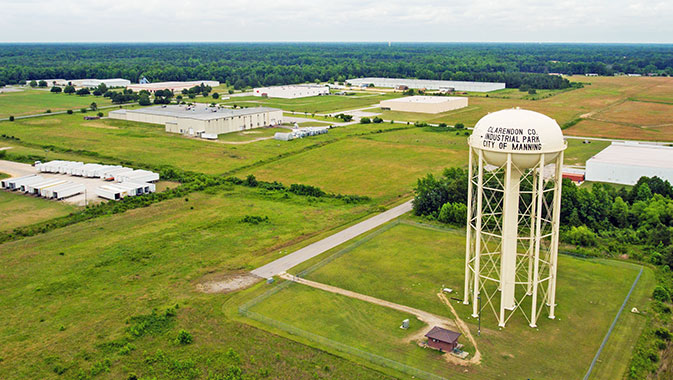 Clarendon County is located in rural South Carolina, an hour from Charleston. The county offers a multitude of services, amenities and opportunities for businesses, residents and visitors. It is strategically positioned and rich in assets, and the Clarendon County Development Board is working diligently to market these for the benefit of the community at large.
~
Although settlement in Clarendon County dates back to the late 1700s, it was in 1939 that the area was developed and redefined in a way that would greatly improve the livelihood of residents and businesses in rural South Carolina. Lakes Marion and Moultrie are manmade lakes that cover of 100,000 acres and are operated by South Carolina’s leading power company: Santee Cooper. The lakes changed the landscape and were intended to create hydroelectric power, but became assets that would help the area to grow, attracting both residents and tourists.

“These man-made lakes were carved from lush forests. At the time, this area was very rural. It was mostly agricultural, rich, fertile soils, but there wasn’t a whole lot else in the late-thirties-early-forties, so what they did was developed this plan,” explained Clarendon County Development Board Executive Director George Kosinski.

“The ultimate goal was to produce electricity by damming up these rivers and connecting the two lakes to produce hydroelectric power. This included the construction of the Santee and Pinopolis dams, and two canals were dug to join the lakes.”

The project required more than 12,000 men who cut down nearly 177,000 acres of timber by hand. In 1941, the very last spillway was closed, and the lakes were full. “It offers an array of swimming, fishing and boating opportunities, and it is generally a sportsman’s paradise,” Kosinski said.

The area was also transformed by the construction of Interstate 95, which runs north-south from New York to Miami through Clarendon County. “What that allowed us to do is focus more on manufacturing, because before that you had Highway 301, but you didn’t have the big interstate, so you weren’t able to get products to and from this area like you can today. Today, we host six interchanges along Interstate 95,” Kosinski said.

The county has access to I-20 and I-26, which are just thirty minutes away from its industrial sites and offer east-west connectivity to markets across the country. Clarendon County also has the benefit of rail access and proximity to four airports with domestic and international options for travel. Businesses here can access sixty-five percent of the U.S. market in a single day’s travel.

Clarendon County offers a competitive market advantage supported by its proactive approach to development. “We have a new site on the north edge of town that we call the Sally Alderman Industrial Park. We ended up upgrading the wastewater and water treatment to that site, and there is nothing on it yet,” Kosinski said. “We also have the Clarendon County Industrial Park on the South edge of town, which boasts roughly 200 acres of undeveloped land and a 50,000 square foot speculative building. Both of these parks have been certified by McCallum Sweeney Consulting and the South Carolina Department of Commerce.” The county also has a 1,500-acre mega-site in the northern part of the county that is shovel ready, equipped with the necessary infrastructure and waiting for its ideal tenant and the accompanying jobs.

Though the population is approximately 34,000, a number that is expected to grow, the county has the available workforce necessary to support existing and future job growth. It draws on a labor force of up to 150,000 who live within a forty-five-minute drive.

There is a commitment by the development board and the many regional educational institutions to ensure proactively that the population is workforce ready to meet the needs of local businesses. “The largest sector of employment in the county is healthcare. We are home to Clarendon Health Systems. That is followed by retail, public services, government and education,” said Kosinski. “Of course, we’re trying to grow our manufacturing base, which makes up six percent of the total workforce right now.”

The target industries for growth are those that can capitalize on the county’s assets and infrastructure. Timber and timber related industries are active here. “We’re in a vast location with miles and miles of timber, and we’re harvesting timber right now,” Kosinski explained.

One major employer, Kent International, Kosinski refers to as a local success story. Kent International, a global supplier of bicycles and accessories opened its first U.S. bike assembly facility in Clarendon County and produces its Bicycle Corporation of America (BCA) line at the facility. This has been part of the move by Walmart to re-shore manufacturing jobs to the U.S.

“Two years ago, there was not a single bike made at all – mass-produced bicycles – in the United States,” Kosinski explained. “We’re producing about 7,500 bikes per week right now. In rural South Carolina, we’re making bicycles, which we think is fantastic!”

Businesses find workers to be available, loyal and highly motivated as Kosinski shared company testimonials. “I’ve been in the manufacturing industry for thirty-eight years, in various industries and locations, and I’ve never had a production team that had the desire to learn, with attention to details, as the one I have in Clarendon County.”

Another one expressed: “The performance of our business is directly correlated to the quality and dedication of our people. Being located in Clarendon County has connected us with a high-performance workforce that has not only enabled our success in the market but has positioned us for future expansion.”

South Carolina is a right-to-work state, and Clarendon is the first community in the state to be certified work ready. Together with the educational institutions and communities such as Manning, the county has undertaken initiatives to bring in jobs and be sure that the needs of those businesses are being met.

There are nearly eight hundred workers who travel outside of the county for work each day, while five hundred travel into the county to work. “The more jobs that we can produce here, the more people will stay at home and continue to spend their money in the county,” acknowledged Kosinski. A growing sales tax base will reinforce the economic foundation and quality of life in the community.

“We are rural, and that is not a bad thing,” said Kosinski. “You can still be a rural community and be close to everything, and you can make your rural community stand out from the rest of them.” Residents and visitors can enjoy the lakes, nature, golf, parks and wildlife, agri-tourism, arts, culture and quaint shops and many community events.

There is a variety of affordable housing, including custom-built brick homes with exceptional finishes. There are also a variety of neighborhoods from which to choose, which adds another dimension to the community’s vibrancy.

“That stuff may not help us when we are recruiting on the front end – when we are recruiting the business – but when the business gets here, as the industry locates here and they need to recruit corporate level executives to come out and run the operation, it helps tremendously when they can show them a house on a 100,000-acre lake for $250,000,” Kosinski said. Lakeside living can be had here for eighty-eight percent of the national average housing cost for similar properties.

Tax credits, Tier 1 incentives and other programs are in place to further encourage business attraction and growth, and the county’s efforts to improve services and amenities are second to none.

Clarendon County has undertaken a great deal of global recruitment to promote the benefits of Volvo’s investment. “In this day and age – and in this market – we can’t sit behind our desk and wait for people to call us,” Kosinski said, adding that he just returned from a trip to Europe to solicit interest in Clarendon County.

Through the collaborative efforts of the Clarendon County Development Board and other local, regional, state and federal entities, the county is working to ensure that services, amenities, infrastructure and support are available to foster continued success.

“We’re working together, and we’re working toward that one really big goal which is to be the preferred destination for global manufacturing. That’s really our overarching goal,” and one that Clarendon County is poised to achieve. 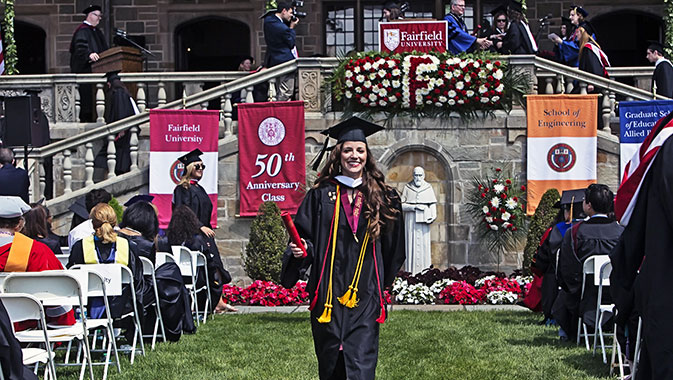