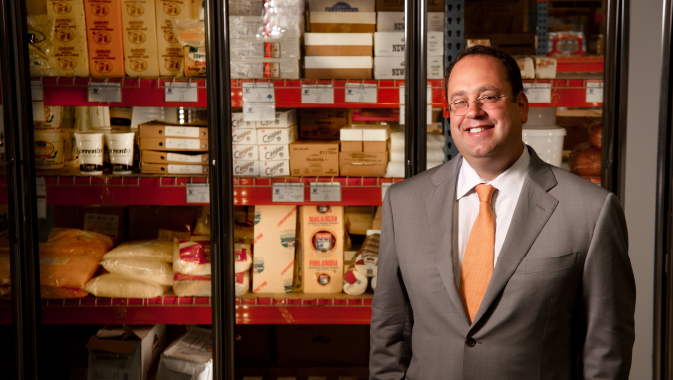 Benjamin Foods’ President/Chief Executive Officer, Howard Klayman’s out-of-the-box thinking and innovative ways have gotten Benjamin Foods to where it is today. More than anything, Howard’s passion has built this Hatboro, Pennsylvania-based food distribution company into a growing industry presence while in just its 10th year of existence.
~
Benjamin Foods, a broadline distributor, delivers a wide range of food and foodservice equipment and supplies to an array of foodservice operator customers across America. It also sells directly to the public through its Cash & Carry store, while selling and distributing to restaurants throughout the Philadelphia area. We spoke to Marketing Manager Charles Carfagno to find out more.

“The food business is in Howard’s genes – it’s in his DNA. He’s proud of his family’s accomplishments and his Philly roots. He was very close to his grandparents. Howard’s story (and evolution in the food industry) has been a natural progression from playpen to President/CEO, starting his own business at a young age,” says Charles; “but at the same time, it’s also an inspirational testimonial to the American dream.”

In 2001, upon leaving his father Larry Klayman’s restaurant food & supply business, Howard began a five-year stint with a broadline food distributor of national scope, as a food broker. He also worked on weekends with a local butcher shop which gave him invaluable experience still applicable today. Though not meant for the long-term, it was within this period Howard’s affinity for the business turned into passion. As he enthusiastically brought innovative ideas to his employer’s leadership, they were less than enthusiastically received.

“When his employer balked, Howard decided, ‘Fine – I’m going to start my own business.’ He is a world-class sales professional, but also possesses keen vision and big ideas. While a very loyal person, he then realized the glass ceiling had been hit; so he left that position and started on his own,” explains Charles.

It was in 2007 at age 32 that Howard began Benjamin Foods. With no seed money, no investors and no financial help from the family company, Howard started with nothing but a concept, vision, high tolerance for risk, and an unrelenting commitment to succeed. He took life lessons and ample industry knowledge and applied them with his fierce work ethic developed in the family business.

“It was his decision to go it alone. His family supported him and cheered him on, but it all rested on Howard’s shoulders. His unassuming way and great sense of humor are rare today, particularly for someone of his success and young age. People really like him. I believe his humility is the critical factor, as he is genuinely receptive to feedback and to challenging his own assumptions – hallmark qualities for true visionaries of impact,” says Charles.

Within three years of existence, Benjamin Foods was built to the point where it needed to move from a 14,400 square foot warehouse in Northeast Philadelphia to a new 122,000 square foot facility currently serving as headquarters in Hatboro, PA just on the outskirts of Philly. Since moving into this larger facility, creation and maintenance of a Cash & Carry store was the first strategic movement to expand into the restaurant business market segment. Presently, Benjamin Foods is, once again, outgrowing warehouse capacity. Steady revenue growth continues driving rapid expansion of the business. Amazingly, all of this growth has occurred during the worst economic climate since the Great Depression.

“Even though we moved into a larger facility in 2010, we were still very much a glorified sales team that then had greater operational capabilities and much nicer office space for staff. Our current emphasis is to refine and improve operationally, culturally and overall organizationally. Rapid expansion of a business can be almost as perilous as flat top-line revenues. Ensuring requisite business, customer and organizational infrastructure becomes as critical to the success of a young and growing business, as does increasing sales.”

It has helped that Howard surrounds himself with people like Charles Carfagno, who has a Bachelor’s Degree in Food Marketing from Saint Joseph’s University (renowned and the world’s only graduate business program in food marketing) and a Master’s Degree in Counseling Psychology from Chestnut Hill College, both in Philadelphia, PA. Charles’ clinical psychology background provides natural virtues applicable to marketing and sales, while it has also enabled him to excel in the additional business disciplines of organizational development and leadership development over his 31 years’ professional experience. “We have a very talented hard-working purchasing team, along with our experienced and driven sales staff, who know our industry and strive to be trusted advisors to our customers. Each salesperson also manages their own respective book of business from order placement through delivery, ensuring quality control and order accuracy.

“We’ve recently embarked upon a cultural transformation campaign, acknowledging that at the heart of maximizing long-term success is the establishment of an extraordinary corporate culture. Essentially, the operational improvements we’re currently implementing can go no farther than the transformation of our culture, as we strive to go from good to great. Culture embodies our collective character as an organization and the manner in which we do things… each and every day,” says Charles.

Howard’s more recent strategic plan includes an increasing movement toward vertical integration. “Vertical integration is actually going to differentiate us from the leaders of the food distribution industry. While we respect and admire their success, they do vertically integrate to some degree; but far short of Howard’s vision,” explains Charles.

The company recently purchased one of its largest competitors. While the recent acquisition is exciting, rapid expansion requires implementing and maintaining the infrastructure necessary to properly manage growth. While eagerly anticipating implementation of ensuing aspects of his strategic vision, Howard Klayman practices great patience and moves slowly, only when he’s convinced the timing is right.

In addition to its recent company-wide cultural transformation campaign, Benjamin Foods has just begun building a formal marketing discipline and department, along with adding improvements and innovations to operations. While moving at warp speed, the company is a dynamic environment where the team believes ongoing transformation is requisite to achieving Howard Klayman’s vision.

Brand development with ensuing digital marketing is Charles Carfagno’s main undertaking. “To say that the company is re-branding is a bit of a misnomer. There was no branding to begin with, but that was not by design; it was just that the company grew naturally without one. Our existing brand has pretty much evolved by default. It emerged solely as a function of how we did things; how we took care of our customers. This is really our inaugural fully integrated marketing/branding/promotional campaign. We’re currently redesigning our logo, redrafting our positioning statement and value proposition, while also redesigning our website. We do have some of our new messaging down, but that’s all very much in the early stages of development. This type of comprehensive marketing campaign, done right, can easily take 12 to 18 months to hit full-steam; for ultimate deployment of a comprehensive digital promotions campaign,” Charles says.

“Howard wants to build a world-class company. We want to go from good to great, and from great to world-class,” explains Charles. “Our 2014 annual revenue grew 18 percent, as well as another 22 percent increase on top of that in 2015. Regarding 2016, we’re currently on a pace projecting at a 34 percent revenue increase over 2015. All of this, coupled with our upcoming tenth anniversary celebration, ‘Ben Turns Ten’, should make for an eventful and fun 2017. It truly is an exciting time to be working at Benjamin Foods.” 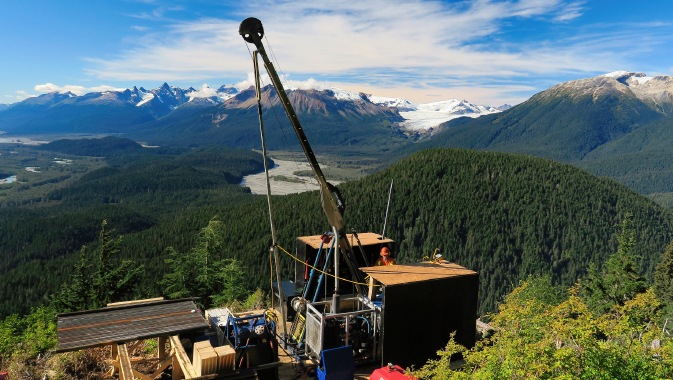