Moving On Up to the Top in Washington State 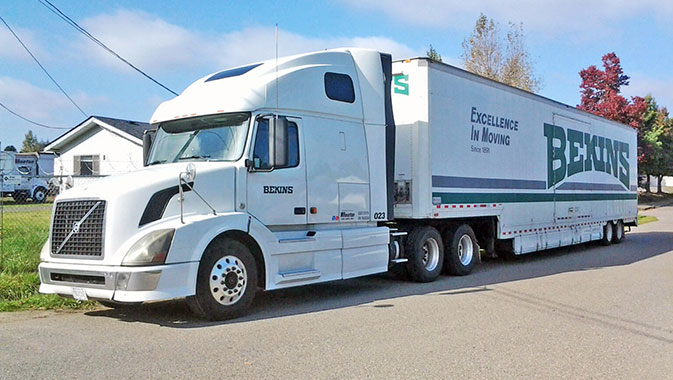 Established in 1903, Bekins Northwest has more than 100 years of experience in the moving industry. The Corporate Headquarters are located in Olympia, Washington, where the Company serves as an agent for the massive Bekins Van Lines firm. Bekins Northwest continually strives to raise the standard to provide customers with the best possible service in the moving industry; with the goal to be recognized as the leading moving and storage Company in Washington State. The Company’s current primary focus is on residential, commercial and international moves as well as logistics, specialized moves and storage.
~
When asked if there’s anything that Bekins Northwest will not transport, “Circus elephants or zoo animals perhaps,” Robert Schmidt, Vice President of Sales and Marketing, laughs. After all, Bekins Northwest is the same full-service moving and storage Company that was hired to transport a skate park and, on another occasion, the Seattle Seahawk’s equipment to the Super Bowl in 2014. In business for over a century with a highly tenured staff, nothing intimidates leadership at this venerable Company.

As for to what he attributes the Company’s longevity, Schmidt says, “I think it’s the focus on the customer experience. Providing value to the customer in the form of exceptional service at a fair price.”

Bekins Northwest has branches located in eight cities across Washington State and just acquired their ninth location in Moses Lake, which is located at the central part of Washington.

Bekins Van Lines was founded in Sioux City, Iowa in 1891, by brothers John and Martin Bekins and is one of the oldest and largest moving companies in the United States. Bekins Van Lines, which is now owned by Wheaton Van Lines, has a network of hundreds of agents across the U.S.

With the connection to Bekins Van Lines and other partners, Bekins Northwest can ship across North America and globally. “There isn’t anywhere on the globe where Bekins Northwest won’t ship,” says Schmidt. He does concede that, “some areas are more difficult to service than others, due to political views or regulatory laws, but we always find ways to facilitate that by bringing on partnerships.” With that being said, the majority of Bekins Northwest’s work is in Washington State.

Bekins Northwest is currently in expansion mode. Last year, the Company had 230 employees. This year, it employs 252, which include move coordinators, packers, drivers, movers and sales and marketing staff. Revenues for 2015 were at $17 million while projected revenue for 2016 is expected to be $20 million. As for the vehicle fleet, the Company has 142 power units and 102 trailers.

The Company takes branding seriously, starting with the movers wearing uniforms and using top-of-the-line vehicles. The Company has all the proper licenses, insurance requirements and safety qualifications to do its job properly. For safety purposes, Bekins Northwest continues to operate as a drug-free work environment.

Within the residential moving segment, Bekins Northwest can provide custom crating, expert packing, long- and short-term storage, piano moving, records storage and free, written estimates. For commercial moving, it offers free onsite moving estimates, pre-move onsite planning, protective materials for buildings or facilities during the move, expert packing and unpacking and storage. The Company assigns a move coordinator for each job; their primary job responsibility is to oversee the work the crew does, strategize on the best way to conduct the move and handle any unexpected challenges while providing exceptional customer service.

With all this in mind, it is easy to see why a family or a business will hire Bekins to handle their move. “I think it’s our communication and the attention to detail,” says Schmidt.

The majority of the staff in the key leadership positions at Bekins Northwest, including himself, come from the industry itself, he notes. They have extensive first-hand experience doing moves—packing, loading, driving, unloading, unpacking and customer interaction. This “development from within” mentality means Bekins Northwest staff possess “a level of knowledge” that allows them to assess and handle just about any situation, says Schmidt.

Bekins personnel are prepared to “troubleshoot right from the beginning and put together a move plan that makes sense. We’re proactive on the front-end, rather than reactionary,” he adds.

By contrast, some of Bekins’ competitors lack this kind of first-hand experience in the moving trade. These companies are “not necessarily employing people from within the industry,” says Schmidt.

Bekins Northwest looks for drive, reliability and trainability in new hires; along with experience in the moving trade, when possible. Training is intense and involves, among other things, the use of a mock-up of the back of a truck. New employees are trained in the best ways to load, pad items and unload vehicles. Employees who prove their worth are encouraged to stick with the Company. Schmidt again emphasizes that Bekins looks to “promote from within” when filling leadership positions, meaning there’s plenty of opportunity for advancement for hardworking, dedicated and loyal employees.

The Company’s corporate culture is based on the principle of constant improvement. “Ownership always says our decisions should be made with the mindset of doing what’s right as opposed to only going after “short-sighted profit,” explains Schmidt.

Bekins Northwest also offers various supplemental services, such as logistics (including final mile delivery, warehousing and records management—that is, keeping company documents and paperwork safely stored away). Storage is another major service offered. Each of Bekins’ branches in Washington State has storage facilities. There’s no limitation on how long a client can keep their goods in storage. “We’ve had clients that live overseas and have been [in storage] for years.”

The Company is able to accommodate very large amounts of goods. Schmidt recalls doing projects for construction companies like United Technologies and colleges like the University of Washington that ended up utilizing tens of thousands of square feet of storage space. Through its connection to Bekins Van Lines and other agencies, Bekins Northwest can offer clients storage facilities anywhere.

In terms of interesting projects, Schmidt cites a job Bekins is doing for the city of Blaine, Washington. “We’re in the process right now of shipping a skate park. [We do] boats, automobiles and skate parks,” he laughs. “Commercially, you get into some pretty strange things; as for Blaine, large sections of the park have been disassembled by a contractor. We’re hauling them for reassembly.”

As mentioned, Bekins Northwest is the official mover of choice for the Seattle Seahawks. “When they went to the Super Bowl, Bekins transported all their equipment. This included everything that was needed during that week. “We move players; we move employees; we move equipment; we set up their training gym … any move-related business that they require, they come to us,” says Schmidt.

Bekins Northwest uses a website and social media to promote itself. It also has a marketing department and relies on sales consultants to spread the word about the Company. Promotion comes down to reputation and the Company’s drive to excel.

As for the future, Schmidt hopes that Bekins Northwest “will continue to expand through acquisition” while operating in multiple states.

Bekins Northwest has no plans at present to start offering any brand new services outside of what the firm currently offers. “When we talk about alternative revenue streams, it’s all related to the transport, moving and storage industry. When we do installations of modular furniture, that’s about as far out of the box as we get,” he states.

While the Company will ship anywhere, all of its branch locations remain in its home state of Washington, for now. The immediate goal remains to be the best movers that Washington State has to offer. 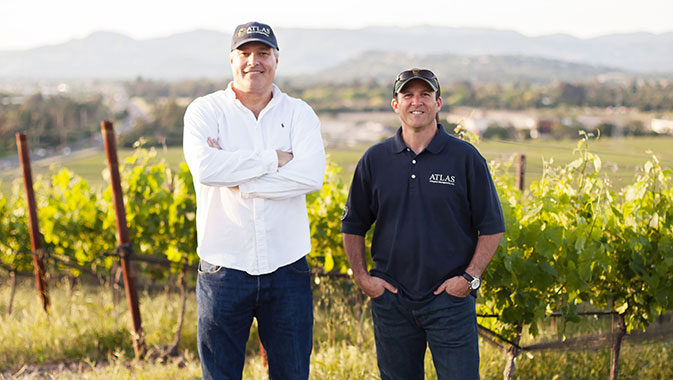 A Fresh Take on the Legacy of Winemaking

Moving On Up to the Top in Washington State