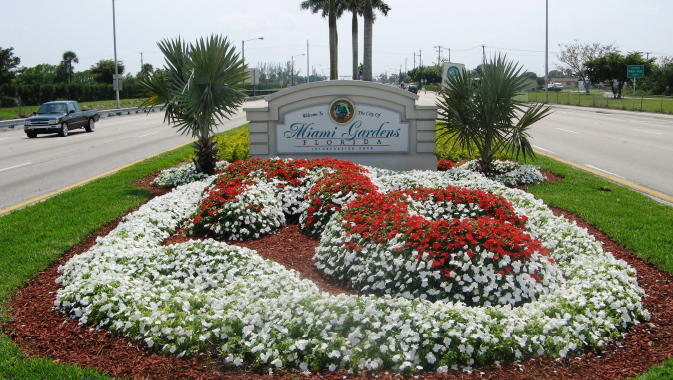 Oliver G. Gilbert became the Mayor of Miami Gardens in 2012, merely nine years after the City came into being in 2003. “My mom still stays here in the house that I grew up in. I bought the home I lived in until I was ten (10) years old from my parents and live there with my son. My sisters still live in the city as well,” he says. “I went to elementary, middle, and high school here; I’m really a small town kid. I want people to see the Miami Gardens that I see. We can look at where we were twenty years ago and compare it to where we are now and look forward to where we can be.”
~
Situated a few semi-tropical miles east of the Florida beach district and home to the Hard Rock Stadium where the Miami Dolphins play, the City of Miami Gardens has enjoyed a lot of advantages throughout its brief 13-year history. “We have $100 million of private investment already on the way. The flea market is being redeveloped; Marshall’s, Burlington, O’Reillys, and other new businesses are going in there. We have the redevelopment of the Calder area. We have industrial parks, commercial, retail, and industrial with park warehouse spaces being developed. We have the Amazon Center and we have the pending Top Golf facility that should start construction around December,” says Mayor Gilbert.

“We’ve been very aggressive in promoting the idea that we want people to come here with as great an ease and as fast as possible. As residents and as a community we want to support business. I was in D.C. meeting with people from the Department of Commerce about applying for a grant to do a study on which industries are specifically appropriate for the area and how we go about targeting them.”

Boasting a 65 percent home ownership rate with a population of about 110,000, the City of Miami Gardens sits in the center of a corridor connecting South Florida to the rest of the United States. Adjacent to interstates 75 and 95 as well as Florida’s Turnpike, Miami Gardens is the perfect location from which to access Florida’s nearly 20 million residents and $840 billion economy.

“We do things differently in Miami Gardens,” Mayor Gilbert says. “We created a $60 million dollar general obligation bond for science, technology, engineering and mathematics for our parks. We will build a recording studio and a television production studio and a culinary arts facility so that our kids can actually engage in these disciplines so that they’re ready for a future that is going to come no matter what,” he shares.

In addition, “We are trying to build the best park system in the state of Florida. Not every kid will want to play basketball or football or baseball; some kids will want to look through a microscope or design a computer chip or they’ll want to learn about math or they’ll want to learn linguistics. So we’re putting these facilities in parks so hopefully we can draw private individuals to come here and to use our facilities at a lower rate. This project is a new line of public-private partnership to give our kids the ability to dream bigger dreams, to dream past county lines, even past the country.”

In a truly Democratic fashion, this $60 million program wasn’t just approved by the City Council but the taxpayers themselves. “A lot of people will say they value something but when you ask them to pay for it, it’s a different story. I think that people will look back on the time that we approved the bond 20 years from now and say this is when things changed in Miami Gardens. Something happened that allowed a kid to become a graphic designer and that kid didn’t get involved in a gang. Something happened that allowed a kid to be a gymnast and then he went on and brought home the gold. Something happened that allowed a kid to become a record producer. People often accuse me of being a ‘children’s mayor’ but my obligation right now is to make a city that’s good and with the potential to be great – and you can only do that by investing in the future.”

Living in a state with the largest tourism industry in the world affords numerous opportunities but also challenges. “When tourism – which is the major driving force of the Florida economy – gets hurt, it hurts Miami Gardens. People ask, ‘How can that happen when you don’t have a hotel?’ No, we don’t have a hotel but we do have our residents who work in a wide range of jobs that are involved in the tourist industry. When things slow down at the ports we have longshoremen who are out of work. When people don’t come to the restaurants, we have people who are chefs who work in the hospitality industry who live here. What you see is the connected effect on our residents of the greater South Florida economy that is tourist based.”

When Hard Rock bought the naming rights to the Dolphin Stadium for $250 million in August, they ended up with a partner in Miami Gardens that expects to be treated as a stakeholder and an equal. “One of the things we did was to negotiate joint control with the county and so just being able to navigate the bureaucracy and handle the resistance from the Dolphins is hard work. We have been able to get everybody together and get something that works for everybody. Getting the County Commission to approve it, the Dolphins to okay it and then getting the residents of Miami Gardens to put a change in the Charter to incorporate it has been a big deal,” the Mayor explains. “This partnership will definitely help to build a unified vision for this corridor that includes the largest tenant and the city’s largest tax paying partner Hard Rock Stadium but also supports the nearby Calder Racetrack and Casino and also the land that’s owned by the city that we want build arts facilities on.”

Since 2006, the City of Miami Gardens has hosted an international Jazz Festival that has grown from humble beginnings to become the envy of the country. “It started out in a parking lot and has grown to be something that draws people from all across the world. It shows what you can do if you have a good idea and you’re willing to be persistent – if you can keep your head about you when everybody is losing theirs and blaming it all on you. If you can do that, you can make something that is world class. People are saying it is great now but when the festival first started few were behind it. They criticized it so much it was incredible, but now those same people are asking, ‘When do tickets go on sale?’ Things take time to catch on.”

When the city celebrates history, such as the annual Martin Luther King event, there is a focus on business, entrepreneurship, diversity and acceptance. “We try to focus on the message of Dr. King because it is something that we still need to concentrate on, that people should be judged by the content of their character and not the color of their skin – that we are all Americans and all human. We need to strive for equality in how we treat each other because an affront to one person’s civil liberties is an affront to everyone’s civil liberties.”

He shares that, “We’ve also been doing things like community-based police training as well as implicit bias training for our officers as well. Part of the reason the City of Miami Gardens exists in the first place was so we could start our own police department and the residents agreed to tax themselves to do that.”

Moving forward by investing in youth and building partnerships with industry and stakeholders, Mayor Gilbert doesn’t want to be tethered to the past. “We’re not going to do something just because that’s always been how it’s done. I am not tied to anything. I have not taken a vow till death do us part. We’re going to be married to the best ideas, the best way forward – the model that allows us to be as productive as possible and that allows us to move the city forward as fast as possible.” 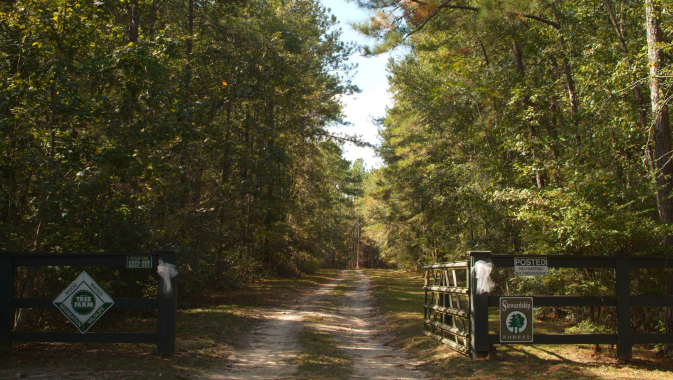