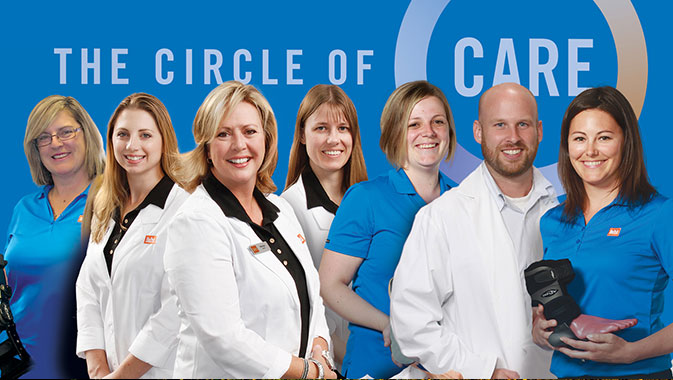 In talking with Peter Scully, the president and chief executive officer of BioPed, it becomes clear that there are company benefits derived from striving to not only make a profit but also to go out of the way to make a positive contribution to society as a whole…
~
The company has changed drastically in the years since Peter Scully came on board and has become an example for not only the custom orthotics industry but for businesses in general. Its primary focus is to provide a comprehensive array of products and service that make alleviating foot pain more accessible and affordable to all, including those who are without coverage.

BioPed’s first clinic was founded in Guelph in the early nineties, and custom orthotic creation was the core of the business. The company changed and opened more franchises. Now, BioPed has nearly fifty franchises, with twenty-five satellite locations across Canada. Part of its change in focus was to include the entire lower limb with footwear, bracing, compression socks and all that is needed for people to maintain foot health.

“Pedorthics relates to biomechanics, but we’ve expanded out beyond simply the biomechanical and are now taking care of the soft tissue with corns, calluses and athletes foot – doing minor surgeries in our clinics,” says Peter.

Peter is a retailer at heart. He was senior vice president of sales for The Source for twenty-two years, before becoming the senior vice president at Blacks Photography. Peter wanted to work in the health industry, and through a friend, he was introduced to Diabetes Express, where he stayed for two years.

“I saw [Diabetes Express] as a great entry into the health field. It went extremely well, and while there, I got a call from BioPed. I investigated the company and saw it as a high-integrity organization that worked very closely with physicians and insurance companies. They played the game the way it should be played,” he explains.

Peter brought his retail acumen into BioPed and saw a refreshing way to approach the business. After all, a healthcare client is a retail client first. The healthcare system is slow moving, and the retail system is the opposite, so he needed to find the right balance between retail and clinical. Clinic owners were cautious about Peter’s approach, but backed him, and the results have been phenomenal. Twenty-seven months of consecutive sales increases have happened since Peter joined the company.

The business was initially focused on the fully-insured custom orthotic. Peter’s approach was very different. Much like retail, the approach was to introduce BioPed, talk to them, and determine the right product to fulfill their needs.

“It’s not about selling because, in the clinical sphere, you really do not want to be the purveyor of a hardcore sell. I don’t think that is appropriate in our business,” says Peter.

BioPed has a multidisciplinary approach which is unique. The approach enables BioPed to have several types of clinicians working for them. Pedorthists and chiropodists and, in some cases, even a physiotherapist, will be on site. BioPed also works very closely with general practitioners.

There are not a lot of really large players in the industry. Some private clinics are multidisciplinary with chiropody and pedorthic services, but typically do not possess the footwear selection of BioPed.

BioPed’s e-commerce site was launched in November of 2015 as a way of delivering quality footwear and footcare products to clients and to raise the awareness for BioPed. Peter does not want to expand the rest of the business to the detriment of core business but rather he wants everything else to grow and see the core business develop as a result.

“If we have people coming in for footwear, foot creams and compression, then at the end of the day, they may be using some of our services. The idea of the concept was to present multiple options to people and find out what they truly need as a solution.”

This brought about the idea of creating an e-commerce site. Peter was looking for ways to get the company’s message out and to introduce BioPed’s many product offerings. The e-commerce site allows for the presentation of really unique products like toe spacers or low-level compression, which are all non-prescription products.

Being from a retail background, Peter challenged his team to develop a website that was a better experience than shopping in a store. Each product has a BioPed pedorthist describing it in the same way that he or she would to a customer in a store.

“We have this theory that not all shoes are created equal. There is a difference between a $69.00 shoe at Sport Chek and a $199.00 shoe at BioPed. If you are spending a lot on a pair of orthotics, you need the right footwear for the orthotic to work properly. We explain that to people.”

A BioPed pedorthist will tell customers in a quick video why a given shoe is good for certain purposes. Peter has not seen anyone approach it in this way; the website and e-commerce site are all based on education. It explains the type of product, what issue it helps to solve and how it makes a difference. He believes that if you educate your patients, they will choose to come to you.

“There is a halo effect that flows down on all we do. Unlike other companies that depend on highly-polished videos without professionals talking about the products, BioPed have professionals explaining it in their own words. That is unique,” says Peter.

BioPed has built a learning management system. The company’s pedorthists and other staff take courses through the system to ensure consistent quality. The company has even opened it to other foot professionals.

“We’ve actually opened it up, so they can earn their credits (professional education credits) by visiting our site. That will raise the profile of BioPed with them. We’ve also opened it up to physicians, where they can learn about foot conditions and foot care in a proper setting.”

BioPed is a company of conscience and strives to make a difference not only at home but in the world. It has been involved with the Goody Two Shoes campaign for about five years. Used shoes are collected at BioPed’s clinics and distributed, with the help of groups like The Salvation Army, to people in need. The challenge in Canada is that most charitable associations do not accept used shoes. BioPed donates a combination of new and used shoes.

On a personal note, I used to work with a program for the homeless in Toronto called Out Of The Cold (OOTC). It is an interfaith run homeless shelter system that is located in a different church, synagogue or mosque each night of the week. I still have contacts there, and I asked Peter if he was interested in partnering with OOTC. Within a week, hundreds of pairs of shoes had been delivered to the main office. The effort once again demonstrates BioPed’s focus on charitable causes and giving back to the community.

Peter was at an Oshawa school recently delivering new shoes to children a part of a partnership created between BioPed and Soles4Souls. To date, 50,000 pairs of shoes have been collected as a result of the relationship.

This past February, Peter and his cohorts were down in Haiti delivering shoes to villages, schools and orphanages. “It was a phenomenal experience. I brought a team of eight BioPed people down there, and we spent a week in Haiti, visiting nine locations. It was a life-altering trip!”

When shoes are collected, two things are accomplished. Most of the shoes are given to children schools and orphanages. BioPed washes their feet and fits them with shoes. The rest are used for micro-commerce. The shoes are sold to ladies in Haiti who then take them to market and earn the proceeds of their sale.

“We were fortunate enough to meet some of these ladies and hear their stories about what they do and how this business opportunity changed their lives. It’s really touching,” says Peter.

This is a company that helps in so many ways. Recently, BioPed launched the BioPed Be Active Tailored Footbed. “They say out of desperation comes inspiration.” BioPed looked at its product lineup and in the market. There were only two types of orthotics: full custom orthotics that are built from scratch and the off-the-shelf insoles that people put in their shoes. Custom orthotics are priced at about $495.00 and gel insoles at $50.00, but there is nothing between the two.

Peter recognized that people who have full insurance plans paying $500.00 for a pair of orthotics can handle the cost, even with their co-pay amounts. However, many people work for themselves or are not insured. Some of these people need foot care but can’t afford them.

“So, we created the BioPed tailored footbed. It is a midway, over-the-counter insole that caters to the individual that simply cannot endeavour to pay for the custom orthotic. It has been a great success with physicians, starting about one and a half years ago,” explains Peter. 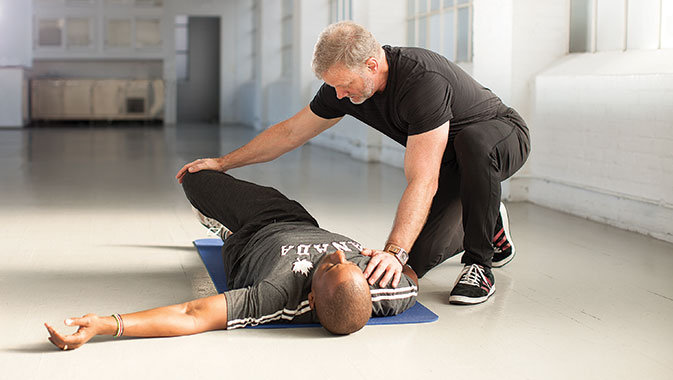 Making a Difference, One Patient at a Time