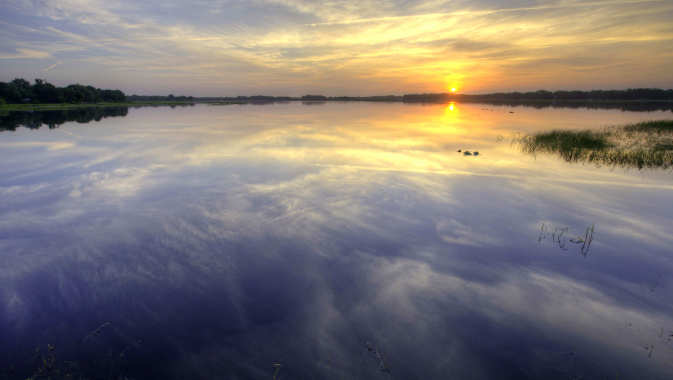 “We always start with location. We always highlight our connection to our region, which is the Tampa Bay. We have plenty of land for development. We have an award-winning general aviation airport and a technology center that is 2,400 acres with over two million square feet of industrial space,” says Pianta.

She is referring to the Brooksville-Tampa Bay Regional Airport & Technology Center. A former World War Two-era airport, this facility contains a 7000 foot and 5000 foot active runway. The technology center at the airport provides plenty of room for new businesses.

Hernando is situated in the geographic center of Florida. This strategic locale means the county is well-served by transportation routes, with five major roadways. These include Interstate 75, U.S. 19, the Suncoast Parkway, U.S. 41 and State Road 50. Tampa International Airport is a roughly 40-minute drive by car from the center of Hernando County while Orlando International Airport is approximately seventy-five minutes away. The county is also close to Port Tampa Bay.

Hernando County has laid out a welcome mat for new companies. An assortment of assistance is available in the form of fast-tracking permits, helping with infrastructure and providing financial incentives. Further incentives for new companies include job creation awards, reduced land costs, low taxes and the deferral of building permit fees and other administrative expenses. The Hernando County Office of Business Development collaborates with agencies at the state and federal levels as well as development organizations, educational institutions and area businesses to support company needs.

The county wants to attract high-tech and value-added businesses to the area, including manufacturers, distributors and back office operations, says Pianta. While space is still available at the Airport & Technology Center, she stresses that “we have other places in the county” where new businesses can be established.

At present, Walmart is one of the largest employers in Hernando County. The company runs a distribution center with 1,020 employees working in over 1.5 million square feet of space. Other major employers include Oak Hill Hospital, which employs 1,089 people; fence manufacturer Alumi-Guard, that employs 250 and Micro Matic – a maker of beverage dispensing equipment – that employs 160 people.

Hernando County can trace its roots back to the mid-nineteenth century, when a fort was built in the area to provide protection to pioneers from attacks. In its early days, the county was primarily known for agriculture and mining. Today, most agriculture takes place on the east side of the county.

There was a skirmish in Hernando during the Civil War when a raiding party of Union soldiers clashed with a band of local defending Confederate troops. An annual historical reenactment of this skirmish has proven a popular tourist draw.

In part because of the climate, the region is known as ‘Florida’s Adventure Coast’ and has multiple attractions for residents and visitors alike. “We have many nature-based tourism activities: fishing, diving, kayaking, and bicycling. We have an ATV course here. It’s very much an outdoor adventure dream,” says Pianta.

Hernando has over two dozen county parks as well as three community parks and one state park. Residents and visitors can hit beaches along the Gulf of Mexico or swim and boat in fresh water on the Weeki Wachee River. Community events include an annual bicycle race, a dog show and blueberry festival that attracts between sixty thousand and seventy thousand people. “It’s a weekend family event: blueberry pies and all the related blueberry delights,” says Pianta.

The county will soon host a TreeUmph! Adventure Course, an outdoor zip line and treetop obstacle course adventure site. The company that runs TreeUmph! already has an existing facility south of Hernando that receives about 80,000 visitors a year. “If we do half of that we’ll be doing great,” says Pianta, who says the Hernando facility is scheduled to open at the end of the year.

For families considering moving to Hernando, Pianta says the major attraction is the low-cost of living and convenient location. The county contains some of the most affordable housing, healthcare, food and shopping prices in the Tampa Bay area. The median housing price in Hernando County is around $120,000.

“We have the lowest cost of living here, and we have so many other amenities nearby. Want to go to a Tampa Bay Bucs game? It’s a forty-five-minute drive to see them or the Lightning. And Disney is an hour and a half away,” says Pianta, referring to Tampa Bay Buccaneers football and Tampa Bay Lighting hockey teams.

As for the future, Pianta envisions economic and population growth. “I see ourselves definitely continuing on the path of growing our industrial base. Our new residents are finding Hernando to be a good home. It’s affordable with plenty of opportunity and an excellent quality of life,” she states.

Hernando researchers have put together population forecasts for the county. “In 2020, they’re expecting probably 190,000 people. All the way to 2045, looking at 265,000 as an estimate,” states Pianta.

The county promotes itself to new businesses and residents through its website, public events, trade shows and word-of-mouth. “We also work with lead generation companies to ferret out companies that are growing or looking to grow. Even if you’re not relocating, perhaps it’s expansion time, and you need an expansion in the southeast?” says Pianta.

Hernando also has many existing businesses that are growing and choosing to stay and invest in the county. It welcomes companies of any size.

“We’re not only looking for the largest employers. We’re happy to work with a firm that has ten to fifteen jobs or 1,500 jobs. We walk each company through the process. We want to make sure they have the right piece of land, that they get rapid response permitting … we help them set up job screening and maybe provide them with conference room space, everything from start to finish until they are in their building. And then we continue to work with them, on workforce training programs, networking, expansion planning and more. Anything they need, we want to be their point of contact.”

As noted, Hernando is blessed with a year-round warm climate. “We don’t get snow. It does occasionally get chilly – in the twenties – for a day or two, but for the most part, the weather is perfect,” says Pianta.

The warm weather is a bonus for more than just sun-worshippers. It is also a boon for businesses such as aerospace and aviation companies. “If you have an aviation maintenance and repair operation, you are not going to have any down time for weather. No snow days. So your business is running 365 days a year,” states Pianta. 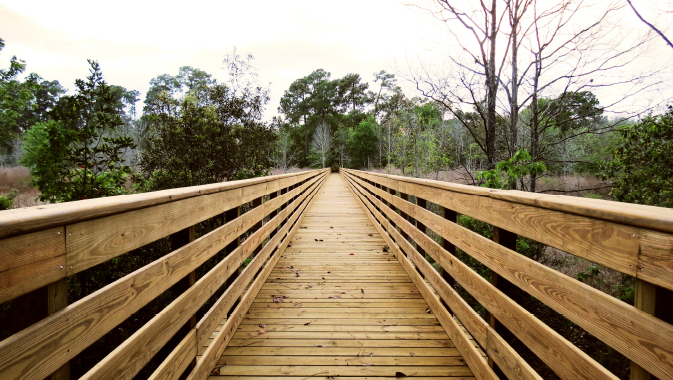