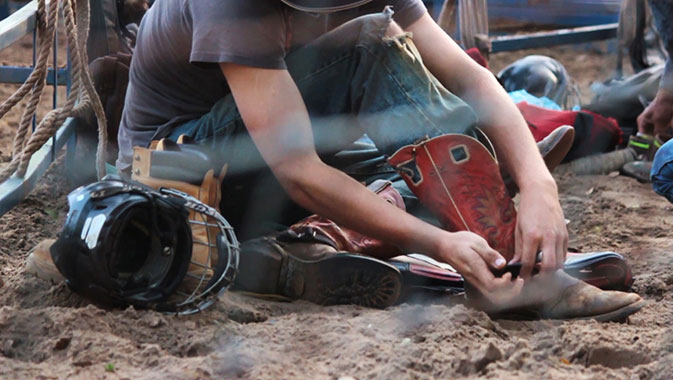 Florida is considered one of the premier destinations for travel and tourism. Typically most travelers gravitate toward cities like Miami, Tampa and Jacksonville for their attractions and beaches, but there is so much more to Florida…
~
Nature Coast on the Gulf Coast in Levy County, features world-class diving, fresh and saltwater fishing and an incredible array of wildlife and is far from the hustle and bustle of city life. It boasts a high standard of living at low cost for both businesses and residents. The Nature Coast Business Development Council is headed by Executive Director David Pieklik. We spoke to David to find out why this area is so desirable to more than one million tourists annually and how its small businesses are the key to helping the area thrive.

The council was first formed in 1985 as the Levy County Development Authority. Through mergers with private and public groups, it became the Nature Coast Business Development Council Inc., a group of concerned individuals, realtors and business leaders who valued economic development and wanted to see a mix of smart, controlled growth. By state statute, they were allowed certain powers including bonding authority to help with their efforts. Over the years, Nature Coast Business Council shifted focus until it transitioned in 2001 to what it is today.

The council supports the development of the community through leads for development projects that originate from what David describes as a “catch all, mixed bag of creativity.”

“When I first started in 2011, we had a handful of leads with some select projects: a proposed hospital for Chiefland and a nuclear power plant. Fast forward four years later, and we are generating leads by just going out into the community with a door to door approach,” says David.

It is as simple as bringing along some council literature to meetings with community and state partners when holding discussions to uncover needs. It could be that a business wants to expand and needs funding. Some may want to start a project and don’t know where to begin. Social media and word of mouth also contribute to getting leads for the council.

“I just got two calls this week out of the blue. One gentleman from Texas is looking at our area for a project. Also, a couple is looking to do a travelling art gallery to help lower income families with something to do,” David states happily.

David subscribes to the philosophy of starting from the inside and working outward. Look at what is available internally, what works and does not work and what may be missing from a supply chain. The county commission, local businesses and municipalities have given support and blessings in this endeavor.

Just like the state, the region features the traditional branches of an economy described by the famous analogy of a three-legged stool: manufacturing, tourism and agriculture. “Once you have identified those trends and where the needs are, then it’s time to start looking at what’s outside, across county lines and, of course, across state lines. We go after that through a variety of methods,” David explains.

It helps that Nature Coast has a low cost of doing business, and a variety of factors contribute to this. There are federal taxes, but no state income tax which is advantageous across the board. On a local level, there is a distinct lack of fees. The belief is that a company can be driven completely out of business before it begins if there are too many fees. A company may not be able to get itself off the ground due to impact fees, occupation licenses and connection fees, among others.

“We have very little fees. Not many of our communities have impact fees, and our tax rate is one of the lowest in the region for personal property taxes and business taxes. It makes for a very low and reasonable cost of doing business. We know we are rural and cannot be everything to everybody, but we certainly can key in on some of those advantages,” says David.

The cost of living is also low. Median house prices are at $89,000 which is another selling point when attracting business. This is one of those unique parts of the state, in which financial resources attract people, but the area is not overdeveloped, and costs are still reasonable.

Natural resources are the bread and butter of the region. The things that attract visitors also become a catalyst for them to live and work here. Employers are either involved in or supported by those natural resources in a synergistic existence.

Apart from the ‘three-legged stool,’ there are efforts at diversification. The state has eight targeted industries, and the council for Nature Coast has its own. Agriculture and eco-tourism are huge, but now several prominent manufacturers are setting up shop. The world headquarters of sport boat manufacturer Monterey Boats and high vacuum component manufacturer A&N Corporation are in Williston. A&N is one of maybe four companies worldwide that works in this field.

“If you have LED lighting or LED TV, chances are the bulbs and technology associated with it at some time went through those vacuums at A&N because dust and electronics don’t mix. That technology has allowed you to enjoy your TV or LED lighting.”

Nature Coast has everything from small family-owned stores to large corporations, but small businesses are a key to the vibrant health of the region. Ninety percent of employers have twenty or fewer employees; only a handful of businesses are considered to be in the medium to large category. However, the impact of small businesses resonates on a large scale.

Many small businesses cater to the tourist industry, with up to one million people per year visiting Nature Coast. Fishing charters and horseback riding have been bringing people in for decades, and then there are the emerging markets. Millennials are a very nomadic generation, and that has sparked a rising eco-tourism industry that caters to this lifestyle. Dive sites are also popular, as is a nice walk through the woods to just escape for a few hours.

“The e-commerce types want to unplug, but still remain plugged in. They want to take a kayak excursion and sit on a beach but still have that wireless connection for business. We’ve got the best of both worlds! Eco-tourism is a really big driver of the economy.”

Nature Coast has one of the highest concentration of springs in the state with two first-magnitude springs, meaning that they have the highest volume of water discharged (at least 2,800 liters or 100 cubic feet of water per second). Its two first-magnitude springs are Fanning and Manatee Springs. One would be hard pressed to find anywhere in the world with this high a concentration of springs. When combined with the area’s other natural resources, it is easy to see why both visitors and businesses would want to tap into that potential.

Levy has a huge amount of conservation land at 93,000 acres (14% of the region’s landmass) in addition to its springs. There are several preserves, such as the Withlacoochee Gulf Preserve in the southernmost area of Levy County. Freshwater and saltwater fishing at Cedar Key also draw in tourists and residents. This was actually one of the first ports in the state.

“We had close to 20,000 hunting and fishing licenses issued this past year, which accounts for half of our population of 40,000! That shows what a huge impact our natural resources have.”

The perfect storm of economic development continues based on location. Nature Coast is accessible through U.S. Routes 27 and 19 and two active municipal airports. Both have hard surface runways; Williston’s has a 4,000 foot-long and 7,000 foot-long runway. More than one hundred aircraft are based on site, with several dozen hangars and state-of-the-art facilities.

Five hours’ drive north and you are in Atlanta, five hours’ south takes you to Miami. Two hours’ north is Jacksonville, and two hours’ south are Tampa and Orlando. There are also ports associated with these cities.

There is also the Florida Northern Railroad, a short line that is run by the Pinsly Railroad Company and connects to the CSX lines at Ocala. It starts in Newberry and travels through Williston near the airport. This gives coastal access for some of the manufacturing operations.

“We are pretty well represented when it comes to transportation on the logistics side, and we are not that far from some of the major interstates. 75 to the east and the Sun Coast Parkway is a little further south.”

The future looks good for Nature Coast and its development council. In 2009, unemployment was at 15 percent, and now it is at 4.5 percent – the lowest in the region. Many projects are expanding in the next two years, and new services will be offered. A new hospital is going up in Chiefland, and a power plant is currently going through the permit process. This increases the employment diversity.

“Higher paying jobs are also being produced across the board in industry, manufacturing, financial services; you name it. Many trends are being developed. Enquiries for rail dependant sites have seen a seventy percent increase over last year. The region is becoming very attractive for all the reasons mentioned including a plethora of available sites, ready to go, that can serve a multitude of purposes,” says David.

David explains that not all growth is bad. It can be achieved in a very smart, efficient and practical way, and people are embracing it with enthusiasm. They have seen what has been accomplished by the council over the last several years, and how it is promoting an atmosphere in the area that prompts first-time visitors to want to return.

“Even if it’s for a short amount of time, you are going to want to come back.” 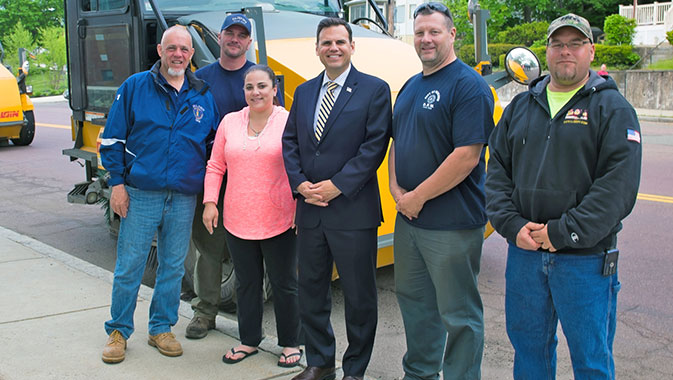