50 Years of Building on its Strengths 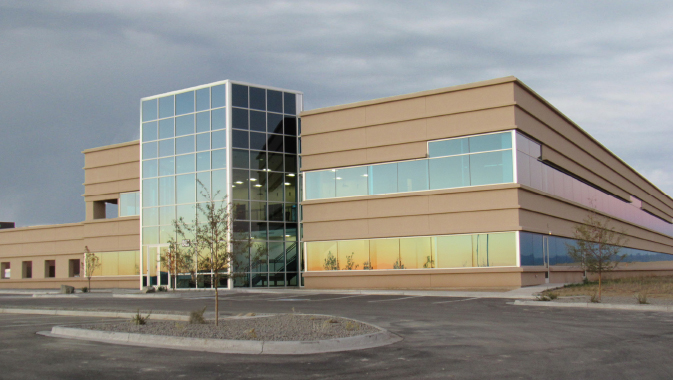 For fifty years, Chief Buildings has been designing and manufacturing metal building solutions for a multitude of construction applications. It is a family owned and run company that has supplied products to every state in the U.S. Chief is not the cheapest company, but it offers the best value and relationships have kept it strong through the debilitating recession that has crippled so many others. We spoke with Marketing Manager Brian Shelton.
~
Chief Buildings hails from Grand Island, Nebraska and has been run by the Eihusen family for three generations. It began as a construction company in 1954 and concentrated on agricultural work including grain bins. The goal was to provide whatever the customer wanted, and metal building work was a request that ended up further defining what Chief does.

“We were already manufacturing grain bins, which are metal. So over the years it became obvious that the metal buildings we were buying out were things that we could also manufacture. We had the workers, the tools and most of the skills are the same, so, in 1966, the Buildings Division was established,” says Brian.

Chief still works in agricultural structures through its Agri/Industrial Division, but the Buildings Division is where it fabricates the tapered columns, tapered rafters, cold-formed secondary framing materials and paneling used in the metal building systems. Many other divisions have been added over the years including a trucking company as well as international divisions servicing the global agricultural market.

“Chief Construction, the modern day descendent of the original construction company, still services the Greater Nebraska market but our company has also expanded to include ethanol production plants,” says Brian. “Not a vertical expansion of the supply chain, but rather horizontal.” The varied divisions are all related and grew somewhat naturally. In its simplest form Chief is headquartered in Nebraska, the Cornhusker State; Chief manufactures grain bins and buildings that hold corn, and ethanol is made from corn.

So, what are metal buildings? Why are they so popular? It is because of their tremendous versatility. As an end user, you want your building to look a certain way, with a particular color of brick or tile but the method of construction is usually not something an end user thinks about. For us, the superstructure that holds up all of this is the metal building system, and it starts with tapered steel beams. These beams are designed and fabricated to take on very specific loads, minimizing the extra steel that is so common in conventional steel construction where single profile, hot-rolled W-, H-, or I-section beams are used. “Our buildings can be just as strong as a conventional steel construction building but will weigh less. In a market where the unit of measure is weight you can easily see how a metal building also offers monetary savings.”

A lot of the work supplied by Chief is in industrial parks where the buildings do not require anything more than a metal exterior skin. “They don’t need faux finishes or split face block, brick or stucco. It’s an industrial park, and they can get away with just the exterior metal paneling. In those instances, we can manufacture the panels too; we can complete this superstructure’s skeleton with an envelope that closes it in and makes it a complete building,” explains Brian.

Chief is not a low-cost provider, choosing to build upon a reputation for quality, where success is based on repeat customers. These customers we speak of are typically not end users though; they are the general contractors and builders that Chief deals with. These builders deal with many manufacturers and suppliers for anything from concrete to the paint on the office walls. Chief’s product is just one piece in a very large and complex puzzle. Chief understands that and the team focuses their efforts on making sure they leave a lasting impression. Chief has builders that have worked with it since its inception in 1966, but it is always looking to add new ones. Finding builders that value the same things as Chief is how the company grows.

“We are looking for builders that want to have long term relationships, value customer service and are not just looking for a one-time, best price deal. Don’t get me wrong, we are competitive in the market and the volume we do is impressive. After all, we are one of the largest family-owned metal building manufacturers in America,” says Brian.

There are some big players in this industry, but only two other independent manufacturers are near Chief Buildings in size or sales. Otherwise, most other brands belong to the big conglomerates that are publicly traded, are vertically integrated and own mills and process raw materials. This equates to a lot of sales power for those brands but at what cost?

Because Chief Buildings does not deal with those high volumes, more time can be spent on each project to ensure that it is made with quality and that schedules are met. Brian says that there are other advantages in not having to answer to stockholders.

“It’s all about long-term relationships we have with our customers. And, if we want to spend more capital this year and put in a machine that will help us provide better service for the next thirty years but doesn’t necessarily provide us with profits immediately, we can. It’s family run, and there are no plans to sell out to anyone. The guy running the show now, DJ Eihusen, will be doing the same thirty years from now,” explains Brian.

In those corporate conglomerate scenarios, the focus tends to be on pleasing the stockholders right now. That is not necessarily a bad thing; however, looking at a more long-term solution by pleasing the customers is the way Chief works. And with the family name attached to the company, ownership is a little more personally involved.

“If you don’t have good relationships with your people downstream – the general contractors and the builders – it becomes nothing but a price battle. If you have a strong enough relationship with your customer base, they know that you are going to be around when they need you. Loyalties are often tested, but that is a better way to gauge success as opposed to dollar bills,” says Brian.

The slump in 2009 destroyed many businesses. Some companies simply did not have robust enough relationships, something Chief has found to be crucial. Chief weathered the recession by paying even more attention to its customer relationships and treating them with the utmost respect and service.

Being a private company, Chief does not have any long-term debts, and that makes it financially stable. If a capital expenditure of $1 million for a new piece of machinery is needed, a check is written and the product is purchased. It’s not on loan and not on credit, so this is another factor in Chief being able to weather hard economic times.

Chief is preparing itself for long-term growth and long-term sustainable capacity, but even that starts with short-term goals. Chief is always looking to speed up processes and fine-tune operations and this goes along with a steady research and development team and quality assurance programs. Improved machinery is slated to hit both Chief plants in the next twelve months, which will help to increase efficiency and enable the company to work with clients that it could not accommodate before.

The people at Chief are optimistic that the economy will recover, and the company is looking to expand even more so than normal. “We really don’t advertise. We don’t regularly run ads for Chief Buildings. However, being that 2016 it is our fiftieth year in operation, we ran a few ads this year that otherwise would not have been done. Alternatively, we choose to spend our marketing dollars promoting our builders. We are looking to expand our reach and go further into the Southeastern U.S. states. This is a call to any of the builders out there that may not be happy with their current supplier. If you operate the same way we do, Chief Buildings wants to talk to you,” says Brian.

Chief has gone through a minor re-branding recently. The well-known company motto ‘We Engineer Relationships’ will still be used to honor its commitment to its many business relationships, but it has added an additional tagline to acknowledge all the long-term and future successes stemming from those relationships: ‘Trusted. Tested. True.’ And that sounds like a good way to start the next fifty years. 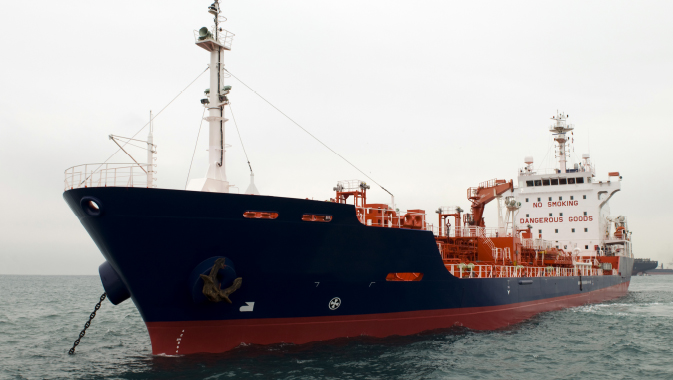 From Tugs to Tank Barges

50 Years of Building on its Strengths