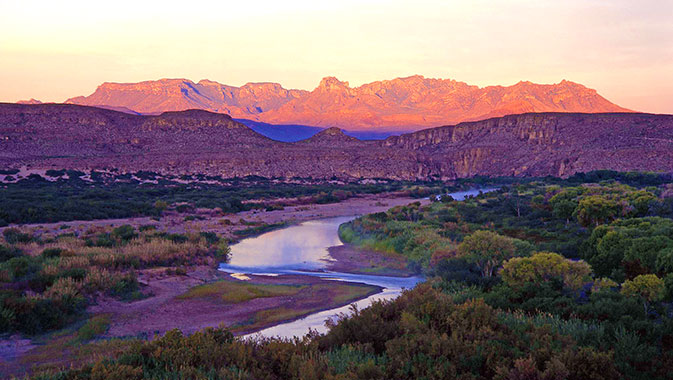 ‘Wide Open for Business’ pretty much says it all when considering the state of Texas’ unique offerings to the international market. Indeed, Texas is a national leader not only for creating one-quarter of all jobs in the United States since 2005 but for its ability to outshine the competition on many levels.
~
The Texas story is as big as its wide open skies and the state itself. The state is generating interest on a global scale for its proactive strategic approach to doing business. And this approach is working. Texas is home to five of America’s eleven fastest growing cities, approximately 50 Fortune 500 company headquarters and 2.4 million small businesses.

Much of Texas’ success can be attributed to its Texas One™ program that was created in 2003 as the marketing arm of the Texas Economic Development Corporation (TxEDC). The corporation was established in 1997 to promote the state as a premier business location.

“We make a point to connect [investors] with our regional economic development partners and provide all the resources and tools that they need to make their investment decisions,” says Tracye McDaniel, president and chief executive officer of TxEDC.

Today, the Texas One™ program is a standalone entity as a 501 (c) (3) nonprofit organization and recently hired its first CEO under Governor Greg Abbott’s leadership. The program is, “a very strong organization that supports government and economic development,” says Tracye. She notes that the program has been effective in promoting the state’s business advantages, “not only on a national level but also in creating global awareness about Texas.”

She also says that the partnerships forged by the TxEDC and the state’s economic development organizations, chambers of commerce, Fortune 500 companies and privately held enterprises have guided the state’s economic development strategy and “have been the backbone” of the state’s success. This information sharing enables Texas to “operate at the pace of industry rather than at the pace of government,” Tracye explains. “I think that’s what puts us at a very distinct competitive advantage as a state and has really progressed and launched Texas to where it is today.”

From its central location, Texas easily accommodates both domestic and international transportation through its vast and efficient roadway network – the largest of any state. There are over 313,000 miles of public roads including eleven interstate highways. The state is also home to forty-six freight railroads with more than 10,000 miles of track, which carry almost nine million rail carloads annually.

There are over 380 airports, including twenty-six commercial airports. The largest airports include the major hubs of Dallas-Fort Worth International and George Bush Intercontinental – based in Houston – that provide both domestic and international carriage.

The Fort Worth Alliance Airport opened in 1996 and is the world’s first industrial airport, accommodating commercial air traffic. It is designated a Foreign Trade Zone (FTZ) with U.S. customs on site. “This helps us to be competitive,” Tracye says. The airport has direct access to the Union Pacific and BNSF rail lines.

Sixteen seaports including eleven deep water ports (with channels at least thirty feet deep) are designated FTZ and operate along the Gulf Coast. One such deep water seaport is the Port of Houston, the largest Gulf Coast container port which handles sixty-seven percent of the nation’s Gulf Coast container traffic. Other ports include those in Beaumont and Corpus Christi, which rank among the nation’s top ten ports with respect to cargo volume.

Additionally, the Port of Brownsville is, “planning to increase the seventeen-mile-long channel to fifty-two feet from its current depth of forty-two feet.” This over-$250-million dredging project will enable this busy port and major entry point into northern Mexico, “to accommodate the new Post-Panamax vessels expected to be utilized in the international gateway in the coming years,” she adds. These deep water seaports are, “not only competitive and serve as big engines for our economy, but they’re also forward thinking and planning for opportunities.”

These Post-Panamax opportunities will come in the form of the over $5 billion Panama Canal expansion project which is ninety-seven percent completed as of March 2016. “Texas has been poised with the deepening of the Panama Canal to actually be an even stronger player in global trade. We do very well when it comes to our exports … we’re projecting that more and more goods than ever will be coming through our Texas waterways because of the widening of the Canal.” The true economic impact for Texas will not be realized for a couple of years, however.

Texas boasts that it has been the nation’s number one exporter for the past fourteen years. The National Export Initiative (NEI) announced by President Obama in 2010, was an effort to promote American exports globally and Texas’ position as a major exporter is, “a strong indicator that the [Initiative] has been successful beyond the inception of the program,” explains Tracye. The NEI has, “helped to promote trade across the nation in recent years, but Texas has been well positioned for over a decade in this space.”

There are other factors making Texas the ‘global powerhouse’ that it is. Having excellent infrastructure in place and being a right to work state enables Texas to, “attract a range of companies and promote diversity on multiple levels,” she says. There are over 160 languages spoken in the state and one-third of the total population of over 27 million speaks more than just English. “I think that’s important when people are relocating or looking for a place to call home. I think these are things that keep us well positioned as a diverse economy.”

Being the twelfth largest economy in the world and accounting for more than sixteen percent of all the nation’s goods exported in 2015 is something in which Texas takes great pride. For the third year in a row, “Texas has surpassed California for high tech exports.” Tracye notes that the state exported 6.3 million more in high technology goods than California in 2015.

Texas has numerous incentives available to attract business interests. “Texas’ overall tax burden and incentive programs have been among our greatest assets for attracting jobs and investment. Texas has always been an innovator when it comes to incentive programs that provide resources to strengthen the state’s economy.”

One such ‘deal closer’ incentive is the Texas Enterprise Fund (TEF) that was created in 2003 by legislation. The fund has proven to be an effective business recruitment tool and is, “one of our most powerful job creators,” affirms Tracye. Since its inception, the fund has awarded over one hundred grants totaling over a half-billion dollars to various industries. The fund has also aided the diversification of target industries.

There have been several companies that have recently taken advantage of the fund. Some of these companies include San Francisco-based healthcare giant McKesson Corporation that announced plans to expand its operations in Dallas and open a new regional office in Irving, Texas. This translates into $157 million in capital and investment, and this project was awarded a TEF grant of almost $10 million. “That’s the largest TEF award made under this governor’s administration to date,” she affirms.

Such projects bring not only impressive investment but create thousands of jobs. “We’re seeing these types of projects go on throughout the state,” adds Tracye. “When you see this type of diversification, geographically, you know the [TEF] is working for the entire state.” The TEF has cut the approval time from ninety days to thirty days in an effort to ensure, “that we are not allowing the regulatory environment to impede or be a roadblock, if you will, to business and job growth in our state. That’s a big priority for Governor Abbott.”

Texas is deliberate in its strategy to expand six target industries: advanced technology and manufacturing; aerospace, aviation and defense; biotechnology and life sciences; information and computer technology; and petroleum refining and chemical products and energy. These industries have seen dynamic growth in job creation over the years. The state has, “added jobs in nine of its eleven major industries, even with what’s going on a national level and how it’s impacting our oil and gas sector,” says Tracye.

She also notes that this diversification is creating opportunities in sub-sectors, like biotechnology. “Over 3,700 companies – small and large – are in our state that are focusing on biotechnology. Cyber security and unmanned aircraft systems are also emerging as particularly strong sub-sectors.”

Texas is home to over thirty-six public universities, six of which are state universities. It also has over fifty community college districts. Reputable business schools such as Rice University (Houston); University of Texas (Austin); Texas A & M (College Station); and Southern Methodist University (Dallas, University Park and Highland Park) are found here.

These institutions are, “ranked among some of the best in the world,” says Tracye. “Our workforce is strong. It continues to be fuelled by our superb higher education institutions whether four-year or two-year community colleges. I think that’s why companies are very interested in Texas. We have such a robust talent pipeline.”

A program recently launched by Governor Abbott – the Governor’s University Research Initiative (GURI) – provides matching funds to assist Texas educational institutions in the recruitment of nationally recognized researchers to their facilities. This investment in higher education will help Texas universities to be among the best in the nation.

“We believe this not only will help us grow the pipeline of talent but also lead to job creation and investment in our state,” says Tracye. Attracting the brightest minds globally will enable Texas to increase its capacity to, “grow to be a world-class research hub.”

Along with its high quality of education, favorable tax structure and low housing costs, Texas is home to the largest medical centre in the world. The Texas Medical Center – the world’s largest medical center, located in Houston – houses the MD Anderson Cancer Center, the nation’s number one cancer care hospital. The Center has performed the most heart surgeries in the world, and has, “some of the brightest minds when it comes to health care providers in this country,” Tracye says.

And certainly, Texas is not all work and no play. A myriad of things to do and see will entice and captivate any adventure seeker. The State Fair in Dallas, rodeos, sporting events, music, scenic drives or a tour of the Texas Capitol in Austin are just some of the must-sees.

“You can come here and experience just about everything you’d like to from our cultural landscape that continues to evolve today,” Tracye adds.

“Texas is like a whole other country. That’s because of our geographic location, whether you live in a major metro or a small town. It’s a great place to do business, build a home and grow a family. This is a state of opportunity.” 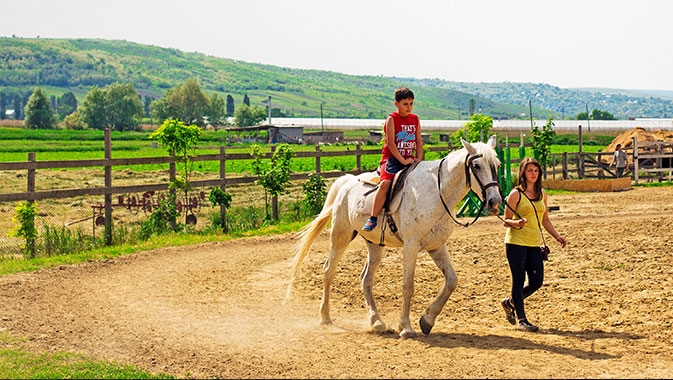 A Slice of Americana