The Village of Mundelein, IL 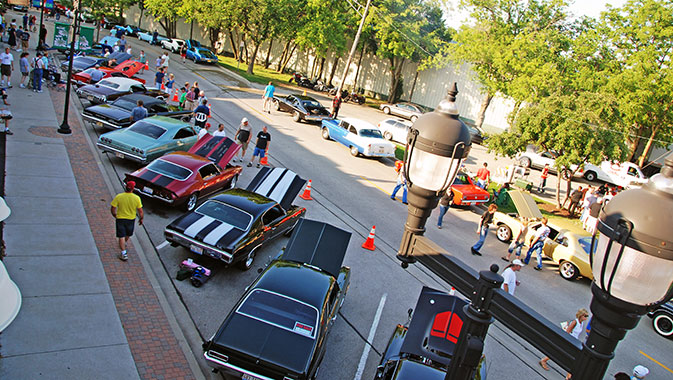 The Village of Mundelein packs a big punch for a community of its size. Rich in history and showing great promise for the future, Mundelein has rebranded and redefined itself. By leveraging its evolving economic base and fostering an exceptional quality of life, the village offers the services and amenities to support business, residents and visitors alike.
~
The Village of Mundelein has embarked on a very exciting period of growth. Through strong leadership, the village is making significant investments in redefining itself to reflect the changes of the community. Today, Mundelein’s Brand Promise asserts that, “Mundelein will be Central Lake County’s premier location for entrepreneurs and known as a welcoming community,” and this promise is the foundation upon which strategic and business development decisions are made.

First named Rockefeller to honor John D. Rockefeller in 1909, five months later the area was renamed – quite literally – Area. The name was an acronym for Ability, Reliability, Endurance and Action and reflected the philosophy of educational entrepreneur Arthur Sheldon, who purchased land in the village to establish his school for sales and sales techniques.

Entrepreneurs have had a significant impact here, as reflected in the numerous name changes the village has undergone. In 1924 it was renamed for Cardinal Mundelein of Chicago, another visionary who affected the development of the area.

Cardinal Mundelein purchased the land and built St. Mary’s of the Lake, a Catholic seminary, in a $10-million construction project. The campus remains as a seminary to this day but has expanded its educational reach to include theological studies.

As a means of expressing gratitude for the naming rights to the Village, Cardinal Mundelein purchased and donated a 1925 Stoughton fire truck to commemorate the opening of the first village hall in 1929. The fire truck, fondly known as Old No. 1, was restored for the village’s centennial and remains a proud part of its history.

Around the same time, Samuel Insull, regarded as one of the titans of industry, invested in the community. He built a light electric rail line that ran from the city through the village to Libertyville. He also built a model farm – now a residential subdivision – on the west side of the village, which promoted high-efficiency electrical appliances for the modern farmer.

Post-war development reignited growth, and a great deal of industrial development took place along the rail corridor in the center of the village.

“Mundelein has a long history of manufacturing,” explained Mike Flynn, assistant village Administrator. “Unfortunately, a lot of that was centered along the railroad tracks in the downtown, and that’s part of the area that’s being redeveloped, because those old industrial uses are no longer viable, and they don’t create a nice atmosphere.”

“In the early 1980s, Ball Glass closed, and everyone was wondering what was going to happen to Mundelein since such a major employer left. It’s a rough break when you lose those jobs, but it does create an opportunity for growth of another kind,” Flynn noted. The loss of Ball Glass created an opportunity for Medline Industries, which stepped in to fill the void. Medline is still based in Mundelein and is now the largest privately owned medical products manufacturer in the country. “Our total population is about 32,000, and we have about 10,700 jobs here in the community, so it’s significant.” Of those, there are over 3,000 jobs that are still in manufacturing.

The 1990s welcomed a period of residential, as well as economic growth. The population of Mundelein also grew over that period as people were attracted to the quality of life. Mundelein grew from 17,000 residents at the time of the 1980 census to around 30,000 in the 2000 census.

Mundelein is in the heart of Lake County and receives benefits as a direct result of this location and its natural beauty. The village is also close to Chicago and the many attractions of the region.

Mundelein provides support for business attraction, expansion and relocation as well as resources for economic development and assistance with site selection, real estate and even finance. It also has a tax increment financing district (TIF). Financial support mechanisms, such as the business incentive grant program, help businesses make necessary exterior and interior improvements.

Local business can solicit financial assistance from the village for improvements such as signs, façades and landscaping. For larger projects with the potential to generate substantial sales taxes, Mundelein also offers a sales tax sharing procedure.

The Village of Mundelein has an open and transparent approach to government and collaborates on development with neighboring jurisdictions to benefit the community and the region as a whole.

There is a solid commitment to making the community a welcoming place. Much of this effort is centered in the downtown core, as the area shifts from primarily industrial and manufacturing-based to an increasingly communal space.

“We’re really investing in creating a sense of place downtown for people to live here and work here and just enjoy being here,” Mayor Steve Lentz. “About seven years ago we purchased ten acres in the middle of town, cleared out the factory warehouses there, and we laid out a whole new street area there for new development, and that includes our new village hall.”

Mundelein’s village hall was built through a public-private partnership with Weston Solutions, Inc. an environmental consulting firm which occupies the top floor, while the public space is found on the bottom floor. The Village Hall subdivision includes several vacant lots ready for development, with a one-hundred-unit apartment complex with mixed-use retail, that is soon to be underway.

“It’s a European type plaza where we hope for people to congregate, meet and eat,” stated Mayor Lentz. The area will have outdoor dining options and will create a strong sense of community in the village core.

The village purchased a vacant industrial building over a decade ago and planned to convert this 150,000-square-foot structure into the village hall. The plan has since changed, and the building has become occupied by several exciting new businesses that have chosen to call Mundelein home.

“We sublease it to five small businesses, but we have three major tenants that we’re very proud to have attracted to the downtown,” said Flynn. “We have a really high-quality microbrewery (Tighthead Brewery) in there; we have a manufacturing firm (Sigma Services), and the law firm of Kovitz Shifrin Nesbit. They are the largest law firm in Lake County.”

The village’s downtown is home to over one hundred varied businesses and is easily accessible via Route 45 and Route 176. The downtown is transforming into an exciting place to eat, shop and live, and is key to the village rebranding.

“We’re very diverse,” stated Flynn. “We have a lot of range here in our economic makeup, so that’s what I like about Mundelein; it’s a microcosm of the country at large.” Many components work together to support the growing economy and vibrant quality of life that is being fostered here.

The village has all the services and amenities of a larger center with the many advantages of being a smaller community. It offers retail, dining, arts and culture and festivals such as the One World Festival, the Mundelein Arts Festival, Mundelein Community Days and many events that take place at Kracklaur Park.

Mundelein also boasts recreation such as an extensive trail system for hiking and biking, five golf courses – an impressive number for a community of its size – as well as a beautiful park system. The quality of life is further reinforced through diverse and affordable housing and robust educational and healthcare systems, making it an ideal place to raise a family.

Supporting the economy is an educated workforce, and supporting this workforce is the local school district which forms an educational foundation upon which the village can grow. The mayor runs ‘The Mayor’s Math Challenge’ at the local high school to further test the math and science skills of its students.

Science, technology, engineering and math (STEM) are a large part of the village’s successful educational delivery. In line with its efforts to rebrand as a great place for entrepreneurship to flourish, the high school has undertaken a significant initiative and is undergoing an expansion to accommodate greater STEM learning.

“They are rolling out a curriculum now, as part of their STEM building called the incubator program,” said Mayor Lentz. “They are going to have a curriculum to help kids learn how to start their own business.”

The Village of Mundelein continues on its path to growth and looks forward to projects that will continue to redefine the community. “Redevelopment is clearly on the front burner,” added Mayor Lentz.

“Business attraction is a very high priority with the Village Board,” Flynn said. “It’s also the reason we rebranded the community as we did, so we can present a unified and thoughtful presence to residents, visitors and businesses.”

The Village of Mundelein has plenty to offer and continues to improve its assets to strengthen both its economy and its quality of life. 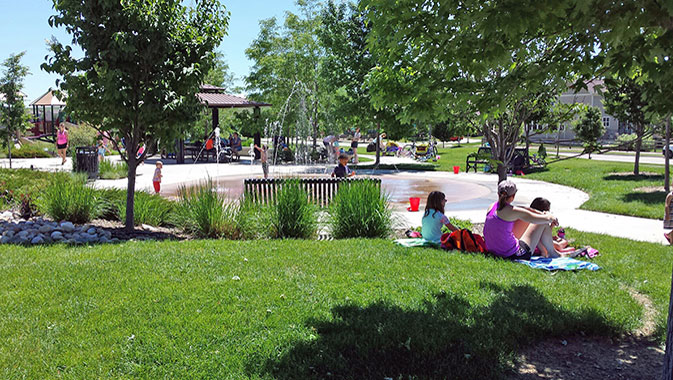