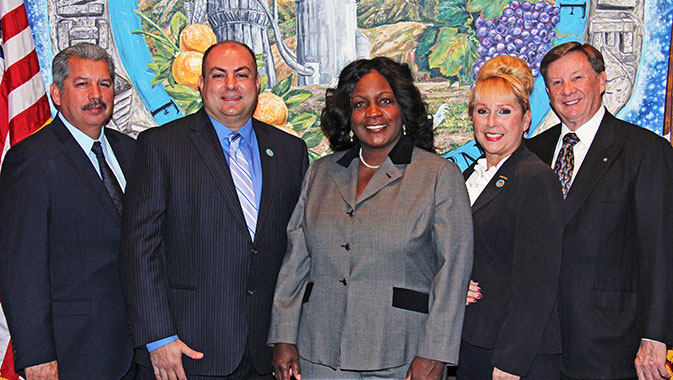 All roads lead to Fontana, and the city is open for business. Located in the Inland Empire, location is only one of its many assets. In addition, the city benefits from collaborative, forward-thinking leadership with a clear and united vision for the future.
~
Fontana, a community of 205,000, is the third largest in the Inland Empire and fifteenth in the state. It boasts a strong and growing economic foundation with an outstanding quality of life. This is a safe, family-oriented community, where there is surely something for everyone from every walk of life.

Being open for business is more than just a tagline; it is a commitment. As a result of the policy, the city has experienced a great deal of residential, commercial, industrial, infrastructural, and retail oriented growth.

“People always say we’re business-friendly, but what does that really mean?” asked Mayor Acquanetta Warren. “So I decided that I was going to say that Fontana was open for business. To be open for business, you automatically have to be business friendly.”

Through the mayor’s roundtable community engagement sessions, feedback is gathered on issues that affect the community. Roundtables have been held on logistics, education and workforce development.

The next roundtable discussion will focus on developing the city’s downtown and transit corridor. Mayor Warren wants to see Metrolink users have more retail and dining options so that they can get off the train and contribute to Fontana’s sales tax base.

The city leadership goes to great lengths to engage, consult and research in addressing the needs of its businesses and residents. Local businesses made it clear that increased marketing efforts were necessary for ongoing success, and Mayor Warren was sure to respond to the call for help.

Mayor Warren and her council initiated a new era of growth through the chamber of commerce. Greater outreach was undertaken to provide support to existing businesses, while also finding ways to attract new businesses and jobs to the city.

Since its founding in 1913, the area has had an agricultural history but changed significantly post-World War Two. Much of the city’s development was then attributable to Henry J. Kaiser, who built a steel mill and later the Kaiser Foundation Hospital to provide medical care to the workers of the steel mill. Kaiser is still an important presence in Fontana.

The city continued to grow in the 1950s and 1960s, when the Fontana International Drag Strip – which served the National Hot Rod Association circuit – was added, followed by the later addition of NASCAR’s Auto Club Speedway. The speedway is always identifying new entertainment opportunities for residents and visitors of the city.

The automotive industry accounts for much of the city’s economy. “Our auto centers are important,” stated City Manager Ken Hunt. “We just opened our fourth dealership, and I expect that we’ll see a couple more open up in the upcoming year to year and a half.” The Fontana Auto Center is located on the south side of I-210 and can accommodate up to twelve dealerships.

Hunt credits the city with having, “good transportation corridors and railroad connections, and simply put, Fontana has available land and affordable land that people can still acquire and expand businesses on.”

Targeted areas for economic growth include manufacturing and logistics. The city emphasizes the strength of its automotive sales, healthcare, construction and education sectors, while increasing retail to support the growing residential population. The mayor is also investigating the possibility of the film industry, given the area’s proximity to L.A.

One of the city’s most significant assets is its logistical strength. Located near the Ports of Los Angeles and Long Beach and the Ontario airport and at a convergence of interstates, the location is ideally equipped to handle the transport of goods and people.

“Almost all the goods that come in through the Port of LA find their way, travelling through in a truck or rail, through the city of Fontana at some point along the 10 Freeway or the 15 Freeway, the two major corridors that head to points east,” Hunt explained.

“We are the logistics capital of the United States,” Mayor Warren noted. “All roads lead to Fontana and the reason we say that is because we have all the major freeways in the Inland Empire centered right here: the 10, the 15, the 215 and the 210. All of these roads lead to Fontana.”

The city has made substantial investments in its infrastructure, services and amenities, and continues to do so to establish itself as a full-service community that is quite attractive to investment.

There are incentives available to encourage companies interested in relocating. The city offers reduced fees, an aggressive grant program and the Robert W. Weddle Capital Improvements Program. The program was named for Bob Weddle, an engineer for the city who unfortunately lost his battle with cancer.

The Fontana Promenade is intended to serve as a gateway to the city from Interstate 210. The mixed-use, lifestyle-based development aims to be a gathering place for the community. The project encompasses nearly one hundred acres of land along Sierra Avenue and will include retail, commercial and residential buildings with pedestrian walkways and a Tuscan architectural theme.

“We recently built an interchange at Duncan Canyon at the 15 Freeway. We own one hundred acres of land around that interchange, which is adjacent to a new housing project that should be under construction in the next six months or so called the Arboretum –a very walkable, green sort of community,” Hunt said.

Both investments and families are secure here. This is a very safe, family-oriented community that works together to benefit its residents and businesses, and the quality of life is first-rate. The community has invested in excellent parks and recreational facilities. The cost of living and doing business is affordable. It is highly diverse. There is an abundance of programs, athletics, activities, community centers, arts, culture, history and a multitude of festivals and events to be enjoyed.

The city participates actively in a number of social wellbeing initiatives. Healthy Fontana is a community-based, award-winning program that was designed to promote healthy lifestyles. It encourages and provides information about good nutrition and works to foster an active, livable community.

The Healthy Fontana initiative has improved the quality of life and wellbeing of residents and serves all ages. “It also brings publicity to industry that not only are we willing to work with you, we are a healthy community. You’re not going to have to worry about people being off sick all the time,” Mayor Warren noted.

It also works in partnership with the school districts on an after school program that reinforces community safety. “We take 4,400 children off the streets from three to six each day. We’ve done everything we can to make sure that program is successful. Our Healthy Fontana program is a big part of that, because schools have been cut back, and they no longer do physical education,” added the mayor.

“We’re trying our best to help augment where others have been cut, in any way that we can. We still continue to make safety a priority,” Mayor Warren explained. “We are doing everything we can to ensure that Fontana is a shining light in the region.”

City leadership is preparing to update its strategic plan. The update will direct the city’s development and outline a vision for the future. “The big issue has to be to keep the leadership all focused on moving in the right direction,” noted Mayor Warren. “Our update is a big deal. It’s going to define our community for the next twenty years, and we’re trying to do the best that we can to make sure that everyone is included and is knowledgeable about what those plans are going to be.”

There might be a bit of a fight ahead for Mayor Warren, but she is prepared to weather the storm to bring new opportunities to the city. There is the potential for two Walmart stores to be built in the city’s north and south ends, and though there may be resistance, Mayor Warren is looking forward to the sales tax it will generate. Sales taxes can be used to fund a much needed second seniors’ center and other investments that will help to address the needs of the community.

“I want citizens of this community to know that we are flexible. Come up with the wildest idea you can think of, and watch us work with you. Where there is a will, I say Ken Hunt and his staff will make a way,” credited Mayor Warren of Fontana’s development team. “Ask, and let’s see if we can do it. We’re open. We’re open for business, and we’re ready to go.” 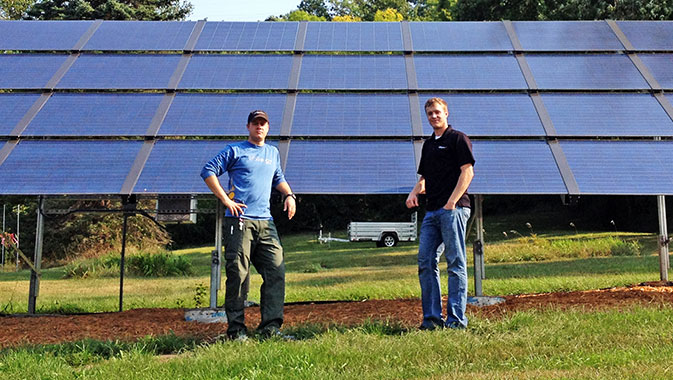 The Future of Green Energy