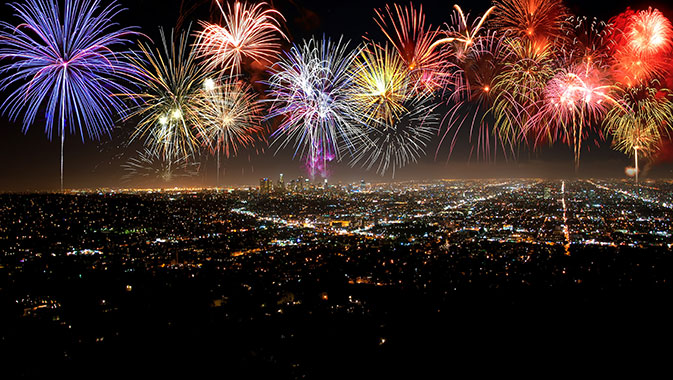 Kaysville is a city in Davis County, Utah that was settled by Mormon pioneers. This city sits between Salt Lake and Ogden, but the country feel and small-town spirit are not hampered by its large neighbors. Rather, it has an optimal location with great outdoor recreational activities, a fantastic park system, access to education and training and a highly skilled workforce.
~
One of the major draws to the area is its Fourth of July parade, which is considered one of the best in the country. We spoke with Mayor Steve A. Hiatt to find out more…

Mayor Hiatt is particularly enthusiastic about Kaysville’s Fourth of July celebrations. Kaysville may have a population of 30,000, but many more than that attend the parade and fireworks celebrations. While many communities hold a Fourth of July fireworks parade, Kaysville is the only place in the state that includes a water segment. “It becomes a gigantic community water fight. We have residents that make their own water floats to enter into the parade. Other folks bring barrels of water down with them with Super Soakers. At the tail end of the parade there is a five-minute break and then it turns into a big, giant water fight on Main Street,” the Mayor says.

Four state TV and news stations almost always come to Kaysville for the Fourth of July to cover the parade because, as the Mayor explains, you don’t get any better pictures or video, than at a gigantic community-wide water fight!

Kaysville is known as “Utah’s hometown in the middle of everything” and prides itself on being an All-American City. It is a community of about 30,000, which sounds big, but somehow it has been able to retain that quaint hometown feel. Very much a bedroom community, this is an area where people come to live and never want to leave.

“We are only twenty miles from Salt Lake City. Sometimes, when you have all those amenities too close, it’s hard to retain that small town feeling, but we do,” says Mayor Hiatt.

In the spring, you can ski in the morning and golf in the afternoon as Kaysville is within a short driving distance of world-class ski resorts and some of the world’s best golfing, camping and fishing locations. It is also close to the business and commerce in Salt Lake City and Ogden.

“We do have some professional opportunities here, but many of our residents commute to these two locations. You move to Kaysville if you want to be in a tight-knit community that still has services that are close and readily available, but has the feeling that most of us would like to have in a community,” says Mayor Hiatt.

People from all walks of life reside here including those who are skilled in trades and professionals. “Professionally, I am a mortgage guy, so I’ve done a lot of loans for those who live in the community. I think that part of that high household median income has to do with the expertise and the education level of most of our residents,” says Mayor Hiatt.

The real estate values are a little more expensive than in the surrounding area, but what you get is worth the higher price. Kaysville is a beautiful, relatively affluent community with the third-highest mean annual income in the state of Utah and incredibly low crime rates. About seven months ago, Kaysville was recognized for having one of the lowest crime rates per capita in the country.

“Faith is a very important part of our community. While statistically, the majority of our population are members of the Church of Jesus Christ Latter Day Saints (Mormons), our population has grown tremendously,” says the Mayor. We also have and welcome other members of other faiths. We have very good relationships with other faiths that live in our community. Simply put, we love and welcome folks from all faiths and backgrounds.”

Mayor Hiatt, a Mormon, was recently invited by a local Baptist Church to an anniversary celebration and celebrated with them during one of their religious services. “Even though we are primarily one religion, we do our best to include everybody. While we may hail from different religious backgrounds, as a city we like to focus on the fact that we are all Kaysvillians first,” he says.

Kaysville’s population is increasing, and there has been significant growth over the past couple of decades. From 1985 to the present, the population has almost tripled in size. The Mayor believes that this is one of the more sought-after places to live. “We are known in northern Utah as the ideal place to live and raise a family.” No marketing of the city is necessary as growth comes naturally.

Mayor Hiatt is quick to give the credit of Kaysville’s success to previous leaders. Great leaders in the past determined what infrastructure Kaysville needed and then took steps to ensure that the city had what was necessary to build out and grow.

“Over the years, others have come in trying to tweak and change some of the density requirements and long term goals. But, we’ve stuck to our guns in knowing what we want to be, and so we planned long term to accommodate for that growth. From an infrastructure standpoint, I would say that we are right on task from the vision, and the forethought that was in place long before I ever got here,” the Mayor says.

Kaysville has some of the most dedicated and talented parks and recreation staff in the state, according to the Mayor, and several of its facilities have received state awards. The city has a soccer complex that has garnered state-wide recognition for its quality, layout, design and upkeep. It also has a world-class softball complex with five softball diamonds. Many national tournaments for thirteen- to seventeen-year-olds are held here.

“We’ve even had Utah State University, which is located north of us, have a severe rain out that drenched their field. They were playing a Texas University and needed to move a triple header to a different location. We were the first folks they called. Our facilities are of such quality that universities are willing to come play on our fields as back up if needed,” Mayor Hiatt says.

There is ready access to great education and training facilities in Kaysville, including a world class technology college and an extension of Utah State University. It is interesting to note that for a community of 30,000, it boasts nine elementary schools and is opening a tenth soon. It also has three junior high schools and one main high school. Davis High School is known as a great school and has been around for over one hundred years. In addition, it hosts an alternative high school, which students from around the country attend.

Also of note is that Kaysville has an excellent applied technology college: The Davis Applied Technology College (DATC). It provides opportunities for those who are looking to perfect or enhance a trade or skill.

The Mayor believes that one of the top things that bring in business is the incredibly talented workforce. There is a great amount of community support for local businesses. “When you are a business that operates here, our residents do a stellar job of ensuring that they are supporting or shopping Kaysville first,” says the Mayor. The city also has very competitive, low energy and utility rates. Kaysville owns its power utility, and fees range from five to fifteen percent less than the state-wide electric utility. 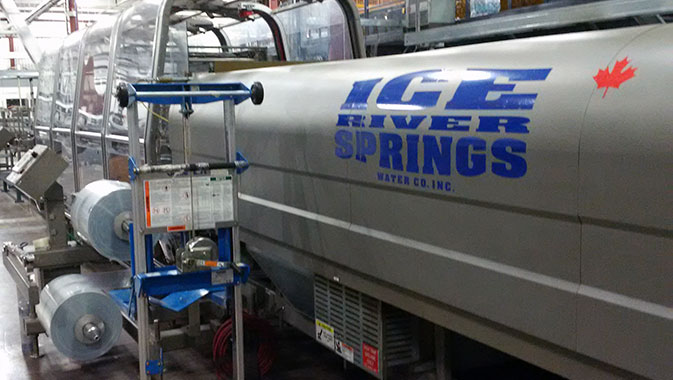