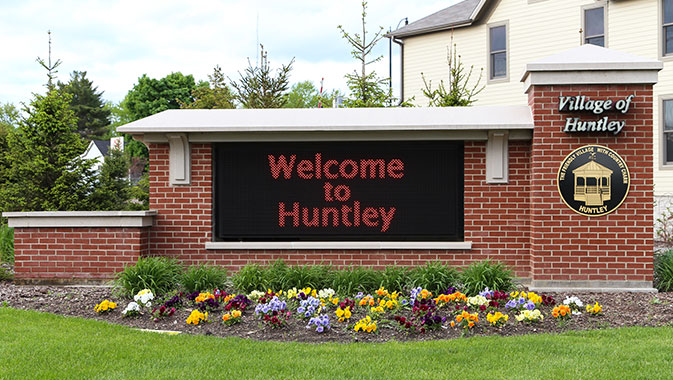 The Village of Huntley in McHenry and Kane Counties, Illinois describes itself as “the friendly village with country charm,” and it has managed to retain that throughout its incredible expansion. Rapid growth caused the quadrupling of the city’s population between 2000 (5,730 residents) and the present (26,000).
~
Huntley’s new hospital is opening this summer, and more retail, commercial and industrial projects are underway. The village is humming along. We sat down with David J. Johnson, the village manager, to discuss the great amount of activity. Despite the surge of growth, David explains that, despite the growth, a hometown feel remains for residents who have grown up here, and the community has always been very open and welcoming to newcomers. The village has a high level of public sector service. There are not many frills, but services are delivered at a reasonable cost to residents.

“We have grown nearly 400 percent in the last fifteen years, because in 2000, our community was the next step in terms of the growth that the entire Chicago metropolitan region has been seeing. We are at the fringe, the far west edge of the housing growth that the Chicago market went through.”

Despite the downturn in the economy in 2008, Huntley maintained its place in the top ten for new housing starts in the Chicago market. A significant portion of that is the result of retirement community builder Del Webb Corporation’s Sun City, which is the first large-scale active adult residential community in the Midwest. The development has more than 5,400 homes that are age-restricted to those fifty-five and older and a population of 10,000 seniors. Family members of those residents have also moved to Huntley.

The village is approximately thirty miles from Chicago O’Hare International Airport and equidistant from the city of Rockford, another large regional metropolitan area. Being between those two cities, with full access to the interstate, is a major asset to the community.

“Prior to 2013, we were only accessible to and from the east with Interstate 90. The belief was that we were losing a lot of potential business as there was only partial access at the interchange at I-90 and Route 47.”

For the better part of a decade, the village worked with the Illinois State Toll Highway Authority, Illinois Department of Transportation and Kane and McHenry counties to build a partnership that was a catalyst in a $60 million interchange improvement of Interstate 90 and Illinois 47 along with the mainline of the tollway. Huntley now has full access, and that is enabling it to grow at a solid pace.

Huntley ranks near the top for issuing building and residential permits in the area. Overall, Huntley continues to place in the top ten for new housing starts, and development even continued during the economic downturn.

The hospital itself is a state-of-the-art, $200 million project. Within the last month, a potential partnership was announced between the village and the Northwestern Memorial HealthCare network of Chicago, and that has been very well received by the community.

Much of the village’s growth has also been advanced by the private sector. In 2015 more than $35 million was put into new commercial and residential construction. Even more impressive over the last two years is about $226 million in private sector investment, and the new hospital is a huge part of that.

Healthcare facilities group Alden Network has proposed a $51 million project for Huntley. “We have been working with them for five years to move this project forward. It’s our understanding that they are going to close on the property in August and begin construction this year.” It will be an affordable senior housing project with 110-bed nursing and rehabilitation facility, an attached 60-bed memory care building and a 79-unit independent living complex. This is another significant financial investment in the village.

Weber-Stephen is a well-known charcoal and gas grill manufacturer that opened its more than 757,000-square-foot global distribution centre in Huntley. At some point, every Weber grill ends up here. “Between Weber and the hospital, as well as a couple of the other projects we have going, this is an active place to be.”

Huntley can move projects through the approval process quite quickly. It starts with the philosophy of elected officials who expect staff to communicate clearly to investors and applicants that Huntley’s standards are high.

“You come in, meet our standards, and they will expedite the review process. A lot of the large projects we are talking about got through the approval process in less than ninety days. In our area, that is virtually unheard of!” It’s a recognition that time is money. The no-nonsense approach targets and highlights what is needed to make the project go, and it is done in a respectful manner.

This attention to detail and ensuring a speedy process has resonated with the development community. Bureaucracy can stall a process, and Huntley has been able to circumvent that as a model for other communities. It starts at the top with the elected officials and what they want to see in the community.

“Going back to the Weber project for example, that was constructed on land that was outside the village limits, had no utilities at the property that serviced it, and we were able to work through a development agreement and annex the property. Then we started construction all within about four to five months from when initial discussions began with Weber.”

Aside from new developments, some considerable financial resources have been put to work in the downtown area. Five million dollars was used for infrastructure and streetscape improvements, with additional private investment to several of the core buildings downtown.

“Residents really started to appreciate the fact that we were trying to turn the downtown area into a gathering place for the community. That’s the challenge. As the community grows, how do you keep the identity that has historically been here and balance that with the needs and desires of those who are new to the area? I think we are well on our way to accomplishing that goal.”

Many villages and communities have difficulty expanding due to a lack of available space, but Huntley has thousands of acres available for development. One of the most significant reasons that the village has been able to attract development over the last five to seven years is that there has been a strong emphasis on building the needed water and sewer infrastructure. The systems were built based on stringent requirements that the capacity exceeds that needed by individual projects.

There are over 2,000 acres south of the Interstate that are within the village’s planning jurisdiction and pretty close to being development ready.

“We have a lot going on and a lot of acreage still on the north side of the tollway. Our next frontier would be on the south side of Interstate 90, and over the course of the next two decades, we will see some considerable development.”

This planning can be attributed to elected officials and David’s mentor and late village manager, Carl Tomaso. He was at the forefront of ensuring that the infrastructure was in place to service the community long term and had to fight to convince the development community that millions more needed to be spent than was planned for. The village has been reaping the rewards of his efforts ever since. 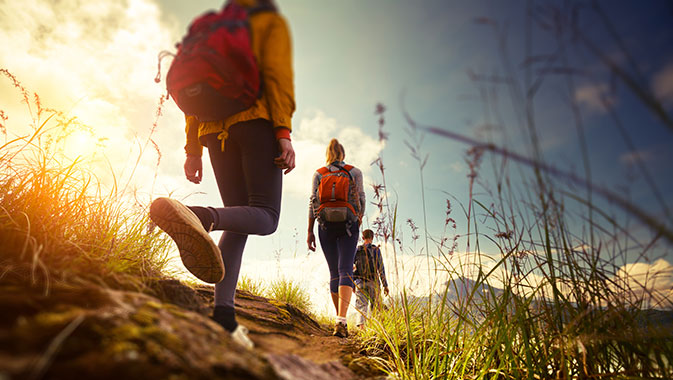