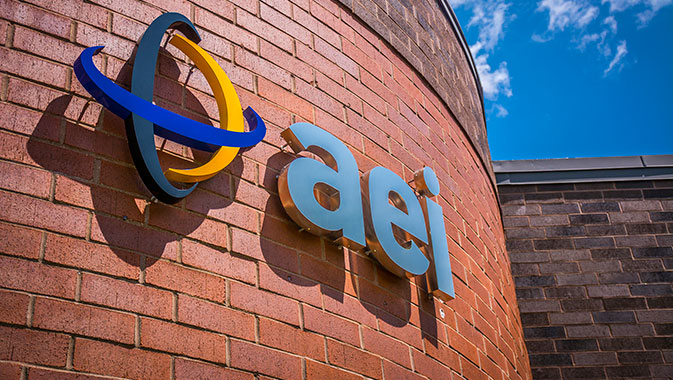 Cameras have become an integral component of the modern age. From cell phones and security systems to next generation cars, the explosive expansion of camera technology is expected to fuel a net increase of over 2 billion camera modules, growing the capital equipment market from $150 million in 2015 to more than $500 million per year by 2020.
~
Automation Engineering Inc. (AEi) is a global leader in this lucrative and rapidly growing high tech market . The Massachusetts based company is a premier supplier of capital equipment used by manufacturers worldwide to assemble and test camera modules and optical subsystems used in the automotive, consumer, mobile, security, and medical markets. From cameras for automated emergency braking (AEB) systems to gesture recognition technologies and drones, AEi is delivering leading edge solutions for a wide variety of Fortune 100 customers. “Our biggest market push right now is from the automotive market, as we are enabling the use of cameras for all aspects of safety systems in automobiles today and autonomous vehicles for tomorrow,” says CEO Doug Elder.

AEi’s market-leading solutions have propelled the privately owned company to success, leading to substantial recent growth. The number of AEi employees has tripled over the last three years and the size of the company headquarters has doubled since 2014 . While all AEi equipment continues to be designed and assembled in Wilmington, Massachusetts, the company has opened global offices in China, Germany, and Hong Kong and more than 90 percent of AEi product is now shipped outside of the United States.

Since the company was launched in 1990, AEI has been developing precision controlled multiaxis alignment systems for many different industries. In 2006, the team introduced the world’s first six-axis camera alignment system. Five generations later, the Camera Module Align Assembly & Test system, or CMAT , is a crucial aspect of the automotive safety and ADAS manufacturing chain. “It is the most important assembly element to accurately align lens assemblies to high density camera sensors with either fixed or variable focus capability, thereby optimizing the quality of focus, lowering costs and improving overall product yields,” explains George Rose, Director of Product Strategy.

The CMAT Modular Assembly system positions the lens assembly in six degrees of freedom, creating an even focus across the focal plane . The system communicates in real time with the camera image sensor, adapting to variations in lens quality and aligning the module to the ‘best focus’ while adhering to stringent automotive performance standards such as those defined by Mobileye.

Since introducing the modular CMAT platform in January 2014, more than 100 million cameras have been built and tested on it, and over 100 CMAT systems have been shipped worldwide. Currently, eight of the Top Ten, Tier One automotive camera module manufactures use AEI’s CMAT equipment.

Now in its fifth generation, the flexible CMAT platform includes exciting new features that meet the needs of a variety of markets. Alignment algorithms have been optimized for computational cameras and laser alignment and there are comprehensive test suites for automotive standards, wide field of view optical targeting, high-speed image processing, and fast tool changeover features for high-mix manufacturing .

“This depth of feature capability goes well beyond what the competing systems can offer,” says Mr. Rose. “AEi’s superior technology and experience are proven in the field by high yields and production volumes. AEi’s portfolio of patented and patent-pending technologies positions it as the leader in active alignment of optical assembly equipment. This technology leadership position enables both optimal image quality and economic performance for the leading digital camera companies worldwide.”

The company’s advanced solutions are poised to make a huge impact. “We are helping automotive companies save lives ,” Mr. Elder remarks. “Our cameras are used by Tier One automotive manufacturers to deliver integrated safety solutions to all of the top car manufacturers in the world.” Crucial safety features such as automatic emergency braking, automated lane departure control, backup camera functionality, and surround view camera capability all depend on AEi technology. “AEi is also a key enabler for consumer products such as drones, virtual reality, wearables and laser biometrics for iris and retinal detection,” Mr. Rose adds.

Delivering market-leading solutions around the globe is not easy. As Mr Rose points out, “The rapid adoption of camera technology in the automotive market with a projected CAGR of 23 percent through 2022 means keeping up with the demand is challenging.” Mr. Elder adds, “Both the market and technology are growing at a very fast rate. Designing capital equipment that keeps up with that growth requires a lot of engineering and development cost, so we have to be selective about the opportunities that we address right now. We are in the process of obtaining investment capital to help us continue to grow the business and pursue even more of the opportunities that are currently available to us.”

AEi will continue to work closely with its suppliers and contract manufactures to keep up with the industry’s rapid growth. “AEi suppliers have been instrumental in helping us keep pace with the market growth over the last few years,” Mr. Rose points out. “As the market expands, we expect AEi will continue to rely on our partners and in turn bring increased business and prosperity.”

To keep the company moving forward, over the last several years AEi has assembled a new global management team with extensive background in the semiconductor capital equipment markets and more than 200 years of collective capital equipment development experience. “The combined experience of the management team has helped to propel the growth of AEi,” Mr. Rose points out. “We have been able to focus, and leverage AEi’s 25 years of engineering expertise to release the best possible products globally and expand rapidly.”

Since introducing the modular CMAT system in 2014, AEi revenues have grown over 300 percent and the team expects the trend to continue, projecting 40+ percent growth this year. To maintain this remarkable pace, the company plans to continue expanding its capabilities in a number of key areas including LED Headlights, Image Sensor Test, LIDAR systems and Internet of Things (IoT) connected vehicles. “Safety systems in vehicles are going to get more and more visibility,” Mr. Elder predicts. “Autonomous vehicles are going to become another technological leadership opportunity for AEi.”

There is a large amount of momentum and investment going into vehicle safety and autonomy. For example, GM just recently acquired Cruise Automation out of California for one billion dollars. This company developed an aftermarket, camera based autonomous vehicle system. “That is just one major investment,” says Mr. Elder. “The same is true for drone technology , gesture recognition and other emerging developments such as retinal scanning or the ability to add security features to your phone. These are all camera-driven technologies and big companies are making large investments to make these products reality.”

AEi is ahead of the curve, investing in engineering products that will facilitate growth in these emerging markets and define the next level of performance. “Our customers are industry leaders in multiple market segments; we need to stay on the technological leading edge with them in terms of optical, precision mechanical and electronic capabilities,” Mr. Elder summarizes. With so many emerging markets dependent on next generation camera technology, it is certainly a worthy goal – and one that AEi has already proven that it can achieve. 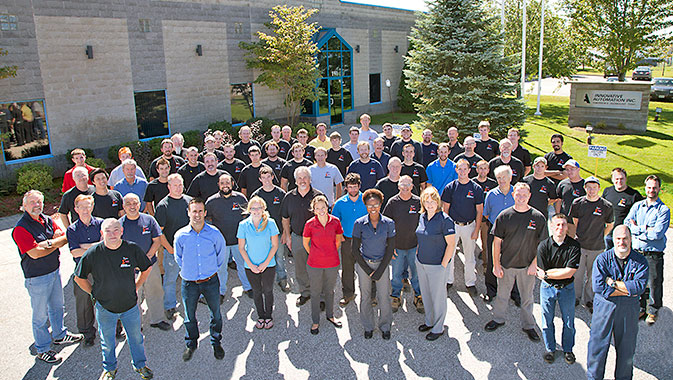