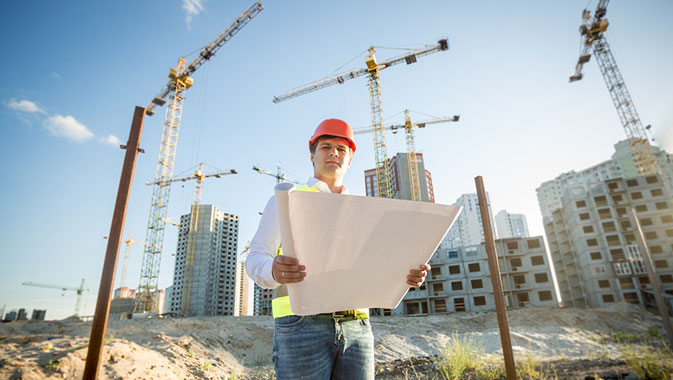 HAKS is celebrating a quarter century in business and has come a very long way since it was founded by Indian immigrant Husam Ahmad. Ahmad arrived in Queens, New York with a background in civil engineering and a dream of creating his own company…
~
HAKS was founded as a partnership in 1991 with just two employees and incorporated in 1994. It has grown into an operation with 650 full-time employees and sixteen offices worldwide. And, despite years of expansion, one thing has remained consistent: the goal of providing the best construction management and inspection-related services possible.

“Husam is not someone who can sit still,” says HAKS President Michael Shamma. “He’s got a lot of good ideas, and when he was a client, and he worked for government, he understood the needs of the client, and said ‘I can provide that service.’ A lot of our success is due to his energy and his ability to recruit talent. At the end of the day, really, the company that you do have is only as good as the people that you have within it, the expertise they bring, the level of energy that they have and the client care they provide.”

From its headquarters on New York’s famous Wall Street, HAKS is today one of the leading mid-sized consultant companies in the city’s metropolitan area. Among the company’s full-service construction management services are everything from engineering and land surveying to architectural and material testing and special inspections.

“Since we are in construction management, we have inspectors, engineers, surveyors, inspectors, architects, environmental scientists, people who work in labs and do material testing for us and many others,” says Shamma, who has served as company president for the past fourteen months and is a licensed professional engineer in the State of New York.

The company headquarters is in The Trump Building at 40 Wall Street, and it has locations in Albany (New York), Baltimore (Maryland), Fairfax (Virginia), Palm Harbor and Miami (Florida), Houston (Texas) and Bangalore in India.

The company goes wherever it is needed. The Albany office, for example, was established to meet the needs of a bridge inspection project for the New York State Thruway Authority. In this way, HAKS is close to the client and workers and can serve them to the utmost.

The biennial bridge project will see HAKS providing six teams to conduct bridge inspections for the Albany and New York divisions of the New York State Thruway Authority. These will involve general, special, in-depth and even underwater inspections of approximately 170 bridges and bridge parts including spans, overhead sign structures, high mass towers and communications towers. In addition to inspections of the Tappan Zee Bridge, Castleton-on-Hudson Bridge, Kaaterskill Creek Bridge, Catskill Creek Bridge and Normanskill Creek Bridge, HAKS has been given the task of providing traffic control for the south area of the heavily trafficked Tappan Zee Bridge.

Although the company started by providing primarily construction inspection and some design services, it has grown considerably to meet ever-changing construction requirements of its clients. Late last year, one person was brought in to provide environmental services; in just months, the division has expanded to five people and continues to grow steadily, providing fully-integrated environmental consulting and engineering services to public and private sector customers.

The company has grown to meet client needs and also grown out of necessity, particularly inspections in the wake of disasters such as Superstorm Sandy. To prevent flood damage in the future, some customers have had their dwellings elevated. The work then had to be inspected. Along with special inspections on four different hospitals, the company is performing inspection work for New York City’s transit department, which is currently in the process of erecting a seawall to protect one of its yards.

In August of 2009, HAKS yet again responded to demand when it created its special inspections and material testing division. The company is accredited to take on special inspections in every category of building construction. Its services include design and quality control for both public and private-sector clients and a full line of material inspection and certification. HAKS also maintains two licensed material testing laboratories. With inspection of vertical buildings needed in New York, the creation of the division was timely.

“You have to inspect the materials, the installation, the fabrication, the erection, placement of components, any connections – like when you are connecting a beam to a column – welding, things like that,” says Shamma. “All those things require special expertise to ensure compliance with approved construction documents and reference standards. Obviously, the client cannot occupy the space until all these things are certified and have a quality that is needed, and we have to certify that things are safe before they can go into the building, and so it is a very important service.” The division was begun with half a dozen employees and now has almost two hundred.

HAKS has received considerable recognition over the years, such as the 2015 Concrete Industry Board Roger H. Corbetta Award for Build it Back, which acknowledged HAKS for its role in helping rebuild following the damage caused by Superstorm Sandy. Among the many other awards are the Design-Build Project of the Year for its work on the Hamilton Avenue Asphalt Plant, the 2015 ACEC New York Gold Award for Claremont Parkway Bridge over Metro-North RR and the 2015 ACEC New York Silver Award for New Jersey State Police Troop D-Bloomfield Station.

It recognizes its responsibility as an employer and remains true to the roots of its immigrant founder Husam Ahmad. The company has a highly-diverse workforce with employees from around the globe. HAKS realizes it is not only employees who are affected by the company but their families. “We have 650 families who depend on HAKS to pay the mortgage and their bills, and we take this very seriously.”

Last year, HAKS was honored when it made the Zweig Group list of best firms to work for in the multidiscipline category. The award acknowledges employers in the architecture, engineering, planning and environmental industry for creating a superior work environment setting them apart from their peers and is based on a number of criteria. At least twenty-five percent of employees are required to submit anonymous responses to an online survey. Considering that the company has also received 2015 Employer of the Year by Women’s Transportation Seminar (WTS) Connecticut and made the list of ENR’s Top 100 Pure Designers on its Top 500 Design Firms, the recognition was well-deserved.

HAKS celebrated its twenty-fifth anniversary this May in its New York headquarters. Acknowledging a number of projects which were instrumental in its growth and success, the company thanked its partners, clients and its valued employees. As a great believer in giving back to the community, the company also provided a total of $25,000 in university scholarships to deserving students from local engineering schools.

Its aggressive growth strategy will double its size in the next five years as it maintains growth of fifteen percent per year. “You can create a group that provides a service that you haven’t provided, and you can grow within a service that you already provide,” comments Shamma. “For example, we provide construction management, and we will continue to grow within that by working for more clients, and we can go into new geographic areas.”

The firm takes on everything from relatively small projects of $50,000 all the way up to almost half a billion dollars and will partner with other companies for very large and challenging projects.

“We work with all of our clients to make sure we’re part of the consultant teams that provide that service to them,” says Shamma. And, in the words of chairman and CEO Husam Ahmad, “We are committed to continuing to earn the trust and respect of our clients and partnering firms and to empowering our employees to grow and flourish. We look forward to the next twenty-five years with great enthusiasm. Although we do not know exactly what the future holds, we are certain that the best is yet to come.” 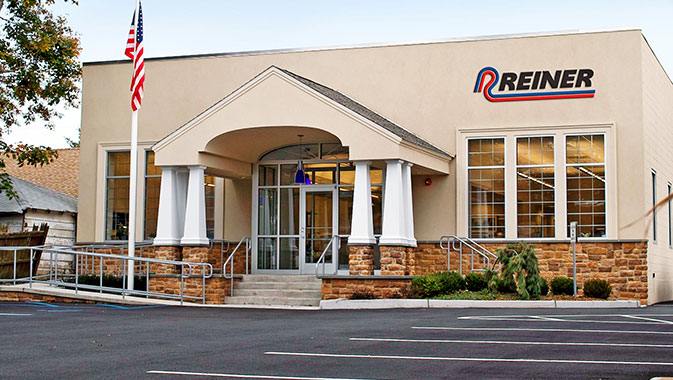 Over Eighty Years of Comfort