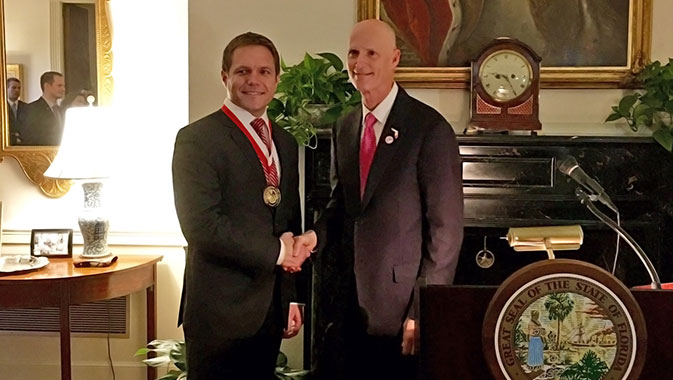 BCR Environmental is transforming the way we manage biosolids and organic wastes. “Our goal is to disrupt the mass market by providing sustainable solutions – defined by economical and environmental sustainability – to the small to medium-sized underserved market,” says President and CEO Aaron F. Zahn.
~
With this goal in mind, the Jacksonville, Florida-based company developed groundbreaking new technology to make this goal a reality, shaking up the market in a big way.

A better solution
Mr. Zahn estimates that between 75 and 80 percent of America’s biosolid organic waste “is managed through traditional disposal outlets.” This means that the vast majority of human waste, food waste, yard waste, and animal waste is tossed into landfills and left to rot. “Very little of this waste stream – which in its inherent state is just nitrogen, phosphorus, water, and organic matter, things that we all need for life – is recycled. We mine phosphorus and other things out of the ground. We use them for agricultural or commercial purposes, we consume them in some form, we generate waste, and we throw it away. The whole world operates by way of this linear economy.”

BCR wants to turn that linear model into a circular one. “We are the first and only company in the world to get not one, but two methods of treating this waste approved by the Environmental Protection Agency EPA nationwide,” Mr. Zahn reports. “The last technology was actually invented in 1915.” You read that correctly – until the EPA approved BCR’s new technology in 2010, the industry was dependent on the same outdated aerobic digestion technology that had been in use for a century. Mr. Zahn points out that while other industries progressed by leaps and bounds during the twentieth century, giving us everything from space travel to computers, wastewater management barely advanced at all.

BCR’s groundbreaking technology suddenly brought the industry up to speed, creating a cost- effective, energy-efficient solution aligning with twenty first-century advancements. The innovative solution is already being used by a variety of clients. “We take this technological advantage that we got regulatory approval for and we insert it into our client sites that are generating these organic waste streams, whether they are utilities or blue chip manufacturing companies,” Mr. Zahn explains. “And we divert all that nitrogen, phosphorus, potassium, organic matter, and water to produce marketable products.” This includes erosion control products, high efficiency commercial fertilizers, soil amendments, and turf amendments.

Other companies offer waste-to-product solutions, but with BCR’s new technology, Mr. Zahn says, “We can do this about 50 percent more cost effectively than any other method that has been approved by the EPA.” As a result, BCR’s technology has the potential to make a serious impact on an industry that has seen little change for decades. By creating a circular economy, “we reduce costs, we reduce risks for the entire system. And we help the environment because we reduce mining, we reduce synthetic fertilizer consumption, we reduce water consumption, and we actually reduce CO2 emissions. The facilities where we’ve installed our technology reduce energy consumption by an average of about 90 percent energy.”

Before BCR developed the new technology, waste-to-product solutions were only economically viable on a very large scale. Some of these large-scale operations have been quite successful, with a history stretching back to the early 1900s. The flagship operation is Milwaukee’s massive sewage treatment program, which has been producing a trademarked biosolids fertilizer known as Milorganite since 1926. But this success requires an enormous amount of capital. In the 1990s the Milwaukee facility was updated at a cost of a couple hundred million dollars, a price tag that is out of reach for most waste treatment operations. “Only large cities, which represent only five percent of the facilities in the United States, have the ability to write 100 million-plus checks,” Mr. Zahn points out.

This is where BCR’s technology really comes into play. “The concept of waste to energy or waste to product is not a new concept. What differentiates us is that our technology enables us to scale. So we can install systems into a 5,000-person bedroom community and do the same thing [that major municipalities can do].” The company aims to disrupt the market by providing services to “the 95 percent of the market that has been underserved for the last two to three decades,” at a price that is economically viable.

How they did it
Creating groundbreaking technology is no simple task. BCR pulled together some of America’s top experts in the field to make it happen, partnering with Cornell University, University of Manitoba, University of Texas A&M, the Florida Department of Environmental Protection, and the EPA. “We obtained licenses through those partnerships and conducted our own research and development to create intellectual property and build our first full-scale facilities under the guidance and purview of the EPA and the Florida Department of Environmental Protection,” says Mr. Zahn. “That was the first step. In the second step, we actually worked with the EPA to write the Federal guidelines for approving new technologies, because those guidelines didn’t exist. And then we followed those guidelines and got national EPA approval.”

To ensure success, the team is careful to deliver the service that clients expect along with the technology. “We operate like a utility. What I mean by that is that if you go to a light switch and turn it on, you don’t ever [question] whether or not that light will come on. We look to provide project delivery and services for our clients that are [reliable like] a utility. If they need us, we [want to be] there before they ever thought about it.”

The company takes Standard Operating Procedures seriously, and works hard to meet a variety of ISO requirements. “We are very systematic,” Mr. Zahn explains. “We are standardized so that you don’t have this high cost of doing business. The core principles of our company are simplicity, scalability, economic viability, and environmental responsibility.” Whatever the operation, “we try to do those four things. Those four principles echo throughout our technology and through the service that we provide.”

Perhaps most importantly, the entire team feels driven to make a difference. “One of the things that is unique about our culture is that you have a sense of purpose,” says Mr. Zahn. “The water, wastewater, and waste spaces have been dominated by this do-it-the-same-way mentality for decades, so innovation was slow. Our culture is filled with a number of people who say, ‘that sounds like a great opportunity to disrupt or create a paradigm shift.’ We look at things differently every day.”

This drive to innovate and disrupt is pushing the company into new markets. “We are probably the largest biosolids and organics business in the southeastern United States currently. Moving forward, we are looking at geographic market expansion.”

The company just expanded into Canada through a new license agreement – and that is only the beginning. “There is a 450 million-ton market in the United States,” Mr. Zahn points out. “Perhaps we can be recycling between 25 million and 50 million tons of that material within a five to ten-year timeframe.” 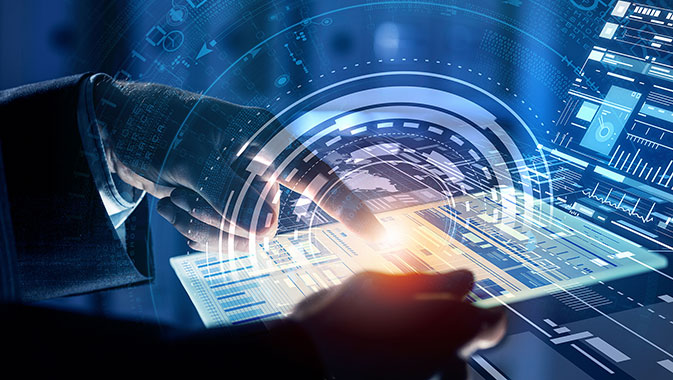 Defending your Business in the Digital Age