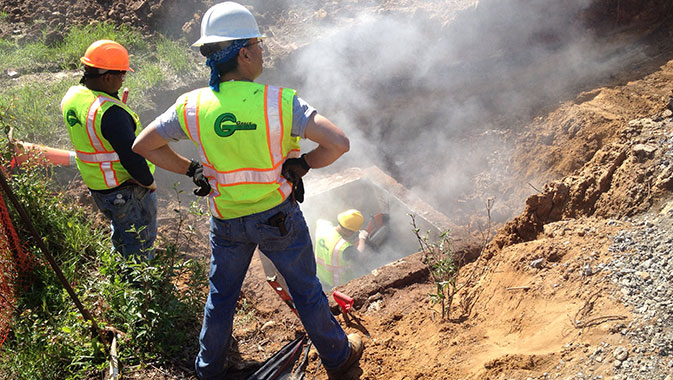 Based in Plainview, Long Island in the state of New York, the Haugland Group LLC is the parent company of a clutch of busy firms in the infrastructure services sector. Despite dips in the economy and pinched government budgets, the Haugland Group LLC has managed to survive and thrive over the past few years. Diversified services and an adventurous corporate culture are key to its success.
~
The group was founded a little over fifteen years ago by William Haugland, a veteran of the construction industry. While still run as a family business, the Haugland Group LLC boasts two flagship firms: a heavy/civil construction company called Grace Industries LLC and a utility-scale energy services company called the Haugland Energy Group LLC. These two companies offer a can-do spirit and a diverse range of complementary services, from installing power lines to building power stations. There is also a Haugland Family Foundation that does charitable work.

Billy Haugland Jr., son of the company founder, says the Haugland Group LLC’s projected 2016 revenues are “in excess of $100 million.” The bulk of this sum is expected to come from Grace Industries and Haugland Energy.

Grace Industries LLC, builds roadways, bridges, boardwalks and airports in the Northeastern United States and has a storied past. It had previously been “a large civil construction company in New York City back in the 1950s … that company filed for Chapter 11 … the Haugland Group bought it in 2006 around Christmas time [and] kept the Grace name in it, ‘Grace Industries LLC’, because that happened to be my sister’s name,” explains Haugland Jr.

The elder Haugland is still involved with operations, as Haugland Group chairperson and owner. “He lives down in Florida, and comes up here every few weeks and checks in on everything. We also talk to him constantly,” reports Haugland Jr.

Haugland Jr. started working for his father in 2005, initially taking a job as an entry-level project engineer with Hawkeye Construction. He eventually moved over to Grace Industries LLC. Haugland Jr.’s brother, Joseph, also works for the Haugland Group LLC as a project executive.

Founded in 2012, the Haugland Energy Group LLC designs and constructs overhead and underground electrical transmission systems as well as substations and power plants. The Haugland Energy Group built and operates a 54 MW power generation facility in eastern Long Island and has a telecommunication division that installs fiber optic cable. The firm has completed projects in Maine and other Northeastern states for clients such as Con Edison, Entergy, PSE&G/LIPA, Iberdrola, and General Electric.

“With the energy company and the civil company, we’re able to utilize a unique complement of synergies,” states Haugland Jr. How the two reacted to Hurricane Sandy, which ravaged the U.S. East Coast in 2012, offers a good example of this synergy in action. Immediately following the storm, Grace Industries and Haugland Energy both leapt into action.

“The energy company helped turn on the lights, but before they could do that, the civil company had to go in and take all the trees and debris out of the way to clear the roadways so the bucket trucks could get in,” explains Haugland Jr.

Hurricane Sandy was not the first time the Haugland family has been involved in post-disaster work. Following Hurricane Katrina in the summer of 2005, bucket trucks and power line crews from Hawkeye Construction journeyed to New Orleans to help bring the city’s electrical system back to life.

A post-disaster project by Grace Industries of which Haugland Jr. is particularly proud is the Long Beach Boardwalk. Long Beach is a community on Long Island, New York. Grace was responsible for reconstructing the community’s iconic, 2.2-mile-long boardwalk, which had been wiped out during Hurricane Sandy. Haugland Jr. describes the project as a “fast-paced job” with a budget of “$44 million over six months.”

Prior to taking on the contract, Grace Industries had never built a boardwalk. In spite of this inexperience, the team jumped at the chance to put in a bid – further evidence of the firm’s bold attitude, according to Haugland Jr.

A significant project of Grace Industries was the RT 110 Interchange in Long Island, for the New York State Department of Transportation. “This $55.7 million reconstruction and widening project encompassed signal, drainage, safety, and capacity improvements to the Northern State Parkway Bridge over route 110 in Melville, NY,” describes the company. The project is phase two in a series of three projects which, upon completion, will widen Route 110 through a critical, heavily travelled corridor between the Long Island Expressway and the Northern State Parkway. “In an effort to reduce project cost for our clients, we evaluated the possibility of condensing this three-phase project into two phases in order to reduce the overall contract duration, resulting in monetary savings.”

It also performed the $18.2 million resurfacing of Route 684 in Westchester, New York for the New York State Department of Transportation. Grace was given the task of “cracking and seating the existing concrete pavement while providing a seven-inch asphalt overlay on a five-mile stretch of roadway,” explains the Grace Industries website. The company also installed drainage systems and did bridge repairs.

The rehabilitation of Starlight Park in the Bronx was another project with the New York State Department of Transportation/ Parks Dept. Grace was hired to install a pedestrian bridge, pavement, sidewalks, curbs, drainage systems, lighting, fencing, retaining walls, precast bleachers, artificial turf for a soccer and baseball field, a basketball court, playground, picnic area, and more in a Bronx park. This job took two years to complete and was budgeted at $17 million.

Grace Industries just finished a complex taxi way reconstruction at LGA this past year. The project involved installation of a new drainage system, new taxiway guidance signs and lighting for aircraft in accordance with the new FAA specification. The project also had a substantial asphalt resurfacing component to it which, with a great show of partnering with the PANYNJ, was completed over four weekends.

Most of Grace Industries’ work is government-related. “We don’t do a tremendous amount of private work with the civil company yet,” explains Haugland Jr.

The company also performed an overhead transmission construction rebuild. This project, also for Central Maine Power, was worth $22 million with a 22-month timeline. This job involved the phased demolition then rebuilding of four separate 34.5 kV overhead electric transmission circuits. While most of the existing construction consisted of directly embedded wood poles, one section required the demolition of 60- to 90-foot steel lattice towers built in the 1920s with the use of helicopters when in environmentally sensitive areas to perform the work.

Currently HE is in the process of replacing over 150 electrical circuits that were damaged as a result of hurricane Sandy on Long Island. This work is part of a continuing effort to harden the electrical grid post Sandy. The work stretches from Rockaway beach to Montauk and is anticipated to be completed in 2018. This project highlights the firm’s ability to ramp up necessary resources in a short timetable to meet requirements set forth by the utility company.

“We’ve got some good traction now with the energy company … we’re starting to look at larger-scale transmission projects, whether underground or overhead,” says Haugland Jr.

As for the future, he said that Haugland Energy LLC will be looking closely at the renewable energy sector for opportunities in the solar, wind, and battery fuel cell fields. “Another division within the energy company where we see tremendous things happening is the telecom industry … working with wireless and fiber feed technology.”

Grace Industries LLC, meanwhile, is eyeing opportunities the might arise from the redevelopment of LaGuardia Airport in New York City. “We’re actively trying to pursue bid packages as a subcontractor,” says Haugland Jr.

While the Haugland Group LLC is open to expansion, it rejects growth for growth’s sake. This means taking a cautious approach to buying new firms to add to the parent company’s already impressive array of services. “If the right acquisition came in front of us, we would certainly entertain it. But we’ve had pretty good success at this point just building organically,” states Haugland Jr.

While the future looks bright, Haugland Jr. is careful not to boast about the Haugland Group LLC’s achievements and is level-headed about the firm his father founded.

“It’s a humble company,” he laughs. 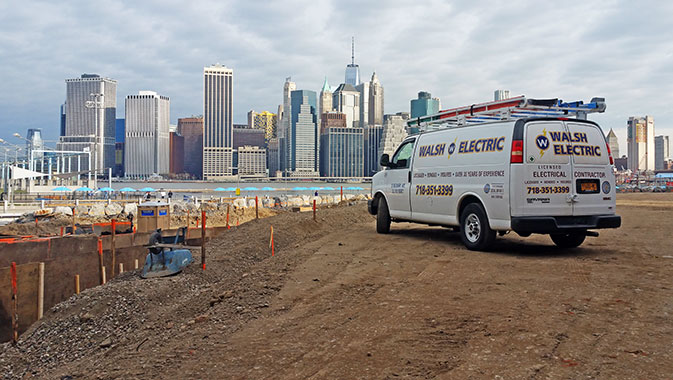