The City of Vacaville, California 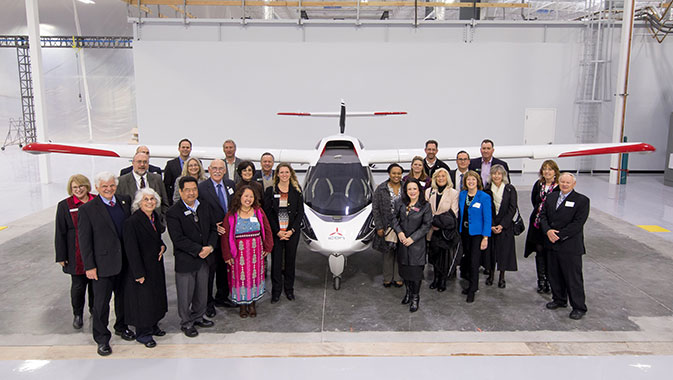 The City of Vacaville lies almost midway between the state capital city of Sacramento and San Francisco along Interstate 80 in northern California’s lush Solano County. Vacaville has a rich and storied history going back over 160 years to 1851. In that year, Juan Manuel Vaca – who had arrived in California a decade earlier – sold his share of a Mexican land grant to William McDaniel, with a condition: that one square mile of the township would be designated ‘Vacaville.’
~
Vacaville was incorporated as a city in 1892 and soon emerged as a prime growing region. With summer temperatures averaging 94 degrees Fahrenheit and mild winters, the area was perfect for large-scale agricultural production.

A roadside fruit and nut stand called the Nut Tree was established on I-80 in 192 and was initially known for fruits such as peaches. In time, the Nut Tree grew into an entire complex, complete with a miniature railroad, forty-two retail stores, restaurant and even an airport. Today, the 4,700-foot runway can accommodate planes from small aircraft to corporate jets, and the facility offers aircraft rentals and sales, flying lessons, pilot training, aircraft and helicopter maintenance and repair, fuel and other services.

Beautiful weather, the Nut Tree Airport, ideal flying conditions, striking scenery, a skilled and available workforce and proximity to San Francisco and Sacramento without big city costs are just some of the reasons businesses are coming to Vacaville. ICON Aircraft (http://iconaircraft.com/) is one.

In February of 2011, a site selector was evaluating various locations for the new company’s plant, and Vacaville submitted a proposal to ICON. Its founder, Chief Executive Officer Kirk Hawkins, is a graduate of Stanford Business School and a U.S. Air Force pilot who flew F-16s and 767s for American Airlines. The company was searching for a location where it could not only manufacture planes but sell them and train clients how to fly their planes all in one spot. Vacaville is perfectly suited to ICON and the A5, a futuristic plane crafted from cutting-edge materials as an agreement with the Nut Tree Airport will see ICON train customers here.

“This is a whole new flying experience that makes flying much more accessible to the common man,” says Laura Kuhn, Vacaville’s city manager. “ICON says it is democratizing the air industry.”

Since the price of an A5 starts at about $200,000, it is considerably less expensive than other consumer planes on the market. The first planes are set to roll out this May, and the company has already presold the rights to about 2,000 aircraft. ICON has a staff of about two hundred, which is expected to grow to five hundred as it steps up production of the A5. The recreational plane is can take-off or land on water, pavement, grass, a dirt strip or even a secluded beach. Providing a high-end recreational flying experience, the A5 works on aviation fuel or regular gasoline, and since the wings fold, it can easily be transported on a trailer and stored in a garage.

Vacaville’s collaboration with the team at ICON stands as a testament to the city’s commitment to attracting a wide range of businesses to the scenic California city. “The reason we got ICON’s attention is because we showed a very genuine interest in the product and what they were as a company,” says Kuhn. Demonstrating a keen willingness to work with the aviation company, Vacaville brought in elected local officials along with state and federal officials to work with ICON on initiatives such as a planned water landing airport. The city has also worked with the State of California, Senator Dianne Feinstein’s office, the Federal Aviation Administration (FAA) and The Occupational Safety and Health Administration (OSHA) to get special regulations for paint booths for the A5.

“Everybody is so accessible here,” comments Kuhn, who has held her position as Vacaville’s city manager for eight years. “I know all of our federal regulators on a first-name basis. I know our state legislators of a first-name basis.” This knowledge and connections to local, state and federal officials – along with many late-night and weekend meetings – was key in securing ICON Aircraft as a local enterprise.

From ideal growing conditions and easy access to major cities to a skilled workforce, strategic location, excellent local government and access to the University of California, Davis and the University of California, Berkeley, the City of Vacaville is an ideal place to establish or relocate a business, and it has been for almost 125 years. Although the city has an agricultural legacy – the present-day gymnastics and ice skating facility was years ago home to an onion processing plant – it welcomes its new diversity.

“Although our economic history is solidly rooted in agriculture, and it is still a solid part of our economy, we — like many cities around the country — have developed new economies, and we have a growing biotechnology and life science cluster here in Vacaville,” says Mark Mazzaferro, who has been the public information officer at Vacaville for almost a decade. “We boast about seven life science companies and host one of the largest in the world, which is Genentech.”

A wholly-owned subsidiary of global healthcare company Roche, Genentech Inc. is a highly respected, research-driven biotechnology corporation employing a range of world-class scientists. Genentech has a number of manufacturing facilities – including the one in Vacaville – and headquarters in south San Francisco. Other pharmaceutical and medical companies have headquarters or facilities in Vacaville, including ALZA Corporation and American multinational pharmaceutical and consumer packaged goods manufacturer Johnson & Johnson.

For many years, California has been a destination for biotechnology laboratories, owing to the presence of well-established companies and the state’s many fine colleges and universities that provide a steady flow of new graduates. This has resulted in many life sciences companies settling in the area. “The industry is really strong in south San Francisco, but as the prices in the Bay Area continue to rise, it’s not only drawing the residents and workers out of the Bay Area, but it’s also making the companies look at cheaper locations to do business,” states Mazzaferro. “We have a great quality of life, and it’s very inexpensive to live here and do business, in relation to living and working in the Bay Area.”

In addition to promoting Vacaville through trade shows and targeting specific companies, the city works with business and educational institutions. One of these – Solano Community College – will see the launch of a new four-year biotechnology program in the 2017 to 2018 academic year, around the same time as the opening of a new biotech center at the Vacaville campus. Vacaville’s economic development group talks to businesses to find out what is needed and assists with finding workers in the community.

“If the area doesn’t have a qualified workforce, that is a reason for business to overlook your community or leave your community,” says Mazzaferro, “and if they are already here, we have to look to create that workforce for them.” By working with the investment board and local universities and community colleges, the city helps create degree or certification programs to certify workers in necessary areas and create a strong, viable workforce for companies. This can range from maintenance workers to production and lab staff. “Our life science industry has continued to grow here in Vacaville, and we have worked with Solano College to create this program, so we can create a pipeline of workers to our industry.”

Not one to rest on its laurels, Vacaville continues to attract new businesses while making improvements to the city and area. The city is home to three business parks – the largest anchored by Genentech – and has approximately 1,400 acres of developable land that is currently occupied by about 180 companies. Realizing that water is a precious commodity needed for businesses to operate, the city has invested considerable sums in sewer and water lines to further facilitate development. In May of 2015, Vacaville brought on a tertiary treatment plant for its water facility to boost the quality of effluence leaving its wastewater facility. At $150 million, it was the city’s largest public works project in its history, once which complemented an earlier project that boosted capacity at the same facility a decade earlier. Ready access to water – which can be scarce in California – was an incentive for Genentech coming to Vacaville.

And for visitors and residents, there is plenty to do and see and many places to shop. This includes the Vacaville Premium Outlets which is home to dozens of well-known retailers such as Abercrombie & Fitch, Adidas, DKNY, Kay Jewelers, Movado, Nine West and Van Heusen. Premium Outlets was born of a need to help locals shop at home. Presently, about seven million visitors are attracted to the facility every year from Germany, Italy, Japan, China and other nations.

Its current population is approximately 96,000 and it is growing at a rate of about one percent every year. The City of Vacaville is poised to welcome not only businesses, but new residents, some of them retirees from the Travis Air Force Base in the nearby community of Fairfield. It has seen the construction of hundreds of houses in recent years and has an inventory of over 5,000 lots for growth potential. Many come not only to work in Vacaville but to live and take advantage of the many outdoor activities and stunning scenery.

“Our area is absolutely beautiful,” says Don Burrus, economic development manager for Vacaville. “We are close to most of the foothills of the mountain range, so the quality of life here is very nice. A lot of people, once they come here, want to stay. It’s a very family-oriented community. It has a tangible, small-town feel that we’ve been able to maintain, and people are very friendly and very helpful here.”

And for businesses, Vacaville simply cannot be beaten. Close to Sacramento and San Francisco, Vacaville has many of the amenities of much larger cities but at considerably less cost. As more people realize the overall importance of quality of life – which includes not only work, but play – the city’s popularity continues to grow. “We are approached on a weekly basis by companies looking to either relocate or open additional facilities here – not just here in our area – but throughout the Central Valley in California,” says Mazzaferro. “Vacaville is business-friendly, family-friendly, and we are a community that respects its past but is looking to move forward and improve all the time.”

Mark Golombek has worked as a writer for Focus Media Group since April of 2012. He is a dynamic facilitator and has delivered seminars on subjects including but not limited to ‘Living Well With Stress', ‘Creating Balance in Your Life’, ‘Building Bridges’, and ‘Boosting Your Positive Outlook’. He worked for 10 years in the Financial Services industry, and dedicated five years as a Level 2 Shelter worker in Toronto and Sault Ste. Marie, Ontario. He also served as a writer, editor, researcher and assistant director on two documentaries about homelessness, one of which garnered an award at the Shadows of the Mind Film Festival.
Read Next