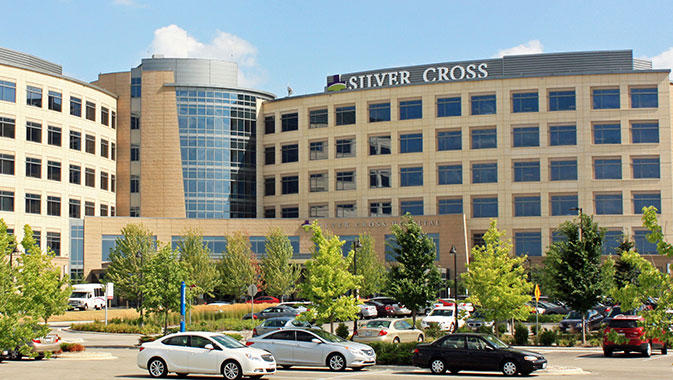 Ideally located in Will County approximately 35 miles southwest of Chicago, the Village of New Lenox, Illinois, possesses a growing population with great proximity and potential. In fact, given its logistical assets, dynamic community and progressive leadership, New Lenox has established itself as the crossroads of opportunity.
~
Traditionally a bedroom community, New Lenox is shedding that identity to become a growing center for retail, entertainment and hospitality, as well as a destination for healthcare services. New Lenox is fully leveraging its assets to become a retail and commercial center and a vibrant community that boasts an exceptional quality of life.

Located with access to Interstates 80, 355, 57 and I55, New Lenox is well connected for travel in all directions. New Lenox is only 35 miles from Chicago Midway and 45 miles from O’Hare Airport, offering air travel to anywhere in the world. The Village is served by two Metra commuter rail lines that offer over 25 trains a day into Chicago, perfect for those who commute into the city. Additionally, Will County is home to the largest inland container port, which offers a major economic advantage for the county.

Will County is one of the fastest growing counties in the U.S. with a current population of just under 700,000 residents, a number that has doubled over the last decade. New Lenox’s population has also grown, multiplying from 17,800 to 26,500 since 2000. As residents and businesses alike discover the Village’s appeal and potential, New Lenox continues to show signs of growth and development.

Housing permits in New Lenox ranked first in Will County and eighth in the Chicago Metro Area as of year-end 2015. Residents have a variety of housing stock to choose from, with additional residential developments currently underway. Residents are attracted to the Village’s location, quality of life, services and amenities, as well as its educational offerings.

The community enjoys a low municipal property tax rate, the lowest in Will County, and property can be purchased at a reasonable price. Businesses also have available land to choose from, with room to grow, as New Lenox boasts attractive Business/Industrial Parks with close proximity to highways and thus expansive markets. Indeed, with low property taxes and a median income of $96,000 (per the 2010 Census), residents of New Lenox enjoy disposable income that has supported the growth of the local economy. As a result of the growing economic base in New Lenox, the Village has been able to rebate an increasing percentage of the residential property tax paid to the Village since 2009 thanks to the sales taxes being generated.

In 2015, 40 new businesses opened in New Lenox, and there are more on the way. The Village’s daytime population is 11,700 people, a number that continues to increase as businesses continue to locate there and as local jobs become available. Established neighborhoods and new subdivisions provide comfort for those looking for either multi-family, starter homes, spacious dream homes, or maintenance-free living. New Lenox offers something to fit any lifestyle and any budget, and the Village is very family-oriented and boasts a strong sense of community.

In 2015, preliminary approval was given for a luxury apartment complex of 208 proposed units, a transit oriented development that is expected to attract a younger demographic. The available land is surrounding the Rock Island Metra Train Station which accommodates an average of 1,000 commuters each day. An additional enhancement at this location is that the Village is revitalizing its main intersection, razing several old buildings to make room for new commercial development. A CVS, a restaurant, a jeweler and a bakery will be built on the empty land located just west of the proposed luxury apartment development, making the location even more attractive to its target audience: the young professional demographic.

Residents can enjoy the New Lenox Community Park District, home to 36 parks, athletic fields and a golf course, as well as bike paths, fishing ponds and walking trails, attractive for any age demographic that calls the Village of New Lenox home. As well, New Lenox has undertaken a number of initiatives to encourage additional development in the community. The Commons Master Plan was adopted in 2014 and serves as an opportunity to create a unique destination for New Lenox and the South Suburbs.

The New Lenox Commons is where the community gathers for events and as such, represents the community’s vision for a traditional Village Green that is anchored by civic buildings and open space. In the future, the Village has its sights set on a hotel with Interstate 80 visibility that will offer hospitality, retail and dining opportunities to visitors of the Commons.

Another development is taking place on Nelson Road to mitigate growth related traffic issues in the community. Here, the Village is extending a road through vacant property to allow for an additional north/south thoroughfare. Construction is to begin this year, resulting in 1.2 miles of two-lane roadway starting at the north end at U.S. Route 30 and extending to Laraway Road.

To be sure, New Lenox works hard to offer a quality of life that is unmatched. In 2010, it was the ninth U.S. community to receive “Safe Community” designation from the World Health Organization and the National Safety Council. This prestigious designation is awarded to communities that demonstrate leadership in promoting safety, reducing injuries and preparing citizens for disasters. This preparation for natural and man-made disasters has resulted in additional recognitions for the Village. FEMA (Federal Emergency Management Agency) awarded New Lenox with the National Citizen Corp Council Achievement Award in 2010 and the National Weather Service designated New Lenox a Storm Ready Community.

New Lenox has also been awarded the Governor’s Hometown Award three years running, recognizing the community’s strong commitment to volunteerism and strong community spirit. Residents are continually encouraged to take advantage of the many opportunities provided to them to get involved and give back to the community.

The safe neighborhoods of New Lenox are home to some of the state’s best schools. The elementary school district has received Blue Ribbon Awards from the U.S. Department of Education and the high school district has made the list of the Top 100 in the State of Illinois. While there is no four-year college in New Lenox, residents enjoy proximity to Joliet Junior College, the nation’s oldest community college, University of St. Francis in Joliet, and Lewis University in Romeoville. Those who leave to pursue further education often return to take advantage of the great quality of life.

Education supports the great quality of life in the community while also reinforcing New Lenox’s growing economic strength through the development of a skilled and educated workforce. An educated and well trained workforce is especially necessary in the healthcare sector, a major economic driver in the community, as seen in Silver Cross Hospital’s new 289 private-bed facility. Conveniently located at Route 6 and I-355, the hospital was completed in 2012 and has consistently been ranked in the Top 100 Hospitals.

New Lenox has gained a reputation for being a healthcare destination of choice due to the caliber of its healthcare offerings. Its highly accessible location and exceptional standard of healthcare service providers reinforces New Lenox’s reputation in this regard.

Beyond its healthcare offerings, New Lenox is also a destination for tourism and entertainment. This small community packs a big punch as tourism and entertainment in New Lenox attracts up to 7 million attendees each year, proof that there is no shortage of activity going on in New Lenox. For instance, the Mayor and the Village Board established a highly popular and well attended Triple Play Concert series that has taken place each summer over the past eight years. Each summer, three concerts with well-known acts are hosted and attended by sold out crowds of 5,000 attendees. Performing bands at the Triple Play Concerts included but are not limited to Foreigner, Peter Frampton, REO Speedwagon, Heart, and Lynyrd Skynard.

For those looking for sports and recreation opportunities, in addition to the golf course, multiple outdoor activities can be enjoyed in New Lenox’s three forest preserves, parks, fields, and trail systems. Youth can take part in the Dwayne Wade Basketball Camps and residents can take in one of the major sporting events taking place in neighboring communities.

New Lenox is adjacent to Joliet, which is home to Chicagoland Speedway, host of NASCAR and ARCA races, and is less than an hour from major sports franchises like the Chicago Blackhawks, Bulls, Bears, White Sox, and the Cubs, to name a few. New Lenox is also proximate to Hollywood Casino Amphitheater located in nearby Tinley Park.

What New Lenox cannot provide, proximity enables. The Village is ideal for residents and businesses alike. Its location, its pro-business approach and low tax environment, its strategic multimodal logistics and access, and its vibrant culture work together to bring the work to New Lenox and connect New Lenox to the world.

The Village of New Lenox has a lot to offer and shows great potential for future growth and development. Greatly attributable to a visionary leadership team with a pro-business attitude, its strategic location, exemplary quality of life and strong economic foundation have reinforced New Lenox as a crossroads of opportunity. 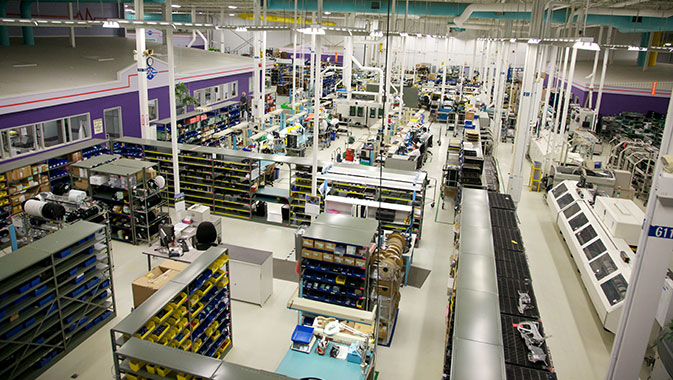 A Culture of Growth