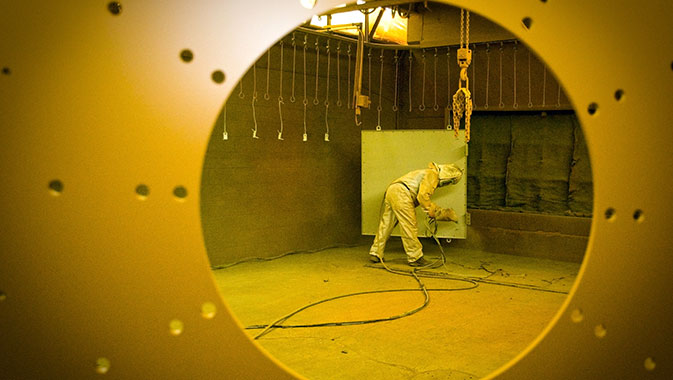 Jones Metal has been delivering advanced metal fabrication solutions since 1942. Based in Mankato, Minnesota, the family owned company supplies original equipment manufacturers across a range of industries, including power generation, oil and gas exploration, agriculture, nuclear power generation, renewable energy, heavy construction, military, and transportation.
~
With three quarters of a century under the company’s belt, Jones Metal’s experience and expertise sets the company apart. “We have a lot of talented people with a wide range of experience,” says President and CEO Sarah Richards. “We are known and respected for rapid response, flexibility, quality, performance, and especially for our Design for Manufacture skills.” These skills allow the team to produce specially designed solutions under tight time constraints. “Rapidly producing custom complex enclosures is also unique to Jones.”

Being family owned has a huge impact on the company, creating a culture that truly values its employees. “One of the differentiations for us is our people. They are like an extension of our family, really. And some have been here a long time; there are people who have been here for 40 years. We know that our people are our greatest asset. I try to know everyone in the company by name and I also like to know something about them. They know they can talk to me anytime. I think that is so important.” This commitment to open communication helps maintain efficient operations. “We are a small enough company that we can talk about things and be frank about where we are and what we are doing. We can still all meet for lunch in one room. We communicate quite easily.”

Ms. Richards’ maternal grandmother, Mildred Jones, launched Jones Metal in 1942, building upon the family’s manufacturing legacy. “Our grandfather was in manufacturing. He invented the first rotary converter converting AC power to DC power and started building generator sets, which is an engine and a generator combined to provide standby power. That company grew leaps and bounds through WWII and he ended up delivering standby power to some of the most remote locations in the world.” This success created a need for a supplier – and Ms. Jones stepped in to provide the service. “After their business started to really take off they needed a separate supplier for sheet metal fabrication,” Ms. Richards explains.

The business passed to the couple’s daughter and then to Ms. Richards and her two siblings in 2011, remaining family owned and operated to this day. The third generation of Jones Metal continues to be woman owned, building upon the legacy that Ms. Jones set 74 years ago. The company just received its official Women’s Business Enterprise certification last month. “That is really exciting because I believe that can open some doors for us, especially on some military and government related projects.”

Few family businesses survive to the third generation. Cognizant of the challenge, the team has worked hard to create a viable succession plan. “Obviously it is a big undertaking to make that happen. We knew it was going to take a combination of different strategies.” To develop these strategies, Jones Metal worked with the Family Business Center at the University of St. Thomas in Minneapolis. “We spent a lot of time working with some experts to help understand the transition and build a foundation for the successful transfer,” Ms. Richards recalls.

The company also sought the advice of an advisory board to help guide the transition. “We had a big strategy session where we had 65 different thought leaders join us, made up of employees, suppliers, customers, and service providers like bankers, attorneys, accountants, and other friends of the company that we knew would be helpful. They listened to all the plans we had for the company and gave their feedback, which helped us develop a plan and helped us recognize that we really needed to focus on operational excellence. That sets you apart from others in the field. And that is where we are today, focusing on our operational excellence and making sure that we are investing in technology and our people.”

With the support of the Family Business Center and the advisory board, Jones Metal developed a comprehensive owner’s plan during the transition from second to third generation. “We had to do a lot of soul searching to understand each other’s expectations from the business,” says Ms. Richards. “This included our mother’s expectations as well as my sister’s and brother’s and mine. We had to really dig in and talk to create the plan, which lays out what we expect and what our plans are for the future. I think that owner’s plan is critical for our success and we revisit it annually to make sure that it is still accurate and relevant.”

The team launched a brand revamp soon after changing ownership. “The new brand really focuses on modernizing our look,” Ms. Richards explains. The company’s sleek new design will help with its new social media campaign as well as face-to-face marketing. “We are actually going out and looking for new opportunities, new industries to participate in.” The new logo was created to make an impression online and on brochures and business cards, reminding potential customers to keep the company in mind. “We want to have a professional advantage when we are out in the field. And it is working. People love it.”

The new branding features a more stylized version of the Welsh dragon that has always been a part of the company’s logo. “We are very proud of our Welsh heritage, so we kept the Welsh dragon.” The company is also refreshing the exterior of its home office. “We are working on changes to the outside of our building so that the whole look transfers through.”

Now that the company has undergone a successful ownership transition and created a new brand, the team is ready for the next challenge. “We are working on going paper free,” Ms. Richards reports. In addition to being green, the initiative will also increase efficiency. “The biggest reason behind it is having real time information at everybody’s fingertips everyday, all day. When you print out a piece of paper, it is history already. Ten minutes later a change could come along. Because that work order could have 50 pages in it, reprinting it doesn’t really make economic sense. So we would make the changes by hand on the paper.” Just a few changes can create ongoing confusion. “You have [the change] visible on the piece of paper, but in the system it is still the old information.”

The welding department in particular will benefit from going paperless. New touchscreens will give them the opportunity to view large, up to date blueprints digitally, ensuring that there is no confusion as to what the customer wants. “That is going to be a game changer.” The plan to go paperless could go into effect as early as next month. “We are still working out a couple of glitches but we are really excited and I know within the next 60 days we will be ready.”

The team’s longer-term plans revolve around growing the company. “We are definitely working on growth,” says Ms. Richards. To maintain that expansion, the company will continue to invest in technology and automation. “The number of people coming into industries like ours, as far as skilled workforce goes, is dwindling and has been for a long time. For us to continue to grow, automation is going to become even more important.”

The company is already on track to achieve substantial growth over the next decade. “In the next ten years I could see us being about triple the size we are now,” Ms. Richards predicts. After three quarters of a century in business, Jones Metal is well positioned to continue a legacy of success stretching across the generations. 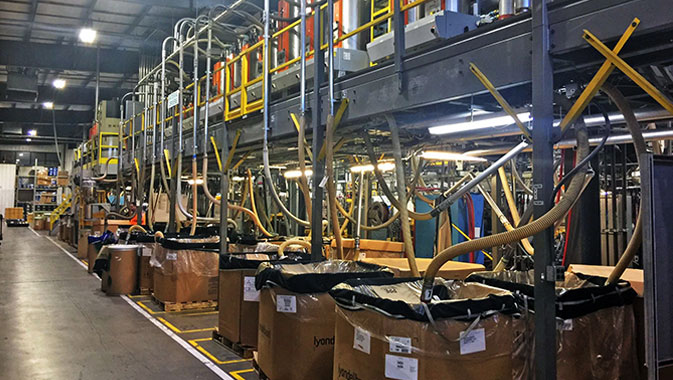