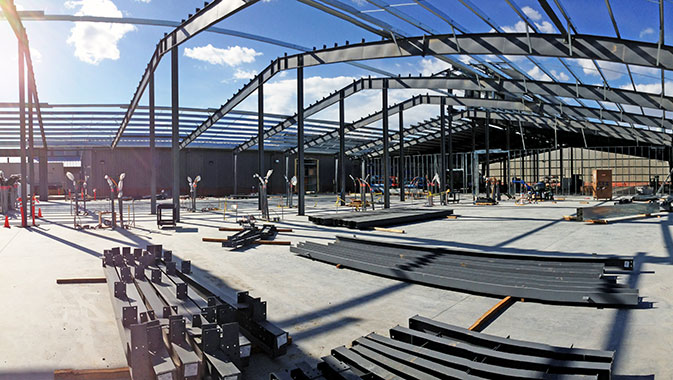 For over four decades, SEA CON LLC has worked with clients across Washington, Idaho, Oregon, Alaska, Arizona, and New Hampshire on a broad range of commercial and industrial projects, with a focus on metal buildings. The Issaquah, Washington-based business continues its longstanding tradition of excellence, timely delivery, outstanding customer service, and value for the dollar to meet the construction needs of its customers.
~
While there are many construction companies in Washington State, SEA CON stands above others not only because of its commitment to quality, but its extensive range of related services and established relationships with top manufacturers. Its many connections with outside architects, landscapers, engineers, and other specialists allow it to put together an unbeatable team to coordinate and manage all projects successfully, professionally, and on time.

In addition to its general contracting services, the company works closely with clients as a construction manager, coordinates design-build, assists with financing and funding, and covers other areas of the construction process. SEA CON assists with feasibility study work – sometimes before the client has even purchased the land.

“Owing to our knowledge on the development side of things, we know how to secure financing, and deal with areas such as real estate and equity funding,” says Director of Marketing Kris Azizeh.

The company is truly a turn-key project development contractor. SEA CON does everything from bringing in qualified subcontractors to managing site safety and working with outside agencies on environmental considerations, government permits, and much more.

SEA CON LLC has operated continuously as Seattle Construction and SEA CON LLC since its formation in December of 1975. The company underwent changes over the years as it evolved from established older companies. The heavy construction and highway group was sold in 1988, and the industrial building group continued as the separate entity SEA CON LLC.

The relatively small general contractor does not self-perform its work. This enables SEA CON to remain extremely efficient and selective about the subcontractors it chooses for projects.

“We are very diverse in projects we take on,” says Azizeh. The company has worked on jobs from modest tenant improvement projects in the $25,000 to $50,000 range to massive industrial facilities priced from $40 million to $50 million.

The company’s staff of about twenty-five uses the skills formed from decades of combined industry experience of its experienced principal members, appointed managers, site superintendents, engineers, estimators, office support staff, accountants, and others. Company directors are associated with construction projects in management, engineering and supervisory capacities.

Key staff are active in industry associations such as the Associated General Contractors of America (AGC), the Construction Management Association of America (CMAA), the International Right of Way Association (IRWA), and the Associated Builders and Contracts (ABC). SEA CON itself is licensed as a general contractor in Washington, Oregon and Arizona. The team operates primarily in the western states, and has taken on work in the central and eastern U.S.

Since the company’s early days in the mid-seventies, SEA CON has been erecting quality metal buildings which are popular for a multitude of uses including manufacturing and warehousing. Today, the high-quality structures come from manufacturers throughout the country.

“We are a licensed dealer for three major manufacturers across the United States,” says Project Manager Ron Turner. “These manufacturers only sell through dealerships; they do not sell to the general public or contractors. Metal buildings are very detail-oriented products, and you can’t just sell it on the street.”

As a licensed representative of custom-engineered metal building businesses, steel makers and fabricators such as Nucor, Metallic Building Company and GEM Building Systems, SEA CON has access to over fifty manufacturing facilities throughout the United States for materials, further giving it an edge over the competition.

The company has worked on metal buildings as small as 6’ x 8’ garden sheds and as large as multi-storey warehouse distribution and manufacturing structures of several hundred thousand square feet. Regardless of size, all SEA CON metal buildings are precisely designed, engineered and built for optimal functionality.

“Every one of these metal buildings is designed based on project needs,” says Azizeh. “There really isn’t an ‘off-the-shelf’ product. Everything is designed to order.”

The company is responsible for creating a complete package including structural design, the primary framing system, and the exterior cladding system. “It is a lot more cost-effective than traditional steel buildings that are designed by an engineer, put out to bid by local contractors, and then fabricators come in,” he says. “It is a sole-sourced type product.”

Metal buildings must be engineered to support what are known as ‘collateral loads’. These are the weights of the HVAC, mechanical, electrical and sprinkler systems along with other owner or user loads which can be anything from bridge cranes to mezzanine systems. In one case, the company was called upon to create a system to suspend a car from a rafter; another project saw SEA CON complete a metal building that was nearly seventy feet tall and designed to hold two massive forty-ton bridge cranes.

Unlike conventional building techniques, metal structures provide customers with numerous advantages, such as long spans of clear floor space without columns, which makes them ideal for manufacturing and warehousing. Exterior surfaces no longer need to look industrial either. Available exterior finishing options include concrete, block, casting, precast and more. Virtually any outer surface can be applied to a pre-engineered metal building. Roof pitches can also be customized as can the building geometry to maximize a building’s size to fit a particular lot.

Large metal buildings can be manufactured in as little as eight to ten weeks and erected in a few weeks, making them extremely popular with customers in industries that cannot afford lengthy shut-downs. The sooner the structure can be completed, the sooner it can be occupied and put to use. “The speed at which a metal building can be designed, detailed, fabricated and delivered is significant over a traditional method,” says Turner.

When it comes to choosing metal buildings over conventional structures, the speed of completion is just one consideration. While being structurally sound, metal buildings are much lighter than concrete, brick or wood and withstand elements and insect infestation. In some instances, buildings can be disassembled and relocated if necessary, depending on applicable codes.

Along with a well-earned reputation as a quality general contractor, SEA CON assists clients through its Business Relocation Services (BRS). The professional team informs clients about legal rights, the costs of moving and re-establishing a business and details such as financing and negotiating leases. Since 1993, the company has helped over 120 companies with move planning and has a success rate that exceeds ninety percent.

“At the same time we are coordinating the relocation process, we’re using our general contracting skills to conceptually rebuild them in this new space,” states Azizeh. “Before they move, they need to understand how much it’s going to cost, how much they will get reimbursed, and how much is coming out of their pocket. So we are able to help them out before they make a major decision.”

These services and others have earned the company business from long-time and new customers alike. “We pride ourselves on repeat clients, and our reputation is everything,” says Azizeh, “We don’t do a whole lot of advertising. Most of what we do is based on our reputation. When we enter into a relationship with a client, that’s a relationship we plan on having for life.” 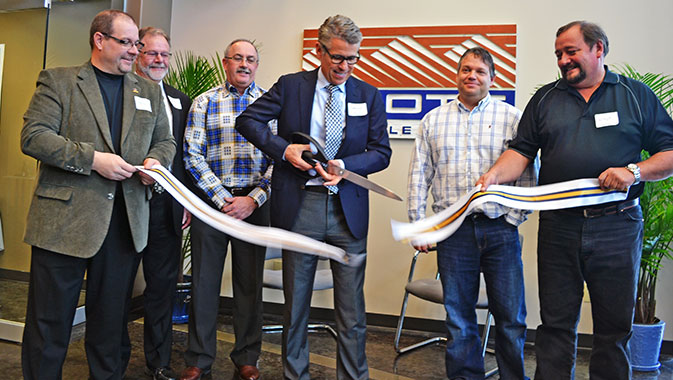