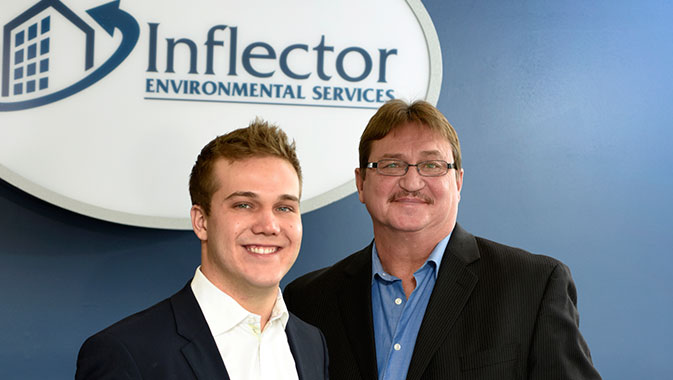 Since 1994, Ontario-based Inflector Environmental Services has been doing the difficult jobs right. The company has become a trusted name and an environmental services contractor of reputation, growing steadily to become an industry leader Canada-wide.
~
Inflector Environmental Services offers high quality solutions and innovative hazardous material removal services. The team executes projects on time and within budget, doing so in a way that is sensitive to its clients’ needs. Inflector is discreet, professional, and is truly dedicated to its clients and the projects it undertakes.

The firm was founded by Jeff R. Clarke in 1994 when J.R. Clarke and Associates began operating under the “Inflector” name. The company’s initial focus was on window and duct cleaning services, testing its hand at environmental services.

In 2001, Inflector found its niche in the market, evolving its core business to include environmental contracting and hazardous material removal. This change was ushered in by the knowledge and expertise of David Walsh, who was brought onboard by Clarke.

This served as a major catalyst for the company’s growth and success and proved to be a turning point. This marked the moment when the business would gain access to larger, more significant projects that would reinforce the company’s growing reputation in the market.

“It wouldn’t be until around 2011 to now that we’ve seen extreme growth,” shared Jeff W. Clarke, son of Clarke Sr. and President of Inflector Environmental Services. “During that time was when we started to find our niche. We were very humble in our beginnings with a five-man crew at that time,” noting that all five of those crew members remain with the company today.

The team has since grown to over 100 employees strong, a figure that increased by 70 employees since 2014. Inflector Environmental Services became a union contractor in 2006, another major moment in the company’s growth.

“That opened the door for us,” Clarke shared. “That was a significant time period for the company’s growth. It allowed us to take on projects of a much larger size and work for general contractors like PCL and EllisDon.” The firm’s first major project as a hazardous material removal contractor was at the Rideau Centre in Ottawa, Ontario.

Sadly, in 2014, Jeff Clarke Sr. passed away leaving the company in the hands of his son and namesake. At the time, Clarke Jr. was completing his business degree at St. Mary’s University in Halifax. He completed his studies and returned home to assume control of the company.

Clarke started with his father at Inflector nine years ago, first as a site labourer, climbing the ranks year after year to become site supervisor, and later a project manager and junior estimator. Now 25 years old, Clarke and his team have found a way to expand on the legacy left by his father.

“My father left a good legacy behind for me,” noted Clarke. “A lot of his friends have really stepped in to help me.” He acknowledges the contributions of the company’s advisory board which are working with the team of professionals at the company to help Clarke actualize his vision for the company’s future.

The company’s leadership includes Chief Operating Officer David Walsh. “Also, behind us there are seven members of the advisory board that bring over one hundred years of construction growth and management experience to the table.”

“We were born into this environmental construction industry,” Clarke says of himself and Walsh. “It’s our life’s work.” Clarke may be young, but his industry knowledge, expertise and business acumen are those of a long-time industry professional with a clear vision for the future.

Inflector is a national contractor that operates primarily in Ontario and Quebec though projects have taken the company across Canada and as far as Barbados. Inflector Environmental Services has its sights set on becoming the nation’s leading environmental and hazardous materials removal contractor and expanding its geographic footprint nationwide.

Inflector Environmental Services continues to grow and further strengthen its reputation. It is also recognized for its unwavering commitment to safe and healthy work environments.

One such example of a project in which Inflector Environmental Services played a significant role is at the Canadian Museum of Science and Technology in Ottawa, Ontario. This was a high profile mould remediation project where over 25 000 priceless artefacts were contaminated as the result of a leaky roof. The museum was forced to close to undergo these major repairs and upgrades.

“When taking on large hazardous materials projects, we’ll be constantly innovating on the technology to increase productivity and increase worker safety while maintaining margins.”

The commitment to safety is extended beyond its employees to its clients and the general public. Inflector boasts a zero-tolerance safety policy and holds its employees and its processes to the highest standards.

“There is no three-strikes and you’re out,” said Clarke. “Safety is extremely important, especially given the nature of our business. The men are constantly being trained and constantly being upgraded in every different aspect of safety, whether it be first aid or working standards and practices.”

Inflector Environmental Services has its own safety policies, general safety standards and personal and site-specific safety policies designed for each project and its environmental conditions. Through its commitment to safety, paired with its exceptional quality standards and innovation, the company has solidified itself as a leader in the market.

At the core of project delivery is the trained staff and team of professionals. “I always spoke to my father about the importance of having really great people in all aspects of the company. I realized that’s where your money is made and lost – at the job site.”

Clarke’s goal at the helm at Inflector Environmental Services was to “bring in some of the best people that I had seen from around the industry,” to create, “a really tight company with great people from all sorts of different backgrounds and different experiences from different companies.”

“It’s a fun culture,” stated Clarke. “It’s a hard-working culture, and it’s an ever-changing, dynamic environment, and it’s extremely fast paced. You have got to be quick on your feet if you want to stay with Inflector.”

Clarke and his father have assembled a team of the industry’s leading professionals whose knowledge and experience have laid the foundation for growth and success. Its employees, clients and industry partners have established strong, highly-valued relationships.

The company’s long history of financial stability has enabled continued growth and success which, in turn, has provided the freedom to enter varied markets and to bid on projects that it would not have otherwise had the opportunity to do so. Strong financial backing supports the company through waves of market growth. It can address any fluctuations in the construction market and manage cash-flow competitively throughout.

As Inflector Environmental Services is poised to grow in the future, it remains committed to helping its clients from both the public and the private sectors, offering its innovative environmental solutions and hazardous material removal services.

With the expertise to undertake even the most challenging projects, Inflector Environmental Services does the difficult jobs right. 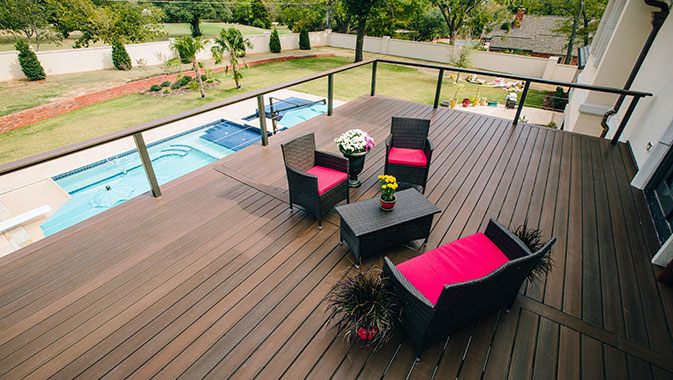