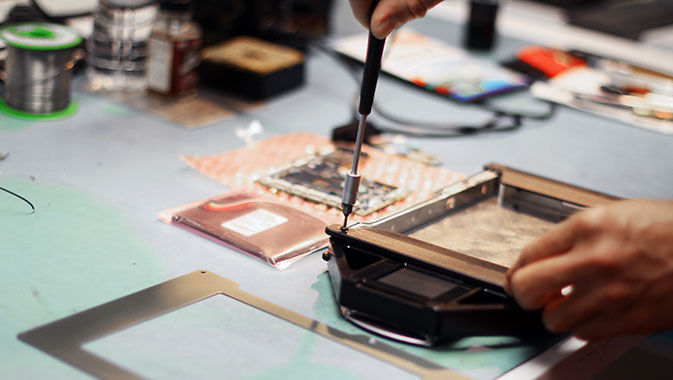 Demanding sectors like the United States Army, the Marine Corps, the United States Department of Homeland Security, and many others require technology they can count on in the most extreme conditions imaginable. From freezing cold to blistering heat and damp climates to deserts, computing systems, mobile networks and communications must perform under pressure and serve as reliable lifelines. And that is where AMREL comes in.
~
From its headquarters in the Californian city of El Monte, east of Los Angeles, privately-held AMREL has earned a reputation as a leader in providing solutions for defense, renewable energy, aerospace, commercial, oil and gas, public safety, and industrial clients. The company is known for its superior design and manufacture of extremely durable, small-footprint computing solutions, customized Commercial Off-The-Shelf (COTS) products, Operator Control Units (OCU) solutions for unmanned systems, mobile hybrid renewable energy systems and handheld multimodal biometrics.

The company prides itself on its patented, modular, single-solution approach, which reduces customer cost, minimizes peripheral devices and even space and weight requirements. AMREL is highly flexible and accommodating to customer needs and provides customizable, rugged computing platforms from military-grade laptops to in-vehicle solutions. In fact, over eighty percent of the company’s products are customized. “We have the capabilities to rapidly and economically process both low- and high-volume orders,” states AMREL. “We are the only computer provider who extends the manufacturer’s guarantee to customization.”

The company’s ROCKY line of computers includes tablets, laptops and handhelds and has proven itself time and again in many sectors. It has multiple display sizes and runs on Windows or Android Operating Systems. AMREL’s ROCKY laptops, handhelds, tablets and network communication systems, are known for their extraordinary durability. Its products have a Fault Tolerant Isolation design, which seals every single compartment in the device, protecting it when working in the field under demanding conditions.

For clients who prefer the portability of a tablet with military-grade toughness, ROCKY tablets can be easily modified and fitted with radio-frequency identification, antennas, or night vision. The handheld devices are designed to withstand the harshest of conditions.

AMREL products have ingress protection (IP) ratings and military standard certifications that prove they stand up to the environmental stresses of combat situations, the pursuit of criminals and situations experienced by first responders and many others. These devices have survived windstorms, fire and car crashes and lived to tell the tale. AMREL’s computers are tested to withstand rain, shock, low and high temperatures, dust, water spray, salt fog, vibration, humidity, and other brutal conditions and are used by construction workers, miners, policemen, the military and others. Warranties – covering service and repairs – are determined by longevity and performance factors which are typically designed to sustain a three-year lifecycle.

“The key to a truly rugged product begins with the product design,” says Vice President of Operations Kalvin Chen. “Design is not the only consideration, but also in component selection. A truly rugged product is a reflection of a well-rounded design and technical consideration from inside the unit to the outside, i.e. housing. Our cumulative knowledge and experience of our engineering team’s effort is reflected in the ruggedness of all our product design.”

The talented team consists of about thirty-five full-time staff in the computer division, along with a pool of contractors who work on select programs or projects. Many are highly-trained engineers with key skills sets to ensure the products comply and pass military standards for environmental durability, electromagnetic interference, and ingress protection ratings. “The key is about understanding what our customers’ program/project requirements are and making sure our products and solutions can meet and work in the fielded environment, from extreme heat in the desert to cold and wet areas around the world,” says Chen.

The company has computer, medical and renewable energy divisions. The primary interaction between the three is typically in resource sharing and collaboration on research and development, engineering, production, human resources, administrative as well as some corporate functions.

In 1995, after a successful decade of investing in technology enhancement and product development, the company’s power division started to develop business in the defense sector. It was awarded a contract as the supplier of the programmable power system for the Joint Strike Fighter (JSF) program – the fighter jet of the twenty-first century – in 2006. Fast growth saw the division strategically acquired by a NASDAQ publicly traded company in 2010.

After growth in its power division, AMREL began its highly successful rugged mobile computing business in 1991, and it was through this that it established its success and brand. The company initially targeted public safety and became the key supplier for police departments across fifteen states. In 2004, AMREL branched out to the federal level and pursued new business opportunities in Department of Defense and Department of Homeland Security.

“We not only supply COTS (commercial off-the-shelf) rugged computers, but also are well-known in the sector as a rugged computer solutions company that can modify or customize our COTS product to meet program/project requirements and shorten development time and cost,” says Chen.

One of AMREL’s many advantages over its competitors is its ability to customize solutions from its COTS platform. “Instead of developing a new product or solution for a program each time – which can take easily take from nine to eighteen months – we can modify our COTS product and deliver a customized solution that meets customer’s requirements within one to three months, depending on the complexity of the customization,” says Chen.

In 2005, during the escalating price of crude oil, the company formed its renewable energy division. During this development period, AMREL licensed fourteen patents from UCLA related to next generation solar energy material in order to develop thin-film solar panel based on a conductive, organic plastic material. From there, the renewable energy division was spun off as a separate company called Solarmer Energy Inc. funded by private equity. Solarmer Energy has thirty-five patents and is currently the world record holder of power conversion efficiency in the field of organic photovoltaic energy (OPV).

AMREL has spent the past several years researching and identifying opportunities in industrial markets that may benefit from the company’s rugged products. One of these is the healthcare industry. It has taken its core rugged laptop platform and made modifications to meet certification for medical use, positioning itself to be the prime hardware platform provider. The technology is targeting cardiac health with its non-invasive turnkey solution to help with early detection of heart disease, the number one killer in the world.

In the next five years, AMREL has outlined goals including becoming a leading provider of mobile handheld biometric solutions, expanding its position as an operator control unit (OCU) supplier to unmanned ground robots/vehicles (UGV) companies and increasing customized solutions business in the defense sector. Fostering many long-standing supply chain relationships in Asia over the past three decades has given the company access to computing related products and manufacturers, strong and dedicated support, low costs, fast turnaround times and expedited support to create a unique business model of customization through rapid prototyping.

“As a result of this business model and competitive advantage, we can serve diversified applications using value-based selling strategy, and not compete purely on price,” says Chen. “Over the last thirty years, we have developed profound, cumulative knowledge and understanding of the industrial and defense sectors. Our understanding of how mobile computing system/solutions are being used in different applications of both sectors will play to our advantage. After all, we don’t just sell rugged computers; we sell customized rugged solutions.” 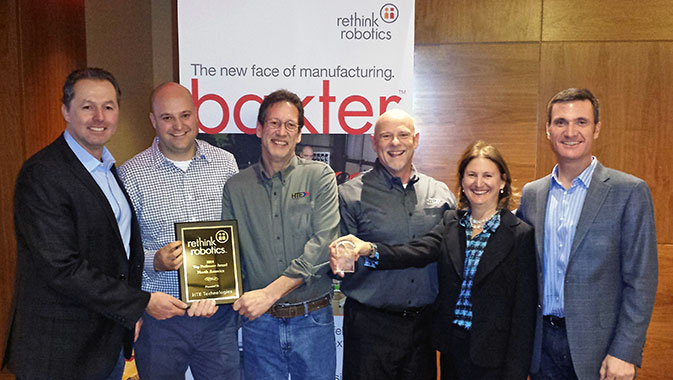