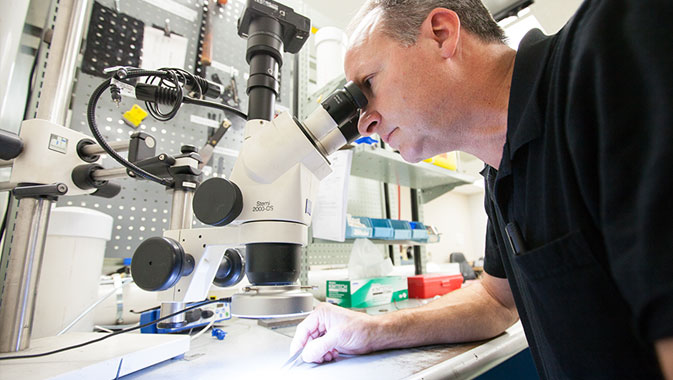 Electron Energy Corporation (EEC) knows how to attract business. The rare earth magnet developer and producer began as a humble startup operating out of a milk shed in 1970 – and quickly grew to be a global leader in an extremely demanding industry.
~
Today, EEC has moved far beyond that milk shed, occupying a state-of-the-art office and manufacturing space in a building that was designed and constructed specifically for the production of rare earth permanent magnets and magnetic systems. The Landisville, Pennsylvania based business boasts a prestigious list of global customers and a dedicated team of 130 employees committed to delivering the highest quality product.

This quality is paramount because rare earth magnets are used in “mission critical” applications that cannot afford to fail, Scott J. Murr, EEC’s Director of Business Development, explains. “You can’t just switch it out for a spare part. Someone could die or get hurt if the product fails.” The company’s primary customers are military and aerospace prime contractors who use EEC’s magnets in the JSF, F-18, Patriot, Predator, and Navy nuclear programs. Medical and oil exploration companies also depend on EEC’s reliable rare earth magnets for a variety of demanding applications.

Founding
Before founding EEC, Marlin Walmer worked as a successful engineer at Hamilton Watch Company, helping to develop the world’s first electric watches. “Before that everything was mechanically driven,” Scott explains. “He worked in the R&D group making platinum cobalt magnets for the watches.”

Hamilton Watch Company was also involved in defense work, and Marlin built strong relationships within the industry. One of these relationships would change the course of Marlin’s life – and create an entirely new industry. “Marlin frequently attended technical conferences to stay abreast of developments in materials science. At one of those conferences, Karls Strnat, a physicist from the Wright-Patterson Air Force Research Lab, presented information about a new magnet material, based on rare earth and transition metals, that he had discovered. Marlin saw the potential of this new, promising material and had the vision to see that this was going to be a pretty big deal. He went home and convinced his wife – they had four kids at the time – that he was going to go out on his own and start a magnet company. So he left a stable, reliable job working at an R&D lab at a great company, and started his own business.”

The risk paid off. “Marlin is credited with really pioneering and being the first to commercialize permanent rare earth magnets in the U.S.,” Scott says. “The initial driver was that Marlin saw a need for a product that didn’t yet exist in the marketplace. So he developed this product.”

Home grown solutions
EEC continues to manufacture its own product, a fact that sets the company apart. “We are vertically integrated,” Scott points out, “which is what differentiates EEC from the rest of our competitors here in the U.S. We are the only remaining vertically integrated samarium cobalt producer of any scale here in the United States. While other companies took portions, or all of their operations, and shipped them out to lower cost countries, we decided to keep our capabilities here in the U.S. where most of our customers reside.”

While operating costs are higher in America, the benefits of domestic manufacturing are clear. “It allows us to control the quality. We can control the process from start to finish.” Keeping manufacturing in-house also allows the team to create custom materials for customers. “Many of the applications for which we supply products are unique; we often have to customize solutions for our customers. Maintaining the ability to produce material here in the United States has allowed us to develop a sustainable growth strategy built on our ability to deliver quality and customization to the global permanent magnet market.”

Manufacturing permanent magnet materials in house also means that the team has an expert understanding of the complex product. “Because we make the actual material we have an intimate knowledge of how it behaves and how it will work in different systems and in a wide variety of operating conditions. That unique understanding of the products at the material level is why global companies come to EEC for solutions to their most critical magnet requirements.”

Customers depend on this expertise, particularly as industry pressure ramps up. “Increasingly, our customers are dealing with smaller engineering budgets and shorter time to market expectations,” Scott points out. “So they really look at our engineering team as an extension of their own. They don’t have 90 experts in house, so they come to us for help in solving their challenges; we do [everything], all the way from prototyping to production. Our team really works very intimately with the customer’s engineering team. I always say that [part of] what we sell is engineering and magnet expertise. Part of our product is the engineering capability that customers will get through working with us.”

EEC’s expert team delivers engineering solutions as well as savvy budgeting to make domestic manufacturing work. “We have great people,” says Scott. “That is our number one resource. A lot of our employees have been here for 30 or 40 years, so we have a lot of knowledge in the operators that are making the products and with the engineering team designing the products. For sure, our people fuel the innovation that has allowed us to be leaner and more competitive on the cost side so that we could keep the operations here in the U.S. with customers to sustain our growth.”

Continued growth
EEC continues to enjoy ongoing growth. In 2012 the company expanded its capability significantly with the addition of a 44,800 square foot manufacturing facility. This more than doubled EEC’s floor space, improving efficiency and ensuring the company can keep up with increasing demand. The addition will also allow EEC to expand its operations and add to its capabilities in producing complex magnet assemblies.

The company also continues to invest in its people, hiring new talent and rolling out new training programs to ensure that EEC stays at the top of its game. The company remains family owned with Marlin’s son, Michael, at the helm, and the ongoing emphasis on people is core to the company culture. “The Walmer family goes out of their way to provide meaningful and rewarding employment for the people who work for them,” Scott reports. “That is why we have people who have been here for forty-some years.”

This commitment to people produces a positive ripple effect that is seen all the way through to the customer. “That resonates throughout the business. The employees are happy and they do a good job which translates into good service for the customers. Ultimately, that is why we are able to grow.”

The company’s ethical standards can be traced back to the founder, and will continue to be foundational to EEC. “Being ethical is something that goes back to Marlin,” Scott points out. “He was very patriotic; he was a serviceman himself and he was supplying to service related markets. His philosophy was to be ethical, produce high quality products, and delight the customer. Those were his three points of what he wanted to do with his business.”

Forty-six years later, this underlying philosophy is still at the forefront of everything the team does. Evidence of this is seen in the fact that EEC’s very first customer, Hughes Aircraft Corporation, now L-3 ETI, is still a customer to this day. With that kind of customer retention, it is clear that the team is on the right track – and well positioned for sustainable growth. 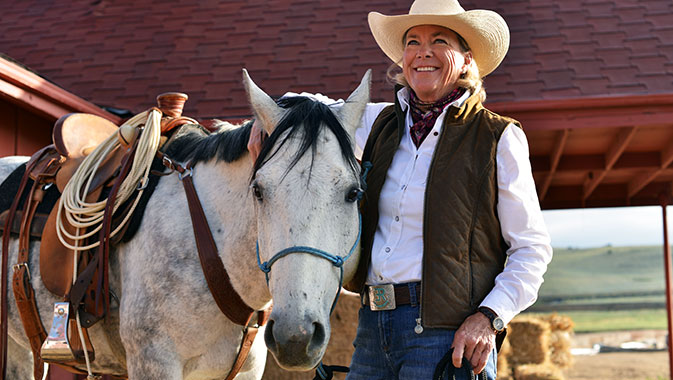