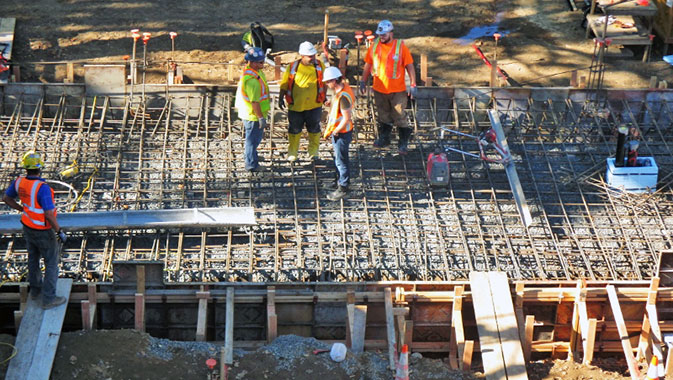 New York City based Ashnu International is a multi-million dollar construction company delivering construction management and general contracting to prominent clients in both the private and public sectors.
~
After beginning his career as a civil engineer in India, Founder and President Nayan Parikh immigrated to the United States in 1994 and landed a job as an estimator for a small construction company. Four years later, Mr. Parikh struck out on his own, launching Ashnu International – and quickly earned a solid reputation in New York City’s competitive market. What was the secret behind the rapid success of the humble startup? “Hard work and honesty.”

The company boasts several specializations in addition to this diverse project base: constructing Hindu Temples, restoring historic structures to their original splendor, and working with all phases and types of reinforced concrete, from foundations to superstructures. Concrete services cover both modifications and new construction and include underpinning and structural shoring, sheeting and bracing for deep foundations.

Mr. Parikh says that the construction market is quite strong in the Big Apple at the moment, with plenty of work to go around. “New York city is very busy right now. If you know what you are doing and you are a good contractor, New York City is the busiest market right now for general construction in the country.” Part of the uptick is the result of the storm damage suffered three years ago. “A lot of work has opened up in New York City because of Hurricane Sandy in 2013.”

Currently, Ashnu International is hard at work on four Pre-K schools in New York City, after recently completing PS389. That $8.5 million Pre-K project was completed under an extremely tight deadline. “We had to finish in four months,” Mr. Parikh remembers. “No excuse, no extension of time. You work day and night and you just get it done.”

Mr. Parikh credits his dedicated team for meeting the challenges of tight deadlines. “We have a great team of project managers, supers, and workers. Most of my workers have been working for me for the last ten to 15 years. They are very loyal to the company, they grew up with the company, and their dedication to the company just continues growing… My employees are like my family.”

The close relationship between management and staff has been a key contributor to the company’s success. “I share with them the whole game plan of the project, right from the beginning,” Mr. Parikh says. “I explain to them how [the project] is going to go. I share my pressure with them rather than carry the pressure with me. So they understand where we are and where we want to go.” By sharing the vision – and the burden – “it is easy for them to achieve the goal.”

The company’s successful approach was recognized in 2012, when the Regional Alliance of Small Contractors awarded Nayan Parikh its “Contractor of the Year” award. The award celebrates the region’s fastest growing contractor. “The general alliance selected me because of my continuous growth and progress,” Mr. Parikh explains. As the keynote speaker of the award ceremony, New York City Mayor Michael Bloomberg highlighted the critical role that local contractors like Mr. Parikh play in executing New York City’s construction projects.

Leadership
Mr. Parikh has taken a strong leadership role in the community, contributing to the success of the regional construction industry in addition to his own company. His efforts are particularly focused on promoting minority owned business interests. “I am one of the role models for the minority contractor community in New York City. I know the challenges that small construction companies face and I know how they can overcome that from hands-on experience.”

Mayor Bloomberg selected Mr. Parikh to serve on the Construction Mentorship Advisory Panel, which supports the Compete to Win initiative launched by the Bloomberg administration. The panel’s private developers, minority and women-owned businesses [M/WBEs], advocates, and government officials work together to recruit more M/WBEs into Compete to Win’s NYC Construction Mentorship program, and to ensure that the program effectively addresses the needs of M/WBE construction companies bidding on New York City projects. “We give input to the city about the challenges that we face as a minority contractor and how they can rectify those challenges,” Mr. Parikh reports. “So far it has been working very efficiently.”

Mr. Parikh has also served as the president of the Society of Indo-American Engineers and Architects (SIAEA), which promotes increased representation of Indian American owned businesses in construction and related industries. In addition to advocacy, the 1,000+ member organization provides educational and networking opportunities throughout the year including technical seminars, networking cruises, and an annual gala dinner featuring prominent speakers.

As a member of the Board of Directors for the National Association of Minority Contractors (NAMC), Mr. Parikh helps to connect minority owned businesses with opportunities. “We are working with Washington DC and elected officials to strengthen the Disadvantaged Business Program and to expand the network globally,” he says. NAMC’s national network keeps members informed of upcoming projects throughout the country “to help each other to expand our business. We share the information and we help the members get access to the stage to participate in the work.”

Looking ahead
Business is booming in New York City, but challenges still remain. “The most difficult part is holding onto employees,” shares Mr. Parikh. With so many projects underway, opportunities abound for construction workers, so regular staff turnover is a concern. “A lot of the employees that I hired in the last two or three years, they come and get trained, but their eyes are on the big companies. They keep sending their résumés. And before you realize it, they come and say, ‘I got a job and I am leaving.’ Sometimes I am the better paymaster, but people always look for security and they think that they would rather work for a [big company].”

Retaining Ashnu International’s core personnel has not been a problem, however. “My key people have been with me for the last 15 years. I am not worried about that.” In order to keep other employees on board, the company provides training to interns and recent graduates, offers competitive benefits, and provides a positive company culture that encourages a healthy work life balance. “I want all of them to enjoy their life, just like I want to.”

Mr. Parikh has built a successful company from the ground up, excelling in one of the nation’s most competitive construction markets. And, he is not finished yet. In addition to remaining a community leader and minority business mentor, Mr. Parikh plans to continue growing Ashnu International until it reaches the $200 million mark. Based on his record thus far, reaching that goal seems just a matter of time. 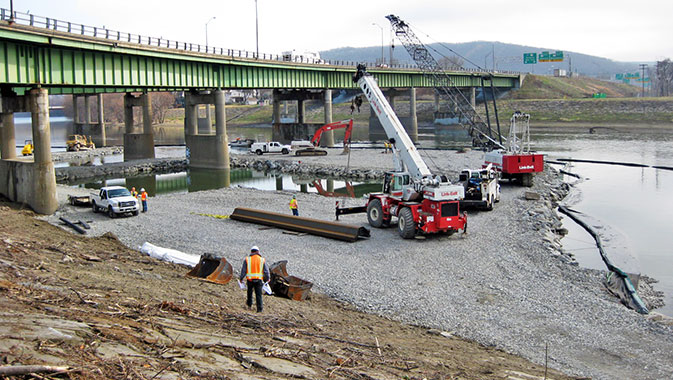