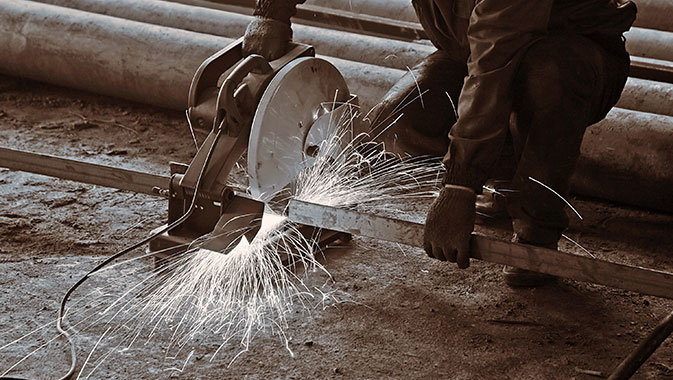 ~
In 1915, Norwegian immigrant Oscar Onsrud and his son Rudy invented the first air-powered, high-speed spindle. The innovation of the ‘jet motor’ or air turbine they used to power a router would soon transform industry and the way goods are manufactured as the device was nothing short of extraordinary. Up to that point, cutting and milling machinery in America’s factories had been belt-driven. In time, the invention would lead to the development of today’s computer numerical control machining – better known as CNC machining – which uses computers to control machine tools, grinders, routers, lathes and mills used in the machining of metal and plastic parts.

Over 100 years and numerous patents later, the Onsrud name remains connected to one of the best-known companies of its kind: C.R. Onsrud, Incorporated. Founder Charlie Onsrud worked in machining and manufacturing under his father and grandfather before creating his own company in Chicago. Today, it makes its home in Troutman, a town in Iredell County, North Carolina, under Chief Executive Officer Tom Onsrud and his brothers Bill and John.

In the story of C.R. Onsrud is not just that of a successful business, but of the spirit of American innovation itself. During the dark days of the Second World War, individuals and businesses alike pitched in to help the war effort, and C.R. Onsrud was no exception. The stock of almost every M1 Garand – the standard-issue service rifle for U.S. forces – made in the Springfield Armory was created on an Onsrud machine, and many aircraft used during the war contained parts made on routers manufactured by Onsrud.

In the mid-1970s, the company was behind the patent of the Inverted Router™. Safer and easier to operate, the inverted router provided simpler set-up, more efficient dust collection and less operator fatigue when compared to overhead routers.

C.R. Onsrud never stopped innovating, and the company still provides high quality, state-of-the-art CNC routers which are extremely competitively priced for today’s marketplace. “Metal machining isn’t new to the Onsruds,” said CEO Tom Onsrud in a statement, “and we’re finding applications every day where we can excel in that industry, such as nested-based machining.”

The company’s cutting, milling and machining equipment is used in many industries to create extremely accurate parts with accuracy, speed and the greatest efficiency possible. Its products are regularly used in hardwood routing, solid wood routing, steel milling, aluminum milling, composition mold making, carbon fiber machining, carbon graphite machining and numerous other applications for cutting wood and plastics to a range of metals and composites. Routers made by C.R. Onsrud are known for reliability, quality craftsmanship and features unavailable on many products made by the competition.

Its machinery is used by well-known and respected Tier One customers such as NASA, aerospace company Zodiac and aircraft manufacturers Boeing and Cessna as well as tire manufacturer Goodyear, American aircraft multinational corporation Boeing, legendary American-German piano manufacturer Steinway & Sons and countless other companies both large and small. From aerospace to custom millwork for the door, stair and window industries, C.R. Onsrud meets the demanding needs of industry with each product precision-designed and manufactured its specific purpose.

C.R. Onsrud remains committed to quality in all its designs, including 3-Axis, 5-Axis CNC machining centers, CNC mills, Inverted Routers and CNC routers. Customers can choose from the Tech, Pro, Wide Pro, Dual Process, Extreme and other series for machinery that suits their exacting needs.

The company’s M-Series contains the smallest products offered by C.R. Onsrud but is still designed and engineered with unsurpassed quality materials and workmanship. With many top-end features found on larger models, the M-Series line of CNC machines features responsive drive mechanisms, rigid frame construction and much more. Standard features include a full two-year warranty, any day or time and after-hours emergency technical support provided by the factory, on-site machine installation and training, in-depth remote online diagnostics and more.

Other models, such as those in the Wide Pro Series, are designed and engineered with internal steel reinforcements capable of handling significant amounts of weight that come from working with oversized tooling, sheet metal parts and big blocks of non-ferrous metal. Manufactured for precision, products in the Wide Pro Series incorporate top-rail designs found in the Pro Series, resulting in a precision machine capable of handling heavy materials and tooling, while providing “the best possible cost per table size relationship available.”

The Onsrud Inverted Router™ has earned an industry-wide reputation for reliability and quality. Incredibly versatile, accurate and efficient, the company’s line of Onsrud Inverted Routers™ includes the 500ss, the 750ss and the 900vs/vsx. This line essentially replaces conventional overhead routers and is well-suited for a range of applications. The 500ss is best employed for light duty and intermittent production work. It works well on plunge routing and profiling inside cuts in softer metals such as aluminum as well as plastics, hardwoods and softwoods. The 750ss, a production-duty router for medium- to heavy-duty routing applications, is appropriate for up to three shifts per day when properly maintained. This model can handle the same type of jobs as the 550ss and for the same materials, with the additional capabilities of working with nonferrous metals.

And then, there is the 900vs/vsx line of Onsrud Inverted Routers™. Built tough, these routers are made to handle continuous production for up to three shifts per day. The 900vs/ and 900vsx are capable of plunge routing and profiling inside and outside cuts in non-ferrous metals, plastics, composites, hardwoods, softwoods and man-made woods.

“One of the main advantages of a CNC Router is that the operator can handle the work-piece once, accomplishing multiple operations with several cutters without ever removing the work from the work holding fixture,” says the company. “When the pieces removed, it is finished.”

Other advantages include the time and cost-savings that come from a single, three-spindle, heavy-duty machine, rather than having to purchase and use two machines. “Two-spindle operations free one-third of your investment for another job.” It has a range of CNC machines from cast-iron fixed bridge, between table, single table and steel frame moving gantry models. All of C.R. Onsrud’s CNC Routers are customizable from a high-grade suite of options and configurations, and many also have twelve-position tool changers.

Perhaps the greatest tribute to the company is that many of the machines made by C.R. Onsrud years ago are still in operation, and serving the needs of customers with the same dependability as the day they rolled off the production line. Some, like the company’s Inverted Router©, are still being manufactured to this very day. And, although times have changed, the company’s commitment to quality as set forth by Oscar Onsrud and his son Rudy over 100 years ago remains. 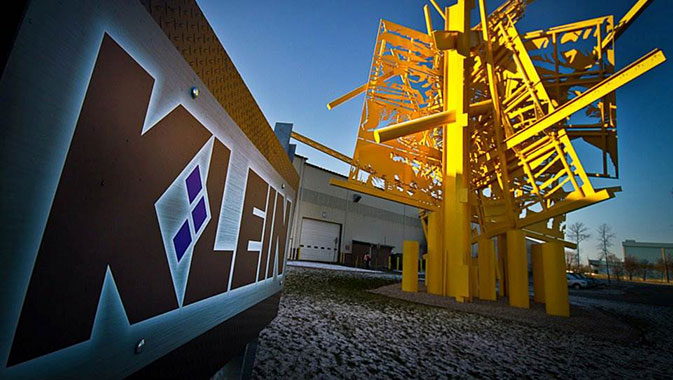 A Culture of Quality & Industry Leadership