City of Oshawa, ON 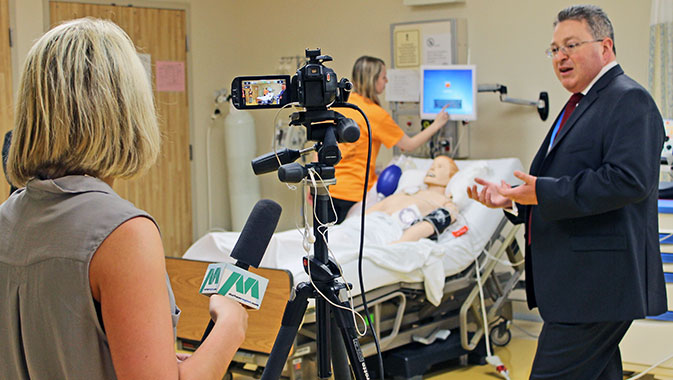 Long recognized as the Automotive Capital of Canada, Oshawa, Ontario, is a city in transition, with a diversity of key sectors propelling its economic engine forward. With a population of close to 160,000 in 2014, that number is projected to increase to over 177,000 by 2024.
~
Incorporated as a city in 1924 and once referred to as ‘The City in Motion’ because of its vibrant automotive industry spurred by General Motors of Canada – with which the city still maintains a strong partnership – the Oshawa of today affirms its commitment to both business and residents that they should ‘Prepare to be Amazed.’ And all for good reason.

As the largest municipality in Durham Region, Oshawa is strategically located on Lake Ontario’s shoreline, 60 kilometres from Toronto, Ontario’s downtown core. With excellent transportation infrastructure in place, Oshawa easily meets the needs of businesses and residents, and is one of the Best Places to Buy Real Estate, according to 2015’s Money Sense Magazine.

Although the automotive industry remains a key economic player in the city, specifically in research, engineering and the connected car, other key sectors such as healthcare and biosciences; education; energy generation; transportation and logistics; and information technology are all proving to be instrumental in further economic diversification.

Building on transportation assets
Formerly referred to as Port Syndenham after the late 1800s Governor General of Upper Canada and officially opened in 1930, the Port of Oshawa offers deep water port facilities to the St. Lawrence Seaway for inter-lake and overseas shipping. The Port has garnered commitment not only from the city to build on its economic significance but also from the federal government. It gained Port Authority status in 2012, validating its potential in attracting new business interests and meeting the demands of local industry.

“Last year we had the best year for tonnage ever at the Port of Oshawa,” says Mayor John Henry. “Last year was the first year that we’ve been able to get rail into the Port. Once the rail operations start to work in full, you’ll be able to bring product into Oshawa and ship literally anywhere where there’s rail in North America.”

In terms of rail capacity at the Port, a new $4.1 million rail spur, funded by the Port Authority and completed last year, along with a new $2.5 million cargo pad, enables the handling of larger amounts of cargo, a distinct advantage to capitalizing on the niche cargo market. And it is a huge cargo market indeed, estimated to be $23 million annually. The Canadian National and Canadian Pacific Railways provide freight service to accommodate freight from eastern Canada to regions in the southwest, western Canada and America’s Midwest.

The major 401 and 407 highways, major rail corridors and transit services provide access to points east and west of the city. Additionally, the regional executive level Oshawa Executive Airport, with its 4000 foot runway and Canada Custom Service, provides freight and corporate and executive air travel services. The airport is able “to take any aircraft that flies into Billy Bishop (Toronto Island Airport) or Buttonville (Toronto),” adds Mayor Henry. “It’s the 19th busiest airport in the country with no scheduled air service.”

City Manager Jag Sharma affirms that, “With all of our modes of transportation, I think it’s important to recognize the fact that Oshawa represents the opportunity to provide flexibility for transportation but also to help stay out of that significant congestion challenge that certainly is found in other parts of the Greater Toronto Area (GTA).” He adds that organizations can “make it to the GTA and around the GTA very effectively with all the different modes of transportation that we have.”

Diversification at its best
Mayor Henry shares that other sectors are instrumental in moving the economy forward. “We have an amazing healthcare component,” he says. Lakeridge Health, one of the largest community hospitals in Ontario, addresses the needs of those in Durham Region and beyond. Lakeridge Health Education and Research Network (LHEARN) is actively involved in research, attracting talent from across the country, and serves as Queen’s University’s family physician and pediatric residency satellite campus. In fact, Lakeridge Health is “recognized as one of the best stroke centres in the country,” the Mayor adds.

In addition, the Robert McLaughlin Durham Regional Cancer Centre, opened in 2007, enables the treatment of 95 percent of cancer cases locally. “We consistently rank in the top three for cancer care in the Province of Ontario,” adds Mayor Henry.

One can’t ignore the influential presence that Oshawa’s universities and colleges have in terms of providing an innovative, educated workforce. Oshawa is home to a number of post–secondary institutions including Trent University Durham; University of Ontario Institute of Technology; and Durham College. The Automotive Centre of Excellence within University of Ontario of Technology and the Energy Systems and Nuclear Science Research Centre (E.R.C.) are also proving instrumental in Oshawa’s future success. In fact, ACE is home to North America’s largest climatic wind tunnel and, “We also lead the world in hydrogen technology,” adds Mayor Henry.

“We have direct investment in the university and the college. As a municipality we’ve provided dollars to support them,” he indicates. The city has also participated in the process to create a new campus master plan for the UOIT and Durham College lands in the city’s north end. “We’re supportive of our corridor up by the university and college where we help to create some purpose-built student housing through incentives.” He explains that the city has a residential licensing by-law around the university and college area that protects both students and residents. “That was the first residential licensing by-law that’s been enacted in this country. Now other cities look to us for guidance and leadership in what we’ve been able to do.”

Oshawa has been able to attract a number of new businesses including Del Monte in the food processing sector and Triad Metals International, “who just built a 160,000 square foot steel fabrication plant in Oshawa,” says Mayor Henry. Examples of other companies attracted to Oshawa include Inuit Air and Optech Incorporated, a world leader in the manufacture of camera survey instrumentation for terrestrial and airborne mapping.

A vibrant, welcoming downtown
The Mayor shares that there are a number of downtown projects currently underway or completed recently to address the needs of this thriving segment of the city. Such projects as the Atria Development, a $60 million mixed-use 12-storey project with apartments, restaurants and stores, will bring a fresh presence to an already vibrant downtown. Also within the downtown, a new hotel was built last year – the La Quinta Inn and Suites – and a new Holiday Inn Express is expected to open in March 2016. In addition, the historic former Genosha Hotel is being re-purposed into a mixed use apartment building with ground floor commercials uses. One can see why Downtown Oshawa was named a Top 100 Neighbourhood for capital growth and investment in Canadian Real Estate Wealth Magazine’s annual neighbourhood report for 2016.

The Mayor also discusses Oshawa’s Plan 20Twenty, a community based plan in partnership with those who have businesses or live in the downtown core. The Plan is essentially a listening opportunity to revitalize the downtown area – to bring a sense of life and engagement to the area. “We meet regularly with the business community and the Chamber of Commerce on issues related to downtown,” he says. Revitalization comes in many forms – parades, theatres, patios, and places to sit alongside sidewalks are just some examples. “It’s becoming a really friendly people place to go.”

Mr. Sharma confirms that, “we’re investing in our arts and culture… [downtown] is really a significant investment, a significant strategic direction that Council is embracing to say the downtown is really important to us.”

The Mayor explains that, “the biggest incentive we’ve been able to offer is to eliminate the red tape.” A recent Costco project, for example, was completed on a former brownfield within the City’s Downtown Urban Growth Centre within just 16 months, meeting the developer’s deadline. “We don’t eliminate the rules; we make sure that it’s understood and we work with them. Whenever there’s a challenge, we work together to resolve that,” says the Mayor. “I’m happy to say that on the old brownfield on the edge of our downtown, we now have close to 700 people working on a space that used to collect dust a few years ago.”

Mr. Sharma agrees. “We’ve been complimented, on a few occasions now, by developers or builders that are telling the region or other municipalities how it’s not necessarily the speed at which they’re working; it’s the speed at which our staff are pushing them in order to make sure that we can get done on time or ahead of time.”

With development being carried out in every segment of the Oshawa marketplace including residential, multi-unit residential, seniors housing, and commercial and industrial spaces, Mayor Henry explains that, “We’ve always been under the shadow of being an automotive community, but we’re much more than that. We’re a community with high education, great quality healthcare [and] a dynamic downtown. I think people are now realizing that we’re an affordable community too… you can live in Oshawa, have the same lifestyle, probably a bigger house for a price which would be about one third of the cost of a home in Toronto.”

They’re smart and they know it
Oshawa has been recognized as a Smart 21 community for 2016 by the Intelligent Community Forum. There are six Intelligent Community Indicators determining how a community remains competitive and innovative through its future planning in light of quickly evolving environments, economies and patterns of urbanization.

Speaking about this recognition, Mayor Henry notes that the city’s downtown has a Core 21 facility, a dynamic environment for small businesses, entrepreneurs, community groups and others with a vested interest in their community, to meet and share insights and ideas. The Spark Commercialization and Innovation Centre, a free advisory service in partnership with the city, assists technology companies with coaching, incubation and support to realize their potential through advice on such matters as preparation and startup, marketing, and manufacturing, through the expert guidance of industry professionals.

Additionally, the recently opened space, The Loft, serves as an incubation space for entrepreneurs to work in partnership with the Spark Centre to expand their networks and communicate with other like minded entrepreneurs and business leaders. Says Mayor Henry, “The Loft is a centre for entrepreneurs, for young people, to come together to work on their ideas in a professional environment. I think that was the real key to the start of the change… some of the businesses that have started up through these hubs have gone on to do some really exciting things.”

He also believes that, “I think for us, being a city that’s alive, that has a great educational component, places for people to go and work in our downtown or anywhere in the city through one of the universities or colleges, all becomes part of that Smart 21 community… it was all of the pieces of the puzzle coming together that got us to be one of those communities.”

Concluding, Mayor Henry affirms that for any business looking for an amazing environment, with affordable housing and a great place for their children and their employees’ children to get a quality education in a safe community, “Oshawa is your place.” 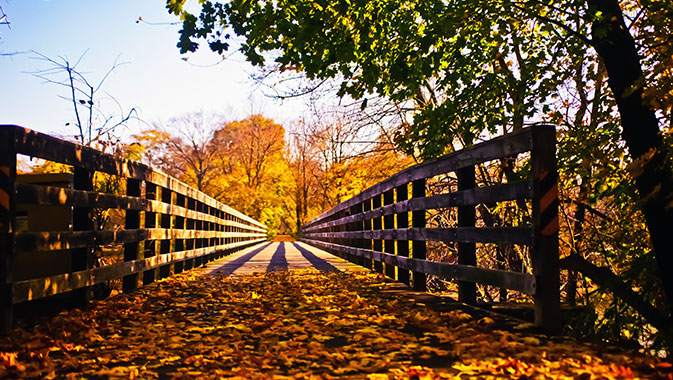