The Changing Roles of Corporate Leaders 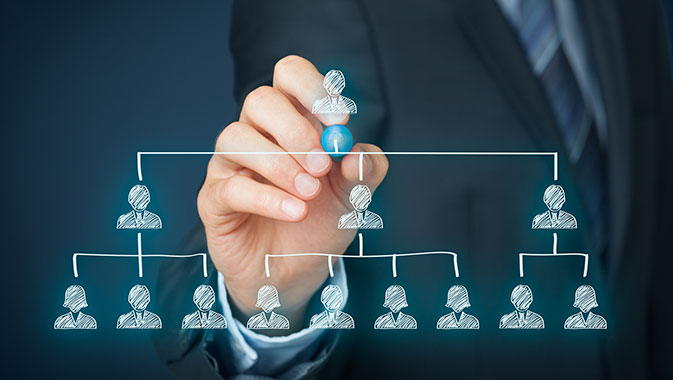 “Becoming a leader means choosing to inhabit a new role – it means thinking and behaving differently, and rearranging your priorities. It means you can’t be a bystander in your organization. You must step up and roll up your sleeves to make things better every single day. That’s the obligation leaders take on whether they are aware of it or not.” – Vince Molinaro
~
When one thinks of a leader, what often comes to mind are some of the most prominent names in history – Alexander the Great, Lincoln, Patton, Churchill, Martin Luther King Jr. – the list is extensive, and certainly includes present day figures. What conjures up images of a great influential leader, past or present, is very subjective, dependent on the mind behind the reasoning.

Leaders may be cut from different cloths, but there is one common thread they all share – that of being an influencer, a strategist, and a visionary who can challenge the status quo and bring about change for the betterment of all. Corporate leaders are no exception, nor should they be.

There are those who adhere to the adage, ‘Leaders are born, not made.’ This is certainly not the stance that Dr. Vince Molinaro, PhD, Global Managing Director, Strategic Solutions at Lee Hecht Harrison cares to share.

In his opinion, “If you kind of assume that leaders are born, then what ends up happening is you really restrict the pool of potential leaders,” he says, explaining that leadership capabilities are not a magical trait that only a special few possess. “So to me that’s not a good position to start from. If, on the other hand, the position is that leaders can be made, then it opens up a lot of opportunity.”

If an individual has the motivation, self awareness and the preparedness to work hard, “then a lot of people can be much better leaders than they are today. I think that’s how we have to think about it,” Molinaro explains.

Even those who are viewed as introverts have the capacity to be great corporate leaders if they’ve learned the art of “connectedness” and have developed the skill set to reach beyond their own personal space to reach out to communicate with others. “Connecting with people isn’t so much about being this extroverted larger than life personality,” says Molinaro. “It’s really about understanding how you connect with people at a one-to-one level or in small groups. Someone that’s an introvert needs to understand that that’s part of the territory, part of the requirements of the role.”

He further explains that good corporate leaders do require some charisma and the capacity to connect with contacts – customers, stakeholders, employees, and communities, affirming that, “I think sometimes introverts confuse things in thinking they have to be like extroverts. That’s not the case.” Molinaro believes that introverts can be effective leaders and that, “introverts are thoughtful. They’re often deliberate. They think about things before acting and talking, whereas extroverts are more impulsive at times. And that, sometimes, is not good for leadership.”

Seeing opportunities and being accountable
Effective corporate leaders take a realistic view of their industry and their environment and seize opportunities to build a great company by converting ideas into actionable plans that can be executed by themselves and others. Engaging others in these plans is important since they will be the ones carrying out the plans.

It’s the ability to, “create a great environment where people feel like they can be their best. Invest in them, support them, encourage them,” adds Molinaro. “But also hold them accountable. I think a lot of leaders shy away from being truly accountable. I think that’s the other quality that’s critical to great leadership.”

The biggest influence and subsequent impact to effective leadership is experience. But the degree of impact from experience is a determinant of an individual’s ability to be reflective, to take a look back in understanding lessons learned and how these lessons shape and influence the future. “Those experiences do shape corporate leaders in a very strong way,” adds Molinaro. “But a lot of leaders aren’t aware of that. They don’t take time to reflect on how those experiences have shaped them.”

And, as always in life, there are mistakes to be made and lessons to be learned. It is during these times that a leader will be truly tested – will be truly challenged. “It’s not easy being a leader. It’s a very demanding job,” continues Molinaro. “There are a lot of things you don’t control. You’re not going to get it right 100 percent of the time.” It then becomes a matter of questioning one’s ability to turn a negative situation into a positive one and asking one’s self if there is the necessary capacity for resolve and resilience for successful outcomes.

Globally, technologically and culturally literate
Globalization and the technological revolution have created additional demands and accompanying pressures on today’s corporate leaders. The world is a different place with different needs and expectations.

Globalization brings, “more complexity,” says Molinaro. “It increases the competition because the competition isn’t just down the street anymore. It’s anywhere around the world. It means that you have to have a much broader outlook on your business and a much broader outlook on the world. You’ve got to be globally and culturally literate, because you’re going to be working with people who are wired differently, who bring a different cultural perspective to things.”

He also shares that technological innovation is inherent and, “really drives the pace of change.” Social media plays a pivotal role in how a leader or corporation is perceived, in a positive or negative way, creating a new challenge for leaders to actively engage in social media to leverage technologies and to, “promote their companies and promote themselves.”

Importance of leadership development
But it’s not only globalization and technological innovation that is changing the model of leadership. “It’s also the shifting population demographics,” Molinaro asserts. He maintains that the influx of millennials into the workplace is creating additional pressures on leaders. Millennials expect to work in conjunction with great leaders. Previous generations such as Baby Boomers and Generation X lived in a time where there wasn’t as much expectation for working with great corporate leaders. Acceptance of being under the management of ineffective poor leaders was tolerated, was the norm.

Today’s millennials have a discrepant view of leadership. They perceive ineffective leaders as the basis for seeking employment elsewhere. They won’t adhere to such forms of incompetency.

“The model of leadership has changed,” says Molinaro. The past model was comprised of one or two individuals at the head of organizations that made decisions, and those decisions were carried out. “Today the world is more complex. You’ve really got to tap the leadership ability and the number of people across the company. So it’s this idea of leadership being strong, not just in one individual at the top, but at all levels. That’s why leadership development is such a priority for a lot of companies.”

Gauging success and striving for accountability
Today’s corporate leader has to be adept at measuring the successful implementation of his leadership. Some tools for measuring success are tangible, concrete and quantitative indicators such as a corporation’s success, hitting planned goals or meeting or exceeding quarterly forecasts. These are examples of some measurements, but certainly not the only indicators.

Qualitative measurements have a critical role to play as well. Such things as high employee engagement, a great corporate culture, building strong relationships with supply chains, partners, stakeholders and a sense of social responsibility will define a leader’s, and ultimately, a corporation’s success.

Fundamentally, the key measure of real success is questioning whether leaders have left their organizations in better shape than they were previously and whether these organizations will be in a position to carry on once leaders leave. If the answer is ‘yes’ to these questions, then leaders have proven their abilities and have done all the right things expected of them. It involves a continuous commitment to, “build leadership in others so that they can carry on without you,” continues Molinaro.

He continues to elaborate that, “leadership development is absolutely critical. It’s preparing leaders to be successful in the present, but preparing them for the future as well. Why is it important? Because the model of leadership is more distributed. You need a strong leadership demonstrated at every role. You need to invest to keep people strong.”

A leadership role is a commitment
Molinaro suggests that there are some individuals who shouldn’t be in a leadership role. Those who perhaps step into the role for its monetary advantage or the extra perks that come with the role, but whose ambition or heart just isn’t in agreement, probably shouldn’t make the commitment. They should consider adding value elsewhere within the organization.

But for those who do, it’s an important commitment with an agreed upon contract. It’s a deliberate decision to affirm a willingness to be a great leader who’s truly accountable to everyone in an organization.

Summarizing the role of an effective corporate leader, Molinaro suggests that, “I think a big part of leadership is having the ability to create something out of nothing.” Countless companies began as an idea with an accompanying passion and disciplined approach to innovation that’s been showcased over and over in the economic arena. It’s a given that this is not going to change any time soon.

For this reason alone, “We need leaders to come and bring us things that we’ve not thought about before,” asserts Molinaro. “That can create new products, new services, [and] new companies that help make the world a better place. I think that’s an attribute worth talking about.” 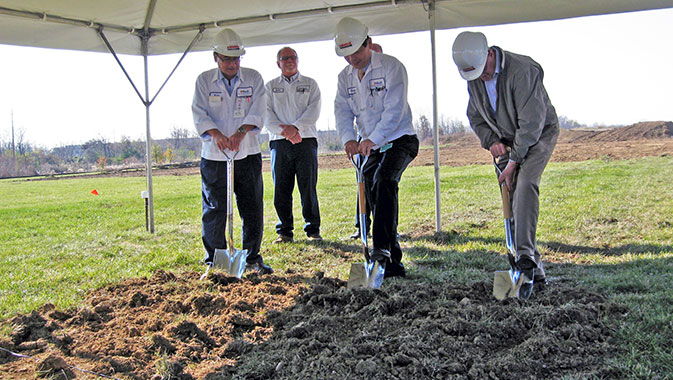 County on the Rise