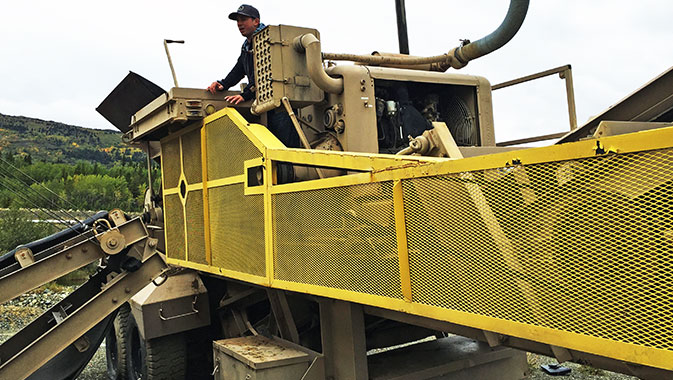 While financial strain has caused many junior companies in the mining industry to halt their projects, African Queen continues to invest in its purpose.
~
Despite the industry’s economic downturn, Canadian mining companies have maintained their position as international leaders in mineral exploration and development. Canada’s reputation stems from the country’s vast wealth of natural resources and its long history of their extraction together with exploration activities around the globe.

Olian is well known for his role with Pan African Mining Corp., having turned a $25 million investment into a company that sold for a valuation of $141 million. Olian founded Pan African in 2003 and served as the company’s CEO and Chairman until its acquisition by Asia Thai Mining Co. Ltd. When Asia Thai acquired Pan African’s Madagascar-assets in 2008, Olian spun its other properties into a new company, African Queen Mines Ltd.

The last quarter century has seen rapid changes in the free flow of goods and services, morphing many industrial markets into one international economic system. Though the shift toward globalization has stimulated the economic growth of our nations, industries have become susceptible to economic trends that cause shifts in global supply and demand. The volatility of the global economy has caused a slump in the mining industry, reflected by a steep drop in commodity prices.

The price of gold has plunged since its peak in 2011 at US$1921.50 per ounce, and its downward trend impacts the entire sector, as it tends to reduce the availability of funding for most players in the industry. Weak equity markets and limited access to capital put downward pressure on junior miners, who rely largely on financing to keep operations moving. “Gold has been in a bear market for several years,” Olian says. “Investors don’t want to tie up a lot of capital if the trend is going in the wrong direction.”

Olian, an industry veteran, understands the cyclical patterns of the sector’s economic climate and knows how to navigate its difficult financial environments. “Four years ago, we saw that [the price of] gold had started a precipitous decline and we became very conscious of the fact that financing was beginning to get more difficult.”

To protect African Queen and its shareholders, Olian executed a thorough evaluation of its expenditures, which led to a series of cost-cutting decisions in preparation for what the company perceived as a long-term recession in the industry.

The plan’s initial phase entailed cost reductions in every area of the company, from salaries to office space, followed by project prioritization, and essentially, the disposal of non-core assets.

African Queen’s portfolio originally comprised diversified resource properties in Africa, including the Noyem-Nyanfoman Gold Project in Ghana and the Odundu Project in Kenya’s Rongo Gold Fields. In January 2015, African Queen sold its property in Ghana for U.S.$1 million, which secured the company’s ability to operate debt-free during this period of financial tension. By the end of the year, in December 2015, African Queen announced that it would pull all operations from Kenya, furthering the company’s plan to prioritize its exploration spending and terminate projects that did not warrant continued operational expenditures.

Though the company’s decision to abandon its projects in Kenya was certainly part of its cost-cutting agenda, Olian says the real catalyst for dropping the Kenyan projects was the country’s high level of political instability and terrorism. Kenya’s recent elections also stimulated significant amounts of local violence, which threatened the safety of technical and geological staff. “If it’s an unstable political or social environment, that makes it almost impossible to have a successful commercial project,” he says.

The company opted for a safe jurisdiction with a constructive mining culture when it acquired its latest property, which marks the company’s first operation on domestic soil.

Located in Atlin, B.C., one of the most noteworthy gold camps in Canada, the Yellowjacket Gold Project covers approximately 79 square kilometres of the Pine Creek Valley – the site of a historic placer gold rush in the late 19th century that has already produced millions of ounces of gold. The project’s main mineralized zone of interest, the Yellowjacket Zone, rests along one of the most prominent structures of the Atlin mining camp, the Pine Creek fault.

Fionnuala Devine will serve as the project’s Senior Geologist – and she brings a wealth of experience.

Devine has spent fifteen years in the field, working around the world with some of the biggest mining companies in the industry. As a resident of the area, she has always maintained a deep interest in the Atlin mining camp and has conducted extensive research on the Yellowjacket Property. Devine’s local knowledge and expertise in geologic mapping and modeling make her an invaluable asset to the development of a new geological model of the region.

“As we understand the Pine Creek fault zone better and the structures within that fault zone, we’ll have a better idea of what we’ll be looking for and how we’ll place those other occurrences of known mineralization within our larger structural model,” explains Devine.

“It’s important that junior companies advance their projects as far as they can as fast as they can,” Olian says. “That’s what we did in Madagascar and that’s what we’re going to do here.”

To secure a source of cash for ongoing and future exploration, African Queen pursued alternative financing and recently entered into a royalty agreement with placer mining expert, Matt Norris. In April 2016, Norris’ placer mining group will start to process gravels on designated areas of African Queen’s ground and provide the company with a 10% gross royalty on all of the gold produced. African Queen expects the deal to provide a source of cash by the summer. Devine says the geological team will also benefit from the arrangement, as she expects the group’s operations to expose a large portion of new bedrock.

The Yellowjacket Gold Project has passed through several hands before it landed in African Queen’s portfolio, a common process in the industry. To date, previous groups have collectively invested U.S.$17.5 million into the project. Prior drilling and excavation results indicate that there is still a lot of gold on the property. “It’s good to be a little later in the game on a property like this because we have the opportunity to expand on what’s already been done,” says Devine.

Acquired projects in the industry tend to come with a long history of operators, which makes the fourth or fifth company on a property more likely to really reap its benefits. “That’s what we’re hoping to be the case here,” Olian says. “I view the opportunity at hand as a very exciting one.”

Olian anticipates the market will slightly improve, which will give the company access to the capital it seeks for the coming year. African Queen plans to initiate a 5000-metre drilling program on trend to find other zones that host commercially viable accumulations of gold. The exhaustion of current gold mines, lack of exploration spending, and explosion in population growth worldwide are only some of the factors that will see gold fulfill its cyclical destiny.

Devine, intrigued by the project’s unknown source of gold, will reach out to her broad network of academic specialists as she tries to answer some of the property’s long-lasting questions. She says that mapping the area is critical and efforts will be allocated toward many initiatives in addition to drilling. “We want to understand things first and bring the latest economic geology research to the project as well.”

African Queen’s stock traded between 50 and 75 cents for two years before the industry crashed. Today, like many junior mining stocks, the company trades at a tiny fraction of its long-term value.

“I think there will be a lot of money made on these kinds of stocks in the future,” Olian says. “The one thing that has been certain for thousands of years, the one truth, is that no commodity, no market ever goes in one direction forever. Every bull is followed by a bear, and every bear is followed by a bull.” 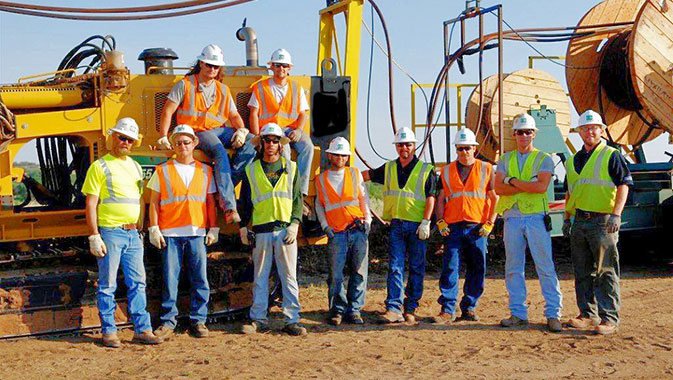