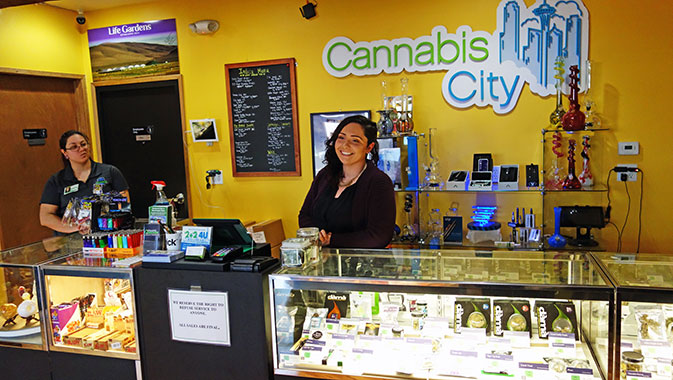 Opening on July 8, 2014, Seattle-based Cannabis City made history when it became the first outlet to sell marijuana products legally in Washington State. For the hundreds of customers who lined up down the street and around the block to be among the first to purchase flowers, concentrates, edibles, pre-rolls and other items, the excitement was palpable. For Cannabis City’s owner James Lathrop, it was the culmination of many years of hard work.
~
“The very first purchase of marijuana, interestingly, was by a sixty-five-year-old marathon-running grandmother from Ballard named Deb Green,” says Lathrop. “She actually camped outside my store for twenty-three hours, and she brought a book, a hat and a chair, and she camped out like it was a rock concert.”

Green’s purchase – with the acceptance letter from what is now the Washington State Liquor and Cannabis Board, awarding Lathrop number six out of twenty-one retail licences – is housed in Seattle’s famous Museum of History & Industry (MOHAI) on Terry Avenue North.

“Even though there have been marijuana sales as medical – that is for patients and there is a specific qualification there – so, this is basically the very first legal purchase of marijuana that has ever happened in Seattle, since 1937 at least.”

The media attention outside Cannabis City was, in a word, frenzied. Television crews, newspaper reporters, and even international press covered the grand opening. In the news for months before opening its doors, the big day saw headlines like, ‘Seattle’s First Pot Shop Opens for Business in SoDo.’

Unlike other businesses which do not have to deal with tight state laws and regulations and overwhelming demand, the small industrial-area shop soon ran out of product, with stories of ‘The only pot shop in Seattle sells out’ making the news. Today, more than a year and a half after opening, Lathrop looks back on the beginnings of Cannabis City, the challenges he has faced and the future of the unique enterprise.

At the time Cannabis City opened, Lathrop – a successful entrepreneur whose experience includes operating commercial rental properties, a bar and restaurant and music festivals – downplayed his medical background for his fifth business. Lathrop, as well as being a businessman, is a doctor of nursing practice (DNP) who completed both his undergraduate and graduate studies at Seattle’s prestigious University of Washington and has been a certified family nurse practitioner since 1997. He combined emergency and urgent care with holistic and herbal therapies. With an in-depth knowledge of medical marijuana and a license from the Drug Enforcement Administration (DEA), he had been running his own clinic for the past five years that was concentrated on evaluating qualifying patients for a medical marijuana authorization.

“Because of the complexity last year, I was hesitant to discuss my medical background,” comments Lathrop. “Today, the stigma has dropped away some, and we are at the beginning of a normalization of the environment.”

He immersed himself in learning as much about the substance and its uses as possible. Between 2005 and 2010, there were 20,000 published articles on medical marijuana, and it was this “tsunami of literature,” that inspired him to open Cannabis City.

Lathrop was among the state’s 334 marijuana license lottery winners in securing a retail license. That was only a small part of the battle, as he was required to have a store location before even being eligible for the licensing lottery. “Zoning regulations were the biggest challenge, and the second-biggest challenge were the taxation issues,” he says.

The now-historic law, Initiative 502 (I-502), passed in 2012 and ‘legalizes, taxes, and regulates marijuana for adults age 21 and older.’ Under I-502, three marijuana licenses can be issued: producer (grower), processor and retailer. Unlike Colorado, however, no principal can hold all three licenses in Washington State, limiting applicants to licenses as a retailer or producer/processor.

Other challenges –among many – facing applicants for a retail marijuana store are acceptable locations. At the time of Lathrop’s application, stores could not be set up ‘within 1,000 feet of any elementary or secondary school, playground, recreation center or facility, child care center, public park [including dog parks], public transit center, library, or game arcade that allows minors to enter.’

The sheer logistics of being 1,000 feet – slightly less than the length of three football fields – removed from schools and other off-limit areas presented an enormous challenge for Cannabis City, as it excluded much of the downtown area of Seattle. The only available option was the city’s industrial zone south of downtown, which was largely devoid of both retail stores and residents.

He spent about six months calling locations for sale or rent; many of them were reluctant to have a marijuana shop as a tenant. Lathrop eventually found a small site in a 630-square-foot shop that had to be gutted. Before opening, Cannabis City needed to be outfitted with security cameras indoors and out, an alarm system and the window was required to be occluded, so passers-by could not see inside.

“The problem with this is that it contributes to the stigma there is something bad or wrong going on inside, unlike a liquor store or a bar that has signs, and you can see people inside, and they are happy and buying things, and it’s bright and looks inviting,” states Lathrop of Cannabis City.

Inside the shop, marijuana products – which can only be purchased products from producers who are licensed by the Washington State Liquor and Cannabis Board – are sold in varying amounts up to an ounce, the largest quantity that can be had in a single purchase. All have to be individually packaged, bar-coded, quarantined under camera for twenty-four hours and tracked from seed to final sale, which adds considerably to the cost. Moreover, while customers are allowed to use ‘smell jars’ with small holes in them to get a better sense of the product, they must see it through plastic packaging. “It is definitely a very different way of getting marijuana than what people are used to.”

Under the I-502 law, Lathrop, as a retailer, cannot also be a grower or a processor. If he had been permitted to grow, supply would have increased; instead, with only a few growers licensed by the time of opening, not much product was available.

“I had ten pounds of marijuana the day we opened, and I went through that in two and a half days,” he says. “There was massive attention. We had lines down the block and around the block, thousands of people, so we restricted our sales and allowed people to buy only one gram of marijuana at a time.”

Cannabis City is also required to pay federal tax. Although taxes were removed from the grower and the processor in July of 2015, the retailers’ tax was raised from twenty-five percent to thirty-seven percent plus the 9.6 percent tax at the point-of-sale. “More than a year later, it is still an incredible struggle to make a retail store like this actually work in Washington State,” he says.

Despite years of challenges, Lathrop welcomes the future of the legal marijuana business in Seattle and believes that educating the public with the knowledge he has gained from many years in healthcare will be a tremendous asset. “I have extensively read the literature on the product, and so my personal background is very deep into the science of it,” he says.

Flying the state flag outside the store to signal it has product inside, Lathrop is proud that the business has had the flag raised continuously since February or March of 2015. “My intention is to make Cannabis City the place to go to where you will get educated. If you are a neophyte, this is the place to go, where it is very comfortable to go.”

Lathrop is looking to acquire two more licenses and two more locations (three is his legal maximum), preferably in good retail zones. Much like coffee giant Starbucks, which also originated in Seattle, he intends to keep the first Cannabis City store as a tourist destination. 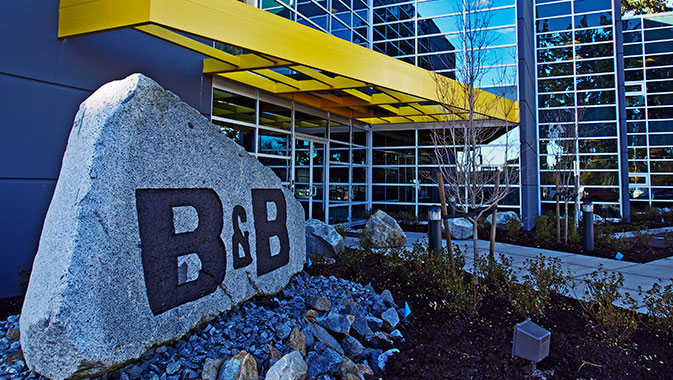