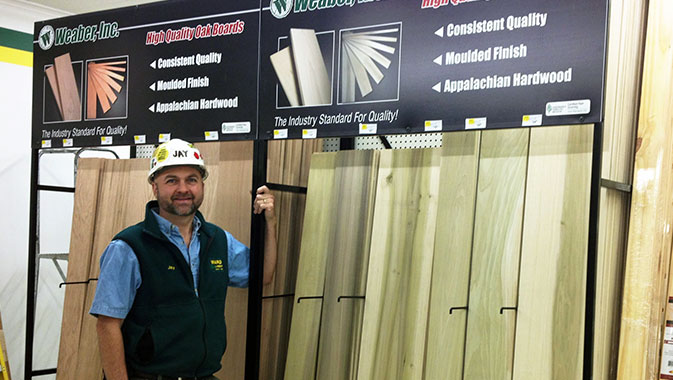 In 1890, John Ward launched a small sawmill to serve his fellow farmers in the North Country. 126 years later, the fourth generation of the Ward family is still at the helm, serving upstate New York and beyond.
~
Ward Lumber’s business has grown steadily over the years, developing both a manufacturing division and a building materials division. About 3% of the company’s raw materials are sourced from its 6,000 acres of timberland, while the remainder is procured from logging contractors and private landowners. “There is $2 million worth of economic impact from those log purchases alone, the bulk of which goes into Essex County, as well as the surrounding counties,” says President Jay Ward.

Ward Lumber’s manufacturing division operates one of the largest sawmills in New York State, as well as dry kilns for drying the cut lumber and a planing mill that transforms the seasoned boards into a finished product, which the company can deliver throughout the northeast in its own tractor-trailers. Ward Lumber also runs a full maintenance shop in order to keep its manufacturing equipment and fleet in tiptop shape.

The company’s building materials division operates lumber yards and hardware stores that sell everything from livestock equipment and feed to lawn and garden products, in addition to lumber.

Owning and operating a business in the North Country takes the fourth generation challenge to the next level. “We are in the Adirondack Mountains, in a unique park that it is private and public land,” Jay explains. “Six million acres in a very rural area with very few people. We are the second largest county geographically in the state, but we only have 36,000 people. There isn’t a lot going on here compared to counties down near New York City and Boston. Growth for any business is a challenge, but in the North Country it is particularly challenging because we don’t experience the same economic highs as the rest of the world. We are in the trough most of the time.”

Diversification has been a key strategy to overcoming the challenges of doing business in the North Country, as well as helping the company to endure for four generations. Over the decades, the Wards have been willing to try their hand at a wide range of ventures loosely related to the lumber and hardware industries, from construction to livestock equipment supply. “Growth has been through diversification primarily,” Jay reports. “In a small market like this, one has to do a lot of things in order to create an income – and that is not just as a business but as individuals. Most people in the North Country have multiple sources of income to piece it together.” How do Jay and his co-owner brother, Jeff, make diversification decisions? “It is a combination of personal interest, evaluating the market to see if there is a demand, a general gut check, and a little bit of prayer.”

While the family’s business strategies are certainly a crucial component of lasting success, Jay is quick to point out that Ward Lumber owes its longevity to its employees. “First and foremost, we have always had a great employee team. Nothing happens around here without that team. That is really where the credit belongs. It really is the people who make Ward Lumber what it is.”

The Wards make it a priority to create a positive work environment for this dedicated team, and creating a strong safety culture has always been a core part of that effort. “We have a very strong safety focus,” Jay says. “There is the saying, ‘safety first’. At Ward Lumber my saying is ‘safety first, last, and always.’ That is a strong, strong, piece of our philosophy.”

Building on a strong foundation
Jay credits previous generations of Wards for the company’s lasting success. “The third generation gave us a heck of a foundation to grow from. So I give my parents and grandparents a lot of credit. They worked extremely hard and put down some serious roots. We learned a lot of great things from our previous generations.” Jay and Jeff’s grandmother, Agnes Ward, worked at the company from the day after her wedding until she was well into her 80s. “She was a model of work ethic and dedication,” says Vice President and CFO Debby Straight. Jay adds, “She formed a lot of my business philosophy and who I am as a person.”

Agnes’ memory is honored in Ward Lumber’s Agnes Award, which recognizes dedicated, detail-oriented employees who boast outstanding longevity with the company. The company’s two recipients, Rolland Tromblee and Cathie Brewer, have each worked for Ward Lumber for 39 years.

Agnes’ legacy is also seen in the company’s commitment to the community. “She was such a wonderful, giving woman,” Debby remembers. “She helped this community in so many ways – and she did it privately. She wasn’t looking for fame or a pat on the back.” Because of this example, “Ward Lumber is a very good corporate citizen, very community minded, very charitable.”

The company’s commitment to the environment showcases these characteristics. Ward Lumber manages its timberland responsibly, using rotational harvest methods and leaving 70% of the trees standing after each harvest. “We are looking at that timberland as a very long term asset,” Jay explains. “So it is a very selective harvest.” So many trees remain after each harvest that the forest reseeds and regrows naturally.

In addition, Ward Lumber has found ways to utilize timber byproducts, so that no part of the tree goes to waste. “When I was 16 years old, one of my jobs was to drive the dump truck to take sawdust and bark and different byproducts from our sawmill to the landfill,” Jay remembers. “We would just dump it.” The company was wasting an incredible amount of potentially useful product. “When you are doing millions and millions of feet of lumber as we are, that is a lot of byproducts. Today all of those byproducts are used in one form or another.” Woodchips go to make high quality paper. Bark goes to landscaping companies. Sawdust and shavings are used for animal bedding.

Any byproduct that cannot be used is burned in a massive boiler that heats the dry kilns. “It would take 250,000 gallons of heating fuel to create the same amount of energy to run our dry kilns,” Jay reports. The company also has a ‘no idle’ policy to conserve fuel and prevent excess pollution. In addition, Ward Lumber is an active recycler. “We were one of the first in the North Country, and the first in Essex County, to adopt a zero sort recycling program, which meant we could really step up our recycling efforts and reduce our waste stream.” To make this initiative happen, Jay had to get up close and personal with the company’s trash. “I spent some time really evaluating our waste stream. I spent some time physically in dumpsters, going in there and pulling out product and figuring out how we could reduce the waste or reuse it or recycle it. My goal was to reduce our waste stream by two-thirds.” Ward Lumber has met that goal, and is eager to reduce, reuse, and recycle even more waste.

After four generations of Wards at the helm, the jury is still out as to whether or not the fifth generation will take over the family business. Jay and Jeff both have children, but the family is not putting any pressure on them. Instead, the brothers are approaching the future the same way their parents did. “Our parents gave us a choice whether we wanted to be in the business or not; there was no pressure. They said, ‘if you want to come back, it will be here.’” Jay went out into “the real world” and earned valuable experience before returning. “I learned a lot and had a great career and then realized that I wanted to come back. The fact that it was a choice that I made gave me ownership in that decision. I think that was really important.”

Final decisions regarding a fifth generation takeover are years, even decades, away. “They are still young,” Debby points out. “They have lots of time to think about it.” In the meantime, the fourth generation is eager to continue building on the foundation that John Ward first laid 126 years ago and deliver reliable service to their North Country neighbors. 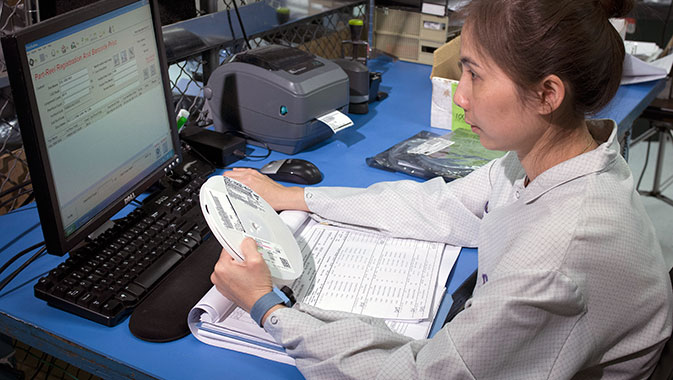