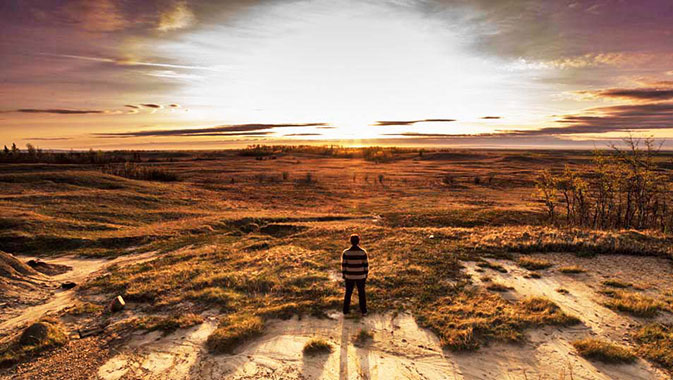 Home to 27,000 and growing, the County of Grande Prairie is part of North America’s Great Plains region and has the distinction of being established as Alberta’s first county in 1951. Located approximately 460 kilometres northwest of the provincial capital of Edmonton, the county is in the southern portion of the Peace River Country and shares a border with British Columbia.
~
Alberta’s first Premier, Alexander Rutherford, was credited as saying: “We have no pessimists in Alberta – a pessimist could not succeed. We are optimistic and always look on the brighter side of affairs.”

Back in the early 1900s, Rutherford believed that the spirit of optimism and the striving for progress made for healthy individuals and healthy communities – the precursors to stronger economies that foster an exceptional quality of life.

That same spirit of optimism and conviction expressed by both Rutherford and King, along with diligent planning for its future, enables the County of Grande Prairie to be one of the fastest-growing regions in Canada.

With almost 6,000 square kilometres of forest and prime farmland, the County of Grande Prairie is resource rich in its forestry and agricultural sectors. A number of other key areas also propel its economy forward including energy, manufacturing, tourism and commerce. The county serves a substantial trade area of 260,000 residents in the Peace Country.

“Agriculture is a huge portion of our economy. We have some of the best crops in the world for certain products [that are] high quality.” He also says that the energy sector is, “predominantly gas-driven here, not oil. So we haven’t been as affected by the downturn in the oil prices… Sixty-eight percent of all active drilling rigs in the country are in the Grande Prairie area.”

He also acknowledges that “2014 was an amazing year for this region. But a lot of our sales for 2015, for example, were on par with 2013 numbers. There wasn’t a big drop. People are a little bit cautious, but optimistic as well.”

Currently, the county’s area of focus is on retail, commercial and residential development. “A lot of our long-range planning has been done in advance, so things like zoning and area structure plans are already completed for a large area of land.”

Those mandatory processes stipulated by the provincial government have already been completed by the county, “so it fast tracks the process for a developer coming in,” he says. “Typically it’s less than forty-five days for development permits and building permit approval. We can turn around an application in as little as one day if the zoning is already in place and development is approved.”

Regarding utility infrastructure, the county has a huge advantage in the capacity for growth of its regional utility company. “We have Aquatera as our utility provider for water and sewer, so water and sewer isn’t a huge issue, which it is for a lot of municipalities,” adds King.

The county’s strategic location is complemented by efficient transportation systems including CN Rail which has connections to the ports of Prince Rupert and Vancouver and beyond. The city of Grande Prairie’s Regional Airport, the fourth largest in the province, provides passenger and freight services to locations throughout Western Canada. Major provincial highways – the 43, 40 and 2 – connect the county to northern British Columbia, the northern Peace Region and Edmonton.

The county is also part of the 1,175-kilometre Canamex Trade Corridor established under the North American Free Trade Agreement. The corridor is an efficient system of multi-lane provincial highways connecting local businesses to markets in the United States and Mexico via the Coutts, Alberta border crossing into Sweetgrass, Montana.

The County of Grande Prairie has several industrial and business parks along with heavy industrial sites. These vary in size and service levels but most have rail or highway access. “We have 3,950 acres of land that’s been identified for commercial and industrial development… Most of that is alongside highway 43 or highway 2.”

It is not only the county’s lack of provincial sales tax and the lowest combined federal and provincial corporate income tax in the country that is attractive to business. There is also “the stability of our local economy,” says King. “Through the 2008 recession, the County of Grande Prairie grew by 46.8 percent. That’s pretty substantial outside of a recession let alone through a recession.”

The County of Grande Prairie engages in the popular Growing the North Conference, a forum that attracts business and community leaders from Western Canada to discuss the potential for economic development. “We’re very active with putting on the Growing the North Conference, which is when we host locally here to highlight the opportunities in northern Alberta and to some extent the northeast British Columbia region,” King says. “We participate at a number of other national and international events looking at commercial investment attraction [and] retail development attraction.”

Due to its stable and growing economic base, the county’s residential sector has been experiencing tremendous growth in recent years. The development of the county’s Clairmont hamlet, ten kilometres north of Grande Prairie on Lake Clairmont, has been in the planning stage since 2010.

Currently farmland, the development will include residential, commercial and parkland spaces and a vibrant downtown core. It is anticipated that once developed, Clairmont Heights will be a centre of activity for business and residents needs that will eventually lessen the requirement to commute to Grande Prairie.

This new development will be, “About a thousand acres of retail and neighbourhood commercial and about one hundred acres of high-density mixed-use commercial, minimum four-storey structures,” adds King. Recently it was announced that, “We have two commitments. One is for an eight-storey building, and the other is for a ten-storey build.”

Servicing will begin this year and roadway construction is scheduled for 2017. It is anticipated that in fifteen years, Clairmont Heights will be completed and will add 20,000 residents to the community with its downtown bringing a good quality of life through its numerous services and amenities.

The County of Grande Prairie works closely with the Peace Region Economic Development Alliance (PREDA). The alliance was incorporated in 2000 and is comprised of a group of thirty-seven municipalities, businesses and educational institutes committed to the economic development of the Peace Region.

Such partnerships are important to the county, says King. “We work with a lot of our regional partners to ensure that a lot of our smaller neighbours don’t suffer economic disadvantage through the nature of being small. I think we’re all familiar with towns that were thriving back in the forties or fifties that today are ghost towns. We want to make sure that doesn’t occur. We don’t want to see the urbanization – everybody moving to the big cities.”

This strong partnership with PREDA helps ensure smaller communities remain self-sufficient and economically viable. “That’s why we participate in that,” he says. “And certainly we add benefit to that.”

In 2014, Grande Prairie’s city council approved its first open data policy, an information portal that will enable innovation and accountability between local government, business and residents. It may prove to be a useful tool for both developers and businesses with its information regarding data such as zoning designations.

The County of Grande Prairie also participates in open data. “We’re hoping to see, as we move forward with it, is that, in the future, there is just going to be more data available for business purposes.”

The county has taken a proactive approach to address its growth and the subsequent needs of both business and residents by engaging in new development throughout the region. Such projects as the planned 107-acre multi-modal logistics centre, located in Clairmont’s industrial area will enable the county to become a hub for the north and will offer a competitive advantage for rail-to-truck services. The hub will be located next to CN Rail and highways 43 and 2.

The $622 million Grande Prairie Regional Hospital began construction in 2011 and is expected to be completed in 2019 to provide high-quality healthcare services to Alberta’s growing northwest communities. The area’s current hospital, the Queen Elizabeth II, opened in 1986 and is anticipated to undergo renovations in the future.

In 2013, the $37 million Crosslink County Sportsplex opened in Clairmont. This nearly 160,000 square foot facility includes three running tracks, a fitness center, two ice arenas, a soccer field and retail amenities. Close to thirty percent of the facility’s cost was funded by the Municipal Sustainability Initiative (MSI), a grant enabling project development that is deemed crucial to community economic prosperity and quality of life.

The $35 million, ten-acre, Philip J. Currie Dinosaur Museum is located near Wembley, ten kilometres outside of Grande Prairie. The recently-opened museum is considered one of the best in the world and is a testament to Alberta’s rich palaeontological history and the spirit of optimism in Alberta. Most of the cost for construction came from the county, local government and the city. It is expected to draw thousands of dinosaur enthusiasts each month.

King concludes that what makes the County of Grande Prairie so attractive for business and residents is, “the stable economy, the relatively large trading area and the cost of living,” which he indicates is less expensive than Edmonton or Calgary. “There’s lots of opportunity and a stable economy that’s not a boom and bust cycle… We’ve done a lot of planning to ensure that we are ahead of the curve. I think we’ve done a good job of attracting families to move here.” 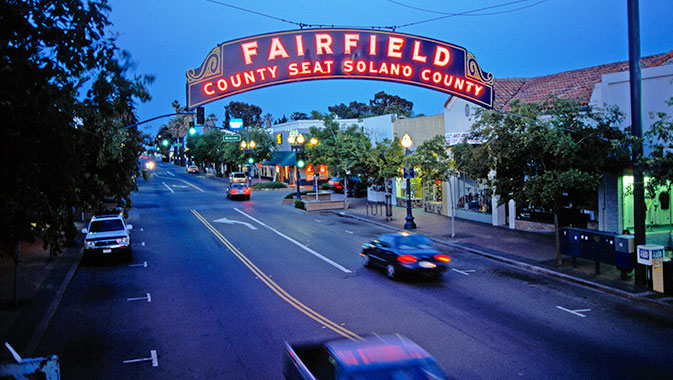