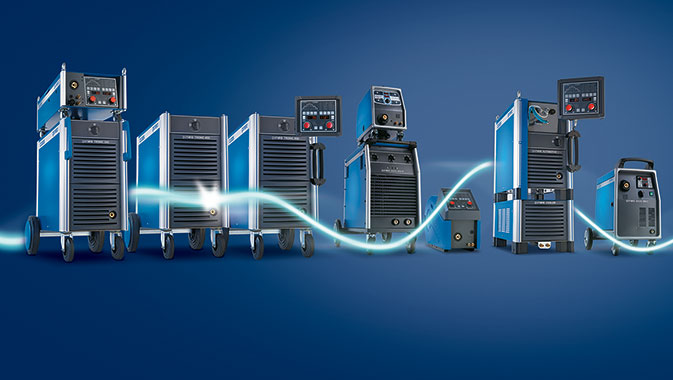 Cloos Robotic Welding was founded in North America late 1985 as a subsidiary of Carl Cloos Schweisstechnik GmbH, located in Haiger, Germany. Cloos Schweisstechnik has designed, developed, manufactured and provided innovative, quality welding machinery to clients in over forty countries across the globe for almost one hundred years.

With over seven hundred employees worldwide developing and manufacturing its products, privately-held Cloos is a company focused on innovation for the betterment of its many customers. The company is one of the world’s recognized leaders in welding and robot technology and is active in industries such as construction, agriculture, commercial vehicles, military and mining.

Cloos Robotic Welding provides the best possible customized engineering and welding systems. Its products are precision-made with components that were designed and fabricated by Cloos for optimum compatibility.

“Cloos is an original equipment manufacturer (OEM) supplier uniquely qualified to offer, install and service every component of a so-called robot welding solution,” says Hartmut Boegel, president of the company’s American operations. “The unique product portfolio that Cloos has to offer as an OEM supplier has allowed us to grow our business over time and to become a major contributor to a number of industries for their arc welding automation needs.”

Before becoming president in 2008, Boegel began with Carl Cloos Schweisstechnik GmbH in Haiger, Germany in 1977 as a mechanical engineer which taught him the business from the bottom up. When Cloos began to integrate its welding technology with its robot technology, he had the opportunity to be “involved from the ground up.” He performed robot system installations, robot programming and demonstrations for robot welding applications and project engineering.

He moved to the U.S. permanently in 1997 and soon became the company’s vice president and general manager in 1998. A decade later, he was president of the thirty-employee business. “I can say I have thirty-five years’ experience in the welding robot industry and sixteen years’ experience in operations-subsidiaries management,” states Boegel. His work has seen the opening, in 2001, of a subsidiary of its own in Monterrey, Mexico called Cloos Robotic de Mexico, which is also under Boegel’s responsibility.

Among the products produced by Cloos are peripherals, accessories and the company’s technologically advanced QINEO® welding machines and QIROX® robots. These and other welding processes – such as the innovative Tandem wire welding process that Cloos created in the 1990s – enable clients to have production lines that are extremely efficient, highly cost-effective and have boosted productivity.

Over the years, Cloos has remained at the forefront of robotic innovation and has never lost sight of its goals of assisting its customers “in reaching their manufacturing objectives by developing personalized, turnkey automated welding solutions.” In the country town of Haiger, Germany, all products and processes are rigorously tested under real-world conditions and must meet rigorous DIN EN ISO 9001 standards. The research, design, development and manufacturing of all components for arc welding projects come from Cloos, assuring clients of the best quality possible.

To create over 2,000 products in its range – such as the unique Tandem wire welding process – Cloos has a highly-skilled team including mechanical engineers, offline programming engineers and qualified designers. Tandem has been a success since it was introduced to the U.S. market in 1996. With two in-line wires fed simultaneously and melted into two arcs, extremely efficient welds are made. Since the two electrical circuits are separated, the arc can be controlled with a high degree of precision, resulting in an extremely high deposition rate, reduced chance of porosity and low heat input. Tandem is useful for welding a range of thin to thick materials and is used on aluminum, steel, chrome nickel materials, high-strength steel and coated plates.

“The benefit will be less equipment, less capital investment, less floor space, less heat input –which results in higher system throughput – shorter weld cycles and saving real money with each and every system installation,” says Boegel. “We consider ourselves as the undisputed market leader for the Tandem welding technology and are prepared to keep this position for decades to come.”

Cloos is behind other innovative products, including QINEO welding machines and QIROX robots. QINEO welding machines represent the next generation of welding power sources for both manual and automated operations. The machines have been developed, engineered and quality constructed for use in a range of commercial and industrial welding processes. Modular QINEO machines can be configured to meet exacting needs and production requirements for any customer. QINEO is logically designed for functionality and saves clients time during maintenance, making retrofits and upgrades as easy and effective as possible.

Another Cloos product, the QIROX robot, is leading the way in the industry. Modular QIROX robot components are manufactured to work in harmony with one another “from the robot base to the axial tube.” This allows clients the ability to create the customized welding robots needed for their production requirements. The robots are made in three capacity classes, and customers can choose from the QIROX 320, 350 or 410, depending on needs.

Both the QIROX robot classic (QRC) and the hollow shaft (QRH) models are designed and engineered for floor or overhead mounting. Best of all, QIROX robots can readily be combined with other Cloos components such as changing systems and sensors.

“We realized quickly that our high-tech robot and welding technology developed and manufactured from one source was – and is – very attractive to our customer base for decades already and many more to come,” states Boegel. “Cloos’ arc welding system technology has pioneered in many different industries the way robot welding automation has been approached and executed among the industry leaders and their significant sub-suppliers. Over the years, we have bonded with many of the major industry market leaders such as Caterpillar, Volvo Construction and Case New Holland, to name a few.”

ISO 9001 certified Cloos plans to increase its business by a large margin in the coming years, particularly in the south. Currently operating out of Schaumburg, Illinois, Cloos will have a Houston, Texas location shortly, which will be a solid foundation from which to support customers in the south – primarily in oil and gas, railway and construction equipment industries.

“Our target must be to close the gap on knowledge transfer in every region so that Cloos customers stay ahead of their competition,” says Boegel.

This year marks the thirtieth anniversary of Cloos in the U.S. The company will recognize this achievement by expanding its current facility to include a technology center and training area. It will feature a showroom to demonstrate the latest technologies, such as the Tandem welding process, narrow gap welding technology, rapid weld technology and Root Penetration Control for manual welding applications. Expansions are expected to be completed by this August.

“We are convinced that the leading edge of Cloos robot welding technology will benefit our existing customer base as well as attract new prospects to further grow our business in North America.” 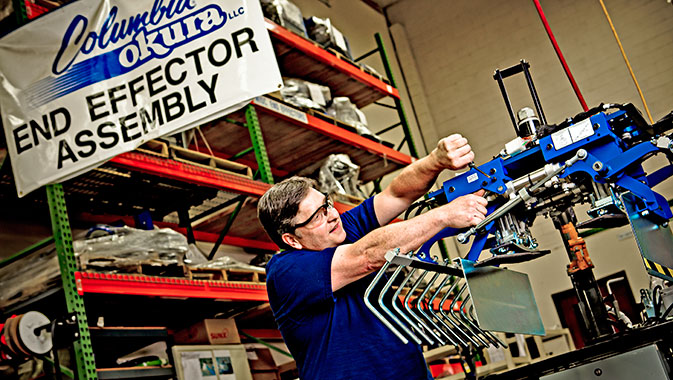 Robotic Industry Automation at its Finest