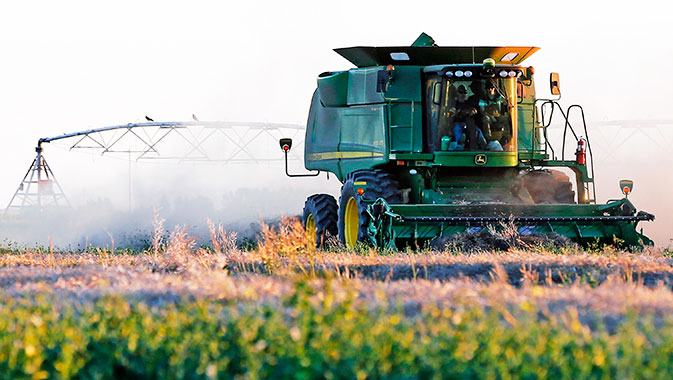 Since 2002, The Economic Development Alliance (EDA) of Southeast Alberta has played an integral role in stimulating rural economic growth and development interests of the Town of Redcliff, Cypress County, the Town of Bow Island and the County of Forty Mile. The EDA of Southeast Alberta remains a focal point for regional economic development, providing crucial industry knowledge, supporting companies and building collaborative partnerships in the region.
~
From agriculture to advanced technology, the EDA of Southeast Alberta assists rural economic growth in the province. Since joining the EDA in April of 2014, and becoming executive director in January of last year, Theresa Hardiker has overseen a number of changes to the not-for-profit economic development alliance. “The City of Medicine Hat used to be part of our organization, and once they decided to step back and form their own economic development organization, we became one hundred percent rural-focused,” she says. Hardiker and a part-time executive assistant work with four satellite offices.

The Economic Development Alliance of Southeast Alberta has a strong focus on four key sectors – agriculture and greenhouses, advanced technology and manufacturing, energy (including renewables) and tourism. Since the changes in the alliance, it operates more directly in its four main sectors than ever before.

The EDA has strategic objectives in attracting investment, marketing and communications and the promotion, retention and support of businesses. It offers a wealth of valuable services for both companies and investors to help them connect with potential customers, professionals and industry leaders. Its services range from one-on-one mentoring and assisting businesses with access to government resources and funding to assistance with relevant industry reports and research.

Through dealing with local communities as directly as possible, the EDA has an increased awareness of the needs of new and established businesses in the area. “This gives us the opportunity to be a lot more aware than we were before,” says Hardiker. “The biggest change is being available in each of the communities and working directly with the business owners. That gives us the opportunity to be aware of what is going on in each of the areas we serve.”

The Economic Development Alliance of Southeast Alberta receives funding directly from municipalities, to promote southeast Alberta as a hub for regional economic development. It works to attract and retain investment by businesses and families and support a high quality of life.

“One of the things I’ve done over the last year is to do strategic plans for each of the municipalities underneath my organization,” comments Hardiker. “And one of the exercises for them would be to name all of the different economic development practitioners that function within the municipalities.”

The EDA of Southeast Alberta focuses on collaboration to ensure that the needs of communities under its jurisdiction are met. It maintains core values of creating sustainable economic growth, maximizing the value of resources and working with the region’s businesses.

Despite the province of Alberta being affected by the recent slowdown in oil and gas prices, the EDA remains fully committed to the growth of southeast Alberta. It has added further expansion and retention programs for existing businesses and provided those companies with more opportunities to diversify as well as different funding models. The goal is to ensure businesses have the best possible support.

Moreover, the EDA is investigating a labour group plan in conjunction with other rural economic development practitioners. While the Alberta government already has a regional job action plan that provides employers with funds to further educate employees, the EDA is focused on taking the extra step towards specific labour pools and groups that are available to relocate within regions.

Concentrating the EDA’s efforts on areas such as diversification, innovation and business expansion and retention programs is chief among Hardiker’s objectives. “That’s really the change we’ve been doing,” she said, “being available within each of the communities so that they can come and talk to me. Perhaps is it something as easy as sharpening their action plan or maybe it is looking at marketing their business in a different way.”

The area is home to the town of Redcliffe, known as the ‘Greenhouse Capital of the Prairies.’ Initially populated in the 1880s following the discovery of natural gas and coal, Redcliffe soon became popular with growers owing to its sunshine, climate and easy access to the TransCanada Highway (Highway No. 1). Redcliffe derives its name from the red shale cliffs over the South Saskatchewan River and is known for a range of greenhouse products such as tomatoes, green bell peppers, English cucumbers, flowering plants and trees.

The region presents considerable opportunities for the agricultural sector as it contains over 175,000 acres of irrigation land and another 2.6 million acres of pasture land. Combined with 2,500 hours of sunshine per year, this makes the area ideal for growers, agri-tourism, electrical generation, manure processing and year-round greenhouse operations.

The area is home to numerous advanced manufacturing companies. Some of the largest companies take advantage of southeastern Alberta’s reasonable land prices, low utility rates and robust infrastructure to produce products from chemicals and oilfield machinery to home furnishings and modular houses.

In the sectors of energy and renewables, southern Alberta has maintained a longstanding commitment to growth. Although there has been a downturn in oil and gas industry in recent months, renewable energy is – and will continue to be – an integral part of Alberta’s economy for generations to come. It has plenty of sunlight and open spaces for solar, wind and geothermal development. Moreover, with regular winds, wind farms that have been proposed for development in the region have the potential be some of the nation’s largest.

The region provides many competitive advantages for businesses and industry wishing to put down roots. It has a willing talent pool, excellent access to infrastructure such as highways and airports, reasonably-priced utilities and commercial incentives.

And then, of course, there is tourism and the glorious nature that is southeast Alberta. “We have it all when it comes to recreation,” says Hardiker. “From fishing to camping, downhill and cross-country skiing and more.”

In Alberta, there is no shortage of fun outdoor and indoor activities, ranging from the Medicine Hat Exhibition and Stampede to the world-famous Cypress Hills Interprovincial Park and the Red Rock Coulee Natural Area, the Medalta Art Studio and the Esplanade Arts and Heritage Centre.

“There many different, diverse opportunities here,” states Hardiker. “The thing I’m most proud of is the change and the opportunity to be working directly within the areas, and I feel that that is giving us the opportunity to be more aware and work directly to help those businesses. We are open for business and any unique opportunity people may be looking at in this area of the province.” 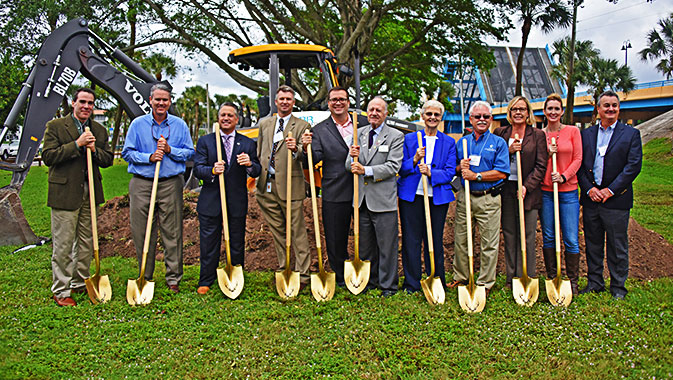