Made in North America

The Return of Manufacturing 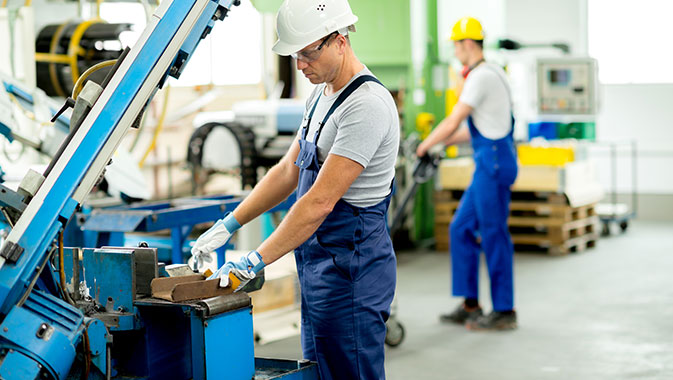 After years of bleeding manufacturers, the trend against American and Canadian production appears to be reversing – albeit cautiously. Giants such as General Electric, Toshiba, Airbus, and Google have recently announced decisions to produce goods in the U.S., while untold numbers of smaller manufacturers are reshoring after realizing that the pros of North American manufacturing outweigh the cons.
~
Over the last ten years, the United States has gone from losing around 140,000 manufacturing jobs each year to gaining 10,000 or more annually, according to a Reshoring Initiative report. In 2014, reshoring and related FDI trends continued to make impressive gains, increasing approximately 20% from record levels the previous year.

Until recently, the challenges of manufacturing in North America seemed insurmountable and millions of manufacturers fled overseas, seeking greener pastures. Substantial cost savings including rock-bottom wages and tax advantages pushed these businesses offshore as the cost of doing business in the U.S. and Canada rose. Before long, manufacturers who stuck it out in North America came to be seen as lonely holdouts operating on borrowed time.

However, emerging factors are beginning to lure manufacturers back. Consumers expect increasingly shorter delivery times, creating a new complication for overseas production. Goods traveling from Asian factories take weeks to cross the Pacific, forcing offshore manufacturers to store large quantities of inventory in North American warehouses. Shipping and warehousing is an expensive, complex endeavour. At any given moment there is around $1.7 trillion in inventory stored in the U.S., costing American businesses between $300 billion and $500 billion annually – approximately the gross domestic products of Denmark and Norway, respectively, Forbes reports.

Furthermore, maintaining large stores of inventory means that products may spoil or become obsolete before they can be sold, creating substantial financial loss. Import duties also add to the cost of offshoring, if the product is ultimately intended for the North American market. Forbes points out that these indirect costs related to offshoring are far more difficult to quantify than direct manufacturing savings, so many businesses overlooked them in the scramble to slash production costs by going overseas.

Conscientious businesses have also become concerned about numerous ethical considerations related to offshoring, from environmental impact and fair wages to worker safety, as well as the quality level of the product. These factors, in addition to a desire to support local jobs, have created a rising consumer demand for the Made in America and Made in Canada labels.

Perhaps most significantly, the cost of manufacturing overseas is no longer dramatically cheaper than manufacturing in North America; in some instances manufacturing in the U.S. and Canada may even be cheaper than offshoring. Five nations that have long been low-cost manufacturing havens – China, the Czech Republic, Poland, Brazil and Russia – are all losing their competitive edge, Boston Consulting Group (BCG) reports. Wages have risen substantially, particularly in China, where they have nearly quintupled since 2004. Energy costs are also on the rise in these countries.

As labour and energy costs skyrocket overseas, North America’s superior infrastructure is starting to have a measurable positive impact. Investments in information technology, transportation networks, education, and automation are paying off. In fact, Forbes reports that an American worker is associated with ten to 12 times the output of a Chinese worker due to American infrastructure investments. However, Forbes notes that the American infrastructure advantage is slowly dwindling due to Chinese infrastructure investment, but that the wage gap between American and Chinese workers is closing much more quickly, making American manufacturing increasingly attractive.

Automation may be the most critical factor when it comes to bringing manufacturing back to the United States and Canada. Robotic technology has the power to boost productivity while simultaneously lowering production costs, making the U.S. and Canada much more competitive locations for manufacturing operations than they were in the past.

Opponents to automation argue that it replaces American and Canadian workers – and if bringing manufacturing back to the U.S. and Canada does not also bring back the jobs that were lost, reshoring is largely a hollow victory. Critics do admit that automation creates some job opportunities, but only for those who hold a higher skill level. While high tech manufacturing positions are typically well paid and certainly benefit skilled technicians, critics believe that low skilled workers will still be left on the unemployment rolls.

Automation proponents sharply disagree with these critics, explaining that industrial robots hold the key to keeping manufacturing – and manufacturing jobs – in America and Canada. “What takes jobs is when companies can’t remain competitive,” says Jeff Burnstein, President of Robotic Industries Association (RIA). “That is when you lose jobs. And if robots can keep companies competitive, then they can save jobs and create new ones.”

Robotic technology is advancing rapidly, creating new opportunities for automation in an increasing number of fields. “Historically the automotive industry accounted for about 50% of the robot sales in the U.S.,” Mr. Burnstein reports. “But now we are seeing an expansion of the use of the technology in small to medium sized companies. They are driven by the need to compete globally and they are utilizing robots in order to compete and they are doing it with great success.” Satisfied businesses are joining forces with the RIA to tout the benefits of automation and encourage other manufacturers to follow suit. “Companies talk about the advantages of automating, what it meant to them, how it safeguarded their people, created better jobs, and allowed them to win business that they never would have won before,” Mr. Burnstein recounts.

One type of new technology that is making automation more accessible is collaborative robotics, which allows robots to safely work alongside humans. This ability will open many new doors for industrial robots that were traditionally off limits, such as final assembly operations. “There is a lot more assembly work that can be done with this new class of collaborative robots because those tasks are done side by side with people, and now you can put a robot in the loop there,” Mr. Burnstein explains. Collaborative robots can also be programmed much more easily than traditional industrial robots, making their use more manageable for smaller scale operations. “In a period of an hour or two you can take it out of the box and have it up and running.”

3D printing is also making North American manufacturing more realistic. Known as additive manufacturing, this technology “prints” layer upon layer – almost like a layer cake – until a three dimensional object is created. A 3D printer can create an amazing range of objects, from simple plastic knick-knacks to aircraft engine parts and even human organs. With over one hundred materials available – from plastic and nylon to metal and concrete – the possibilities for low cost, computer driven manufacturing are almost endless.

As manufacturing in the United States and Canada becomes more feasible, Trans-Pacific Partnership (TPP) proponents insist that the massive trade deal will help facilitate reshoring, citing the elimination of taxes and other trade barriers. Opponents are deeply sceptical of the TPP due to an unprecedented lack of transparency surrounding the deal as well as alleged threats to American copyright laws and concerns that special interests will come out on top.

Regardless of the positive or negative role the TPP may play, reshoring is becoming a serious possibility for an increasing number of companies. Of course, the phenomenon is still in its early stages and most businesses are demonstrating a measured response. For instance, many companies have only sent a portion of their production back to North America, while still keeping a majority of operations overseas. Other businesses are making the decision to continue offshore manufacturing entirely in order to remain close to emerging overseas markets.

Rome was not built in a day. Even if the return of manufacturing is happening at a relatively conservative rate, the trend is certainly giving good cause for optimism. When just one decade ago an exodus was underway, today’s statistics are nothing short of remarkable. And, with three to four million American manufacturing jobs still located offshore, according to the Reshoring Initiative, the potential for future manufacturing growth in North America is huge. 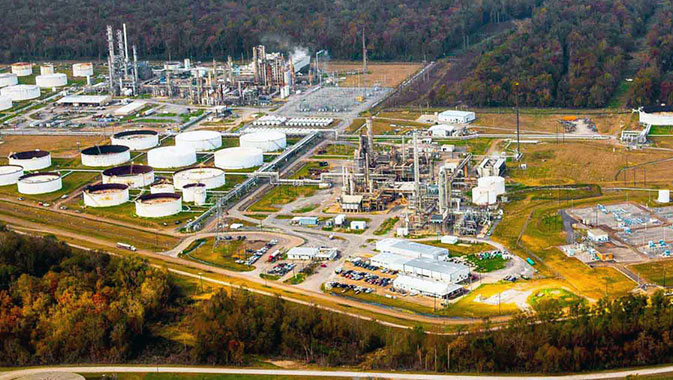 Moving Forward with a ‘Can Do’ Attitude

Made in North America