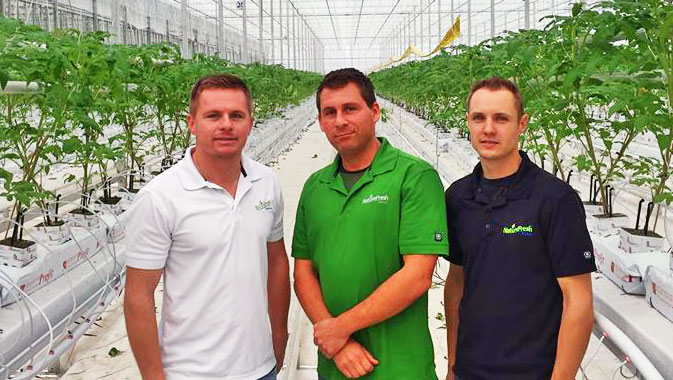 In the 1800s, when Fulton County’s early pioneers cultivated a lifestyle from fertile soil and open land, they built the foundation of a profound culture that would last a lifetime…
~
Twelve townships comprise Fulton County, Ohio and its population of 42,000 people. The county rests along the state border of Michigan – a short drive from major cities like Toledo, Detroit, Cleveland, and Chicago.

The lively city of Wauseon serves as the Fulton County Seat and it hosts one of the largest fairs in Ohio, drawing hundreds of thousands of visitors to the region every year. Residents enjoy an abundance of recreational activities that range from festivals to historic museums to farmers markets and outdoor leisure.

“The primary driver of our economy is agriculture, but by virtue of that, people here have a value system where they just grow up and learn to work hard, and that has continued throughout the generations,” says Matt Gilroy, Executive Director at Fulton County Economic Development Corporation (FCEDC), a nonprofit organization committed to the economic growth and prosperity of Fulton County.

Fulton County demonstrates the power of collaboration to realize a region-wide vision of a sustainable, prosperous, and economically viable future. The FCEDC partners with a network of public and private organizations to combine resources and maximize economic development initiatives. To invest in the future of its economy, Fulton County invests in the future of its people. Ongoing initiatives focus on education and workforce development – two fundamentals that shape the state of the economy. A strong workforce paves the way for new business, and new businesses pave the way for more jobs.

The region has plenty of opportunities for higher education, from two-year trade colleges to traditional four-year private institutions. While uncertainty in relation to factors such as job security and education costs has made some students wary of pursuing four-year degrees, trade schools have gained significant popularity – and Northwest State Community College (NSCC), located in Fulton County’s village of Archbold, illustrates why. It offers a wealth of two-year programs that involve targeted knowledge and hands-on training for particular careers.

The FCEDC has recently entered the early stages of an endeavor designed to prepare Fulton County’s younger people for the working world, and essentially, for a job in their community. Through collaboration with local high schools and employers, the FCEDC plans to create an accessible, shared database of job opportunities and qualifications, which will guide students on a path that correlates with a specific career. The gathered information can also steer economic development initiatives that respond to industry-specific demands. Employers will have access to trained workers and workers will have trained for a job that actually exists – the county not only builds their workforce, but also retains it.

Indeed, the abundance of skilled trade workers has shaped the county’s workforce into quite a talented group of personnel, particularly in manufacturing, a major source of local economic activity. Rich in its land resources and quality personnel, Fulton County has already drawn a string of leading conglomerates to its communities over the years. Worthington Industries, headquartered in Ohio’s state capital of Columbus, dominates the metal processing industry and operates a prominent steel factory in Delta, Fulton County, while Sauder Woodworking Co., based in Archbold, Fulton County, has positioned itself as a leader in North America’s furniture manufacturing sector, and its furniture-making plant employs more than 2,000 people.

“I’m not from Fulton County, but one of the things I was really surprised to learn is how successful Fulton County has been at attracting companies outside of the United States,” shares Gilroy. “Whether it be Australian, German, Canadian – we’ve had a lot of success working with people outside of the U.S. borders as they’ve entered our marketplace.”

ZF TRW, a world leader in automotive braking systems and technology, operates in over twenty countries, and recently executed a significant expansion of its manufacturing facility in Fulton County’s village of Fayette. North Star BlueScope Steel, a subsidiary of Australian headquartered company BlueScope Steel Ltd., operates one of the most profitable steel mills in North America, located in Fulton County’s village of Delta. Haulotte Group, a construction equipment manufacturer from France, invested in Archbold, Fulton County in 2001. Nature Fresh Farms, one of the largest independent greenhouse produce growers in Canada, opted to expand its operation to include a facility in Delta, and the company expects the facility to rank as the largest greenhouse facility in North America. The ongoing expansion will provide hundreds of job opportunities upon its completion in 2022.

For companies that seek expansion, Fulton County offers a range of attractive business opportunities, tax incentives and funding resources, recruitment and training support, excess capacities in water and wastewater, a highway system that provides access to customers throughout North America, and a strong telecommunications network. “I think companies that are considering a new location would be excited to learn what Fulton County has to offer,” says Gilroy. “We encourage anyone who would like to take a look at us to do so.”

The FCEDC also participates in a variety of endeavors to encourage entrepreneurship and support small business owners as they grow, creating more jobs in the community. “We try to do what we can as a county and as communities within our county to encourage people that would like to start their own business to do so,” Gilroy explains. “Through the Fulton County Economic Development office, as well as several other organizations, we do what we can to help people not only start their business, but also have the resources and the tools they need to succeed over the long-term as well.”

To engage young people, the FCEDC’s ongoing effort to retain its workforce also involves the creation of multimedia promotional materials that present the county in a way members of its younger demographic may have never seen before.

“I think anybody from a small community tends to take their community for granted over time,” says Gilroy. “This is our effort to show folks that already live in the area, especially younger people, all of the things there are to do here, and the types of career opportunities that are available to them – to encourage people to look beyond the forest and not have the tunnel vision that says, ‘boy, I have to move to the big city to be successful in my life.’ That isn’t necessarily the case.” 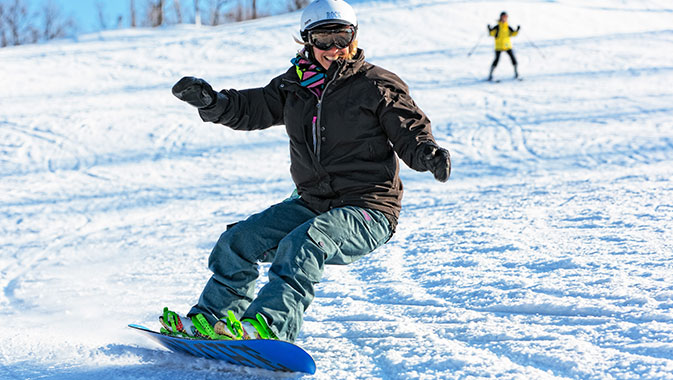